Super Eagles striker, Taiwo Awoniyi has been signed by Nottingham Forest for a club-record of $17.5 million 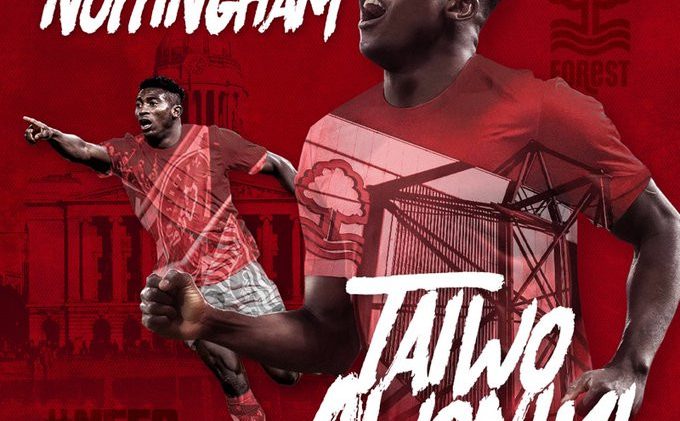 Super Eagles of Nigeria’s striker, Taiwo Awoniyi, has been officially signed by Nottingham Forest for a club-record sum.

The Union Berlin attacker reportedly completed a transfer for over £17.5 million breaking the previous mark established by Joao Carvallio, a portuguese midfielder in 2018.

Due to a 10% sell on option stipulated in his move to Union Berlin in 2021, his former club, Liverpool, will get £1.75 million from the transaction.

Speaking to the club website on Saturday, June 25, Awoniyi said: ‘I’m very excited to be here at Nottingham Forest.

‘It’s always been my dream to play in the Premier League and having spoken to Steve Cooper about our ambitions and looking at Forest, with its great history, it’s a club that I want to be part of.’

The former Liverpool striker chose to move to the Premier league despite interest from RB Leipzig, scoring 15 goals for Union Berlin in the Bundesliga previous season.

Before breaking through at Anfield, the 24-year-old joined Liverpool in 2015 and spent time on loan at six different organizations.

As the club looks to splash out during the summer transfer window, Awoniyi joins Forest as the club’s first foreign acquisition since their promotion to the Premier League last month. Previous Story:
Former seminarian who posted “I would rather die than cheat in my marraige” is advised to “Marry first” by Twitter followers