There are information regarding the Jon Snow focused Game of Thrones spin-off that is currently under production.

George R.R Martin, the author of Game of Thrones, has confirmed his participation in the Jon Snow spin-off series and providex some teaser information.

The 73-year-old writer said that Kit Harington’s character is the inspiration for a follow-up series with the working title Snow, but he’s keeping quiet until an official HBO announcement.

‘Our working title for the show is SNOW. There’s not much more I can tell you, not until HBO gives me a green light.

‘It seems as though Emilia Clarke has already mentioned that SNOW was Kit’s idea in a recent interview. So that part is out. Yes, it was Kit Harrington who brought the idea to us.

‘I cannot tell you the names of the writers/showrunners, since that has not been cleared for release yet… but Kit brought them in too, his own team, and they are terrific.’

Martin also discussed his own role in the program, saying that he’s also a part of the other upcoming spin-offs including Ten Thousand Ships, The Hedge Knight and The Sea Snake.

‘Various rumors are floating around about my involvement, or lack of same.   I am involved, just as I am with THE HEDGE KNIGHT and THE SEA SNAKE and TEN THOUSAND SHIPS, and all the animated shows,’ he continued.

‘Kit’s team have visited me here in Santa Fe and worked with me and my own team of brilliant, talented writer/ consultants to hammer out the show.’

Martin emphasized that “all four of these successor shows are still in the script stage” and that, as with all development, a green light is far from certain. “The likelihood of all four series getting on the air, well, I’d love it, but that’s not the way it works, usually.”

The actress, Emilia Clarke, who portrayed Deenerys Targaryen, the Mother of Dragons in the fantasy series, also disclosed that Kit personally informed her about the impending sequel, which is rumored to take place after the events of the first program.

“He has told me about it.

“And I know it exists. It’s happening. It’s been created by Kit as far as I can understand, so he’s in it from the ground up. So what you will be watching, hopefully, if it happens, is certified by Kit Harington.”

When asked whether she could ever reprise her iconic role as Daenerys Targaryen, she replied, “No, I think I’m done.” Previous Story:
A man in Sokoto State claims he has received death threats as a result of his support for Peter Obi, the Labour Party’s Presidential candidate in Nigeria’s 2023 election 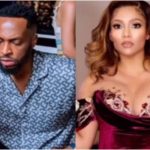 Next Story:
#BB Naija’s Maria celebrates birthday of the rumored boyfriend she was involved with in a romantic scandal calling him “baby”