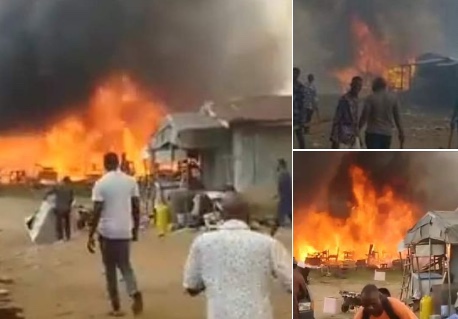 Recall that there was a crisis at the market, after an unidentified female trader fell off a commercial motorcycle and was crushed to death by an articulated vehicle on Wednesday, the 18th of May, 2022.

After inspecting the scene of the incident with FCT Commissioner of Police Sunday Babaji, Director State Security Services, other sister security agencies, and top FCT Administration officials, the Minister ordered that the market be shut down indefinitely. He charged the community and market leaders with finding the thugs responsible for the crisis.

”The community and market leaders must fish out hoodlums and bad eggs among them, unfortunately, this time around hoodlums carry arms and they shot innocent people.

As a matter of fact, I saw four corpses this is very sad and totally unequivocally unacceptable in Abuja.

We have agreed with security agencies that full-scale investigations will be done, and the communities have to be part and parcel of the solution or else there will be no peace.

In the interim the timber market and the surrounding markets, including all the activities on-road that have clustered the road and made it unpassable will all stop untill the technical team reviews everything, and then we will take the next decision.”

Vice-Chairman, Timber Shed Market Dei-Dei, Ifeanyi Chibata, informed the minister and his team that 45 to 50 shops and 25 vehicles totaling over one billion naira had been set ablaze. Also, the Secretary Tomato and Onion Sellers Association Dei-Dei, Dahiru Mani disclosed that four persons were killed during the clash in the market.

He urged the minister to ensure that the market has a police division with sufficient personnel. 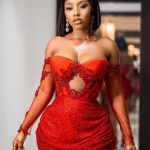 Previous Story:
Mercy Eke reveals she’ll like to have an OnlyFans account but she’s concerned about how people will react 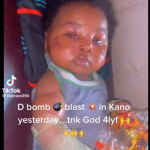 Next Story:
Mother share video of her baby, who survived the Kano explosion.