Priest shares story of how a woman died because a piece of clothing was forgotten in her during CS. 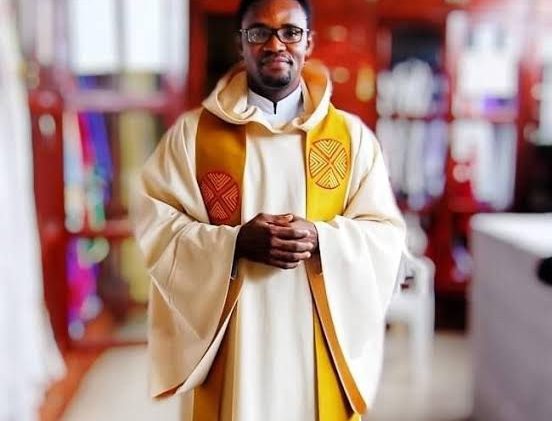 Malawi based Nigerian priest, Fr Kelvin Ugwu has talked about how a woman died because doctors forgot a piece of clothing inside her during a caesarean session.

According to him, he was called to pray for the patients. The family member had taken to seek for spiritual help after being sick for a long time and there was nothing proven to be wrong with her medically, until he requested that the woman be taken to another hospital, where it was discovered that a piece of clothing was forgotten inside her, but it was already too late.

According to him, people should apply sense to faith.

“Sometimes I may appear hard on some issues, so many people might misunderstand my intention, but what I talk about here are born out of experiences.

I had an experience that broke my heart. It was after that experience that I told myself not to be silent anymore on religious abuses and bad governance. I sincerely pray and hope that after reading this, it won’t spoil your mood much.

In May 2016 when I was still working in Lagos, a parishioner ran to me requesting I come to pray for her neighbour who was seriously sick. I could read all over her that this neighbour of hers must be dying, so I hurriedly followed her.

When I entered the sick woman’s house, everywhere was dark. In Lagos, most buildings have windows in which opening them are as good as closing them because of their proximity to the wall of the next building. Most people use torchlight or candlelight in their rooms even on a sunny day.

With the aid of candlelight, I saw the woman sitting on her bed. I could see PAINS written all over her. And when I say pains, I mean the one that makes you understand that the word “pain” cannot truly describe real pain. She was wearing nothing. Her stomach was big, about the size of a slim woman carrying nine months’ pregnancy. But I was told she was not pregnant. This got me confused.

I was told she delivered a baby girl in January through Caesarean Section (CS) in a hospital in Port Harcourt. Her problem started after the operation. Nothing happened to the baby though, but the woman left the hospital with the feeling that everything was not alright. Few days after, the stitches loosened; she went back to the hospital, and it was sown again.

Few weeks later, she started feeling serious pains, her stomach started protruding, so she went to the hospital. Scans and tests were conducted, but nothing was discovered. According to the doctor, nothing was wrong with her medically. But since she complained of pains, she was given painkillers. When the problem persisted, her sister brought her to Lagos.

As expected, since the doctor already said she was medically fine, everyone and including herself started feeling her problem was spiritual. She sought spiritual help from many angles. People started suggesting names of those considered as “powerful” ministers and “powerful” churches.

Her sister took her to a church in Lagos for prayers and deliverance. She was being carried every day for prayers. She was practically in the church every day. The pastor will pray and pray, tell her to drink Goya oil, ask her to fast and do so many things I just don’t want to state here. Every day, her situation got worse.

By the time I met her, it was almost getting to five months since the CS. By this time, her stomach had protruded so much that you can’t differentiate it from a nine-month pregnant woman. Yet, she was not pregnant and there was no medical explanation for it. The pains I saw on her face, I can’t even wish my ‘enemies’ such pains.

After praying for her, I told them to go to a better hospital for another scan, and that they should do it immediately. With the help of her sister, she was taken to Gbagada General Hospital in Lagos. They carried out a fresh scan. After the scan, the result shocked everyone.

It was discovered that there was something foreign in her lower abdomen around the intestine. According to the doctor, a piece of cloth was forgotten in her stomach after the CS. This piece of cloth had already decayed inside, mixed up with the intestine, and had destroyed some delicate tissues. There was no other way for her except an operation in which the chance of survival was slim.

The operation was done. It was successful. But the woman went into a coma. I prayed for her, visited her, but she never woke up from that coma. That was how she died.

This broke my heart greatly. I cried.

You may attack me when I talk about so many things online, you may hate my gut and blackmail me. . .you may think you are more spiritual, but I know that one day you will search your heart, one day you will remember all I have been saying, one day you will learn that my advocacies are not about catholic versus the others.

I am a strong lover of God. I pray countless times in a day. I believe in God, in miracle, in his mighty powers. . . But, I also believe in the God who gives reasoning and common sense to deal with practical issues. God of reasoning is not at war with God of faith. That is why some of you are not balance. You have faith, but you don’t have sense.” 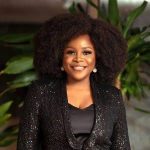 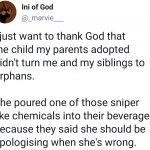 Next Story:
Twitter user narrate how her parent’s adopted daughter almost killed them.