Media personality recounts how her friend rented an isolation center as an apartment in Lagos. 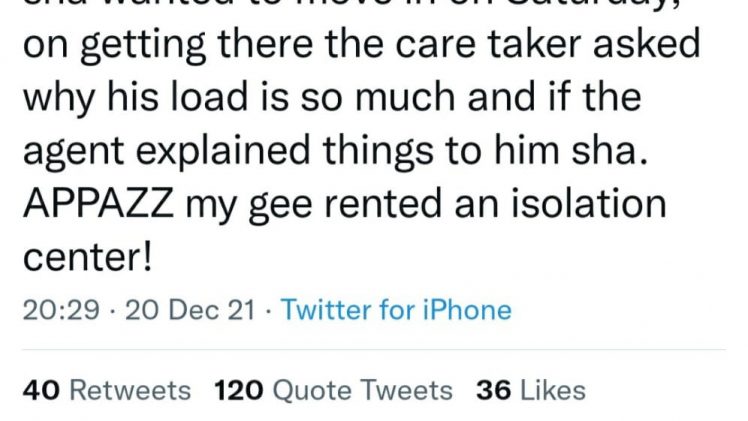 Nigerian media personality Teefah Hassan has recounted how a friend of hers rented an isolation center as an apartment in Lagos.

”Lagos is actually a very wild place, so a friend of mine needed a place to stay on the island cus of work but couldn’t afford the standard island prices nau. So he sha found some type of shared hostel apartment,he inspected it and it looked okay, only him in the 2 man room.

Everything seemed fine until they asked if he was always home, Baba said “not really” shouldn’t he have been worried? Lmaooo he sha went ahead to pay for it, even paid agency it’s 50k monthly and 40k agency, his God sha had mercy on him

And he paid for only 1 month, agency included, everything was sha 90k, he sha wanted to move in on Saturday, on getting there the care taker asked why his load is so much and if the agent explained things to him sha. APPAZZ my gee rented an isolation center!

I’m actually dying cus whuttttt!!! Eko ya werey but I didn’t know the werey has reach express” 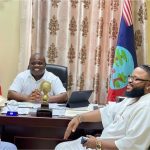