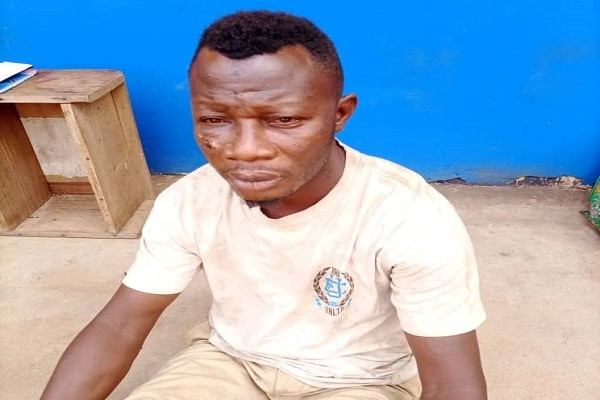 A 38-year-old man, John Christopher, who killed his wife in Edo State has claimed that she insulted him after refusing to lend him money to pay a debt.

The suspect, a waste management truck driver, who is described as a drunk and chain smoker by the eldest of his three children, Augustine, killed a 30-year-old businesswoman at their home located at No. 1, Agbontaen Street beside Ebvareke Secondary School, off Agboniro Street, Uselu, Benin City, on Saturday night, June 26.

The woman was said to have collapsed and died after John used his trouser’s belt to whip her over a TV remote control.

The problem first began after the mother of three refused to lend her husband N1,500 to pay off his debt in his neighbourhood.

Speaking with Standard Gazette crime correspondent, Festus Alenkhe, the suspect, who is from Kokori in Delta state, described his wife as “selfish and rude” for refusing to give him the money.

“I am a waste management truck driver in Benin city and have been married to my wife for thirteen years now. We have three children, and the first child is twelve,’ the suspect said.

“But my wife refused, and the next thing I saw was that she collected Television remote to change the TV channel. So I stopped her, and she started insulting me. That was how I used my trouser belt to hit her, and she collapsed. The neighbour rushed her to the hospital where she died.” he added.

It was learnt that John attempted to escape after realizing his wife had died but was apprehended by the residents.

He was then handed over to the police at Textile Mill road in Benin city, who handed him over to the State Criminal Investigation Department of the Edo state police command for further investigation.

Meanwhile, spokesperson of the Edo State Police Command, SP Bello Kontongs assured that the man would be charged to court for murder.

He called for calm from the deceased’s family, adding that a diligent investigation would be carried out.

The body of the deceased, Mrs Christopher, who is a petty trader, has been taken to the mortuary for autopsy. 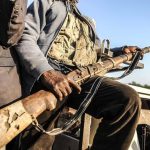 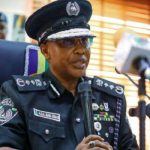 Next Story:
We’re working to ensure Nigerians can sleep with their two eyes closed – IGP