#BBNaija Day – 25: Housemates Lose their Wager | Biggie not impressed with their ‘No Means No’ Campaign 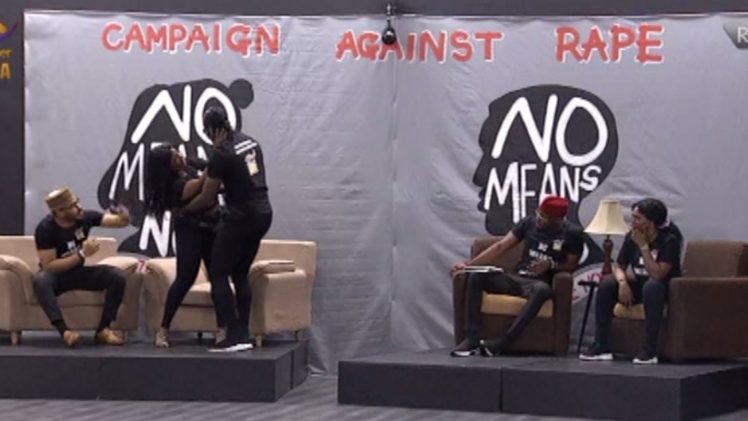 The Big Brother Naija Housemates spent the majority of their free time this week preparing for their Wager Challenge by practicing their “No Means No” play and cramming their fun facts about Nigeria.

Part one: The Quiz
The first part of the Wager Challenge was a quiz on fun Nigerian history facts. After being summoned to the Arena by Biggie, the Housemates were instructed to divide themselves into a Black Team, and a White Team, with equal numbers of males and females in each team. After fumbling through the selection process, Biggie informed them that he would be choosing the teams for them, as they took too long to decide. The team’s Biggie selections were as follows: The rules for this portion of the Wager Challenge were:

When it came time to do the deed and see who knew their facts best, the results were surprising. Praise and Tolanibaj both struggled and didn’t manage to answer any of their questions correctly. The Housemates who flexed their cranial muscle by having their fact game on lock were Prince, Dorathy, Lucy, and Nengi. The surprise of the quiz was Kaisha who seemed unsure but still managed to get two correct answers. Joining her in the select group with two questions answered correctly was Erica.

At the end of the quiz the score was:  White Team 10 – Black Team 8, handing the win to the White Team

Part two: No means no presentation
This part of the Wager Challenge was focused around highlighting the scourge of gender-based violence. The Housemates created a play that touched on the different instances that this heinous crime can occur. The presentation was expertly narrated by Vee, featured a poem by Laycon, and showcased fantastic performances from all of the Housemates with Erica and Praise being the most noteworthy Once they had completed the performance, Biggie asked ominously: “Is that all?” Though the presentation was poignant, the Housemates fell far short of the allotted time for the performance. Kiddwaya attempted to soothe Biggie by explaining that the majority of messages that he had seen on the subject matter were concise like their effort. This was the reason that their presentation was succinct but still managed to highlight many varied instances of gender-based violence perfectly.

This explanation didn’t manage to sway Biggie’s opinion and the Housemates winning streak came to an end. The presentation was perfect, but not following the rules led to the Wager Challenge being a loss 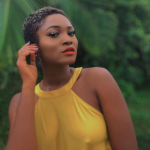 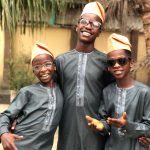