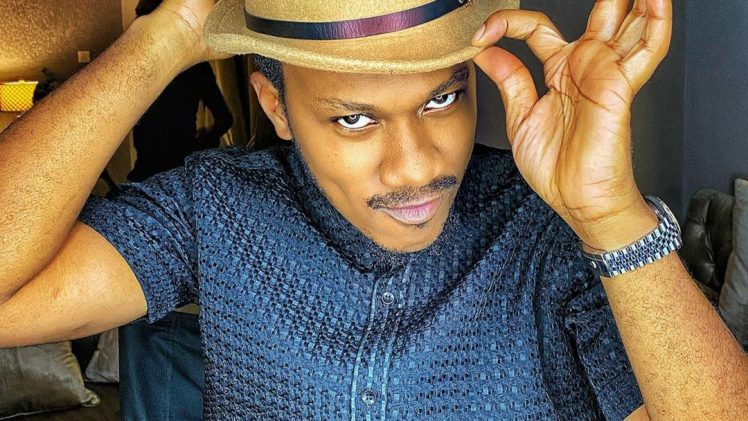 While we are anticipating the release of TMC season 3, we had an interesting conversation with one of the lead men/cast “Louis”. He opened up to Glance about what getting back on set to film the new season of TMC felt like. He also gave us an inkling of what to expect in the new season.

You’ve been working on the Season three of The Men’s Club, what was it like getting back on set after a long break due to the pandemic.

I was very uncomfortable when I got the email about getting back on set. Because it was still at the thick of the virus and there was still a lock-down. Getting the email was a little unnerving! But we were assured that we will be working in a very safe environment. That really calmed me down, the cast and crew were tested for Covid19. And all the safety precautions (the gloves, the mask, the sanitizers and everything) was really refreshing.

Because, it just makes you feel loved actually. The fact that they would go through all that trouble to make sure you’re safe and healthy! And seeing everyone again and getting to work on the project was lovely

What should we expect in TMC season 3? 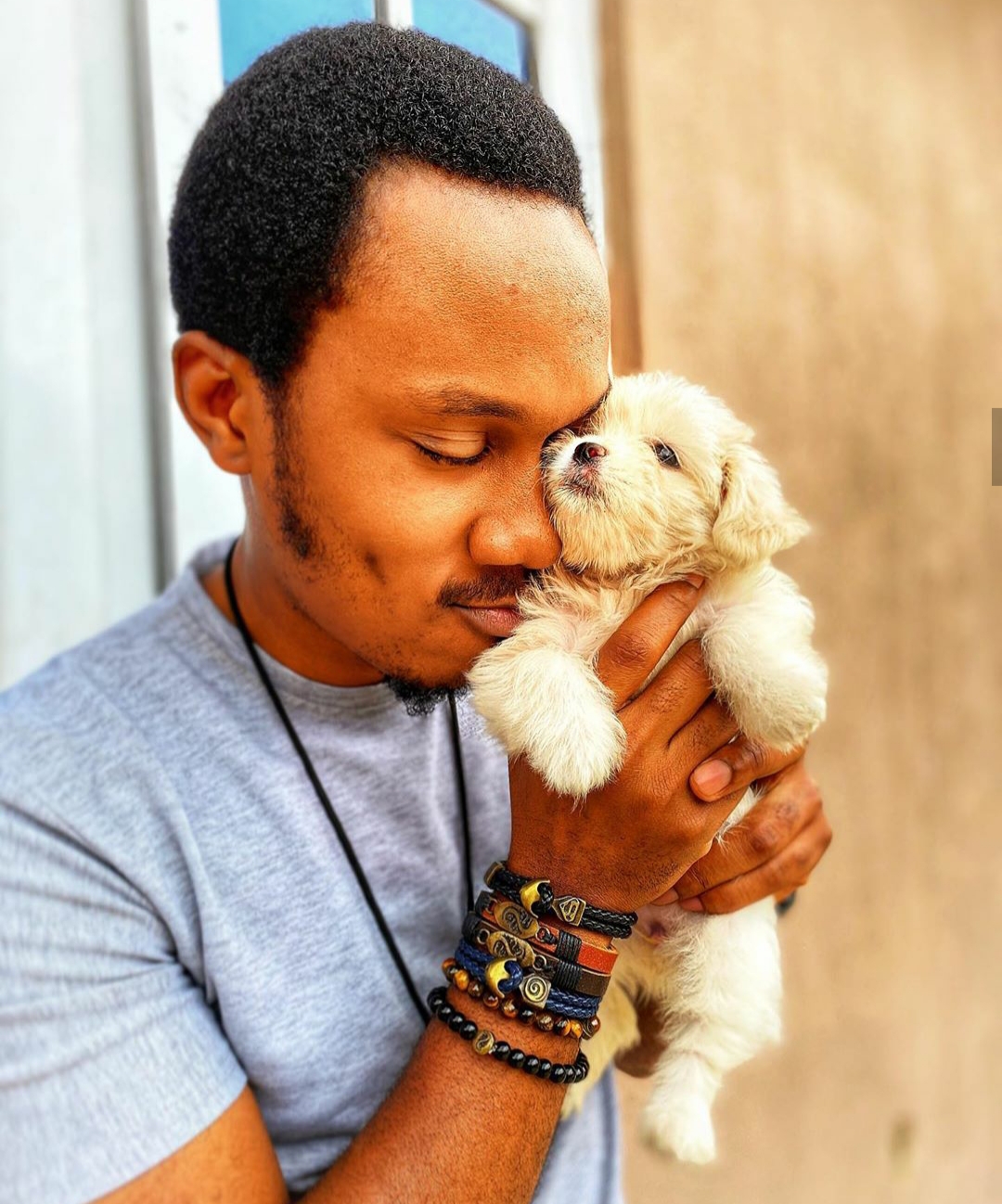 And expect a lot more. Because this season Dami Elebe really went over and beyond with the script. She really went far with it. A lot of time we are running scenes and we could feel so much of the spirit of the character in the lines. Its amazing. And she really took the drama to another level. Like characters are growing, they are learning, they are developing but still, making mistakes. Which just makes it a lot more interesting. So expect a great time.

Would you say you have built a lifelong friendship with other male cast?

As an individual you are always growing, and changing and learning new things. So, the kind of people you’re cool with now, you probably might not be cool with them in 2, 3 years from now. So i can’t say! But, they are a lot of great people on the set! I think that really bleeds into our work a lot. I have been saying it, that I think they went for some serious prayers mehn, lol because they really got lucky with the cast and we all get along so well. We are pretty good friends. So, who knows?

We absolutely love the chemistry between Louis and Lola: How do you prepare, to be able to bring the right amount of realism and emotion to a scene? 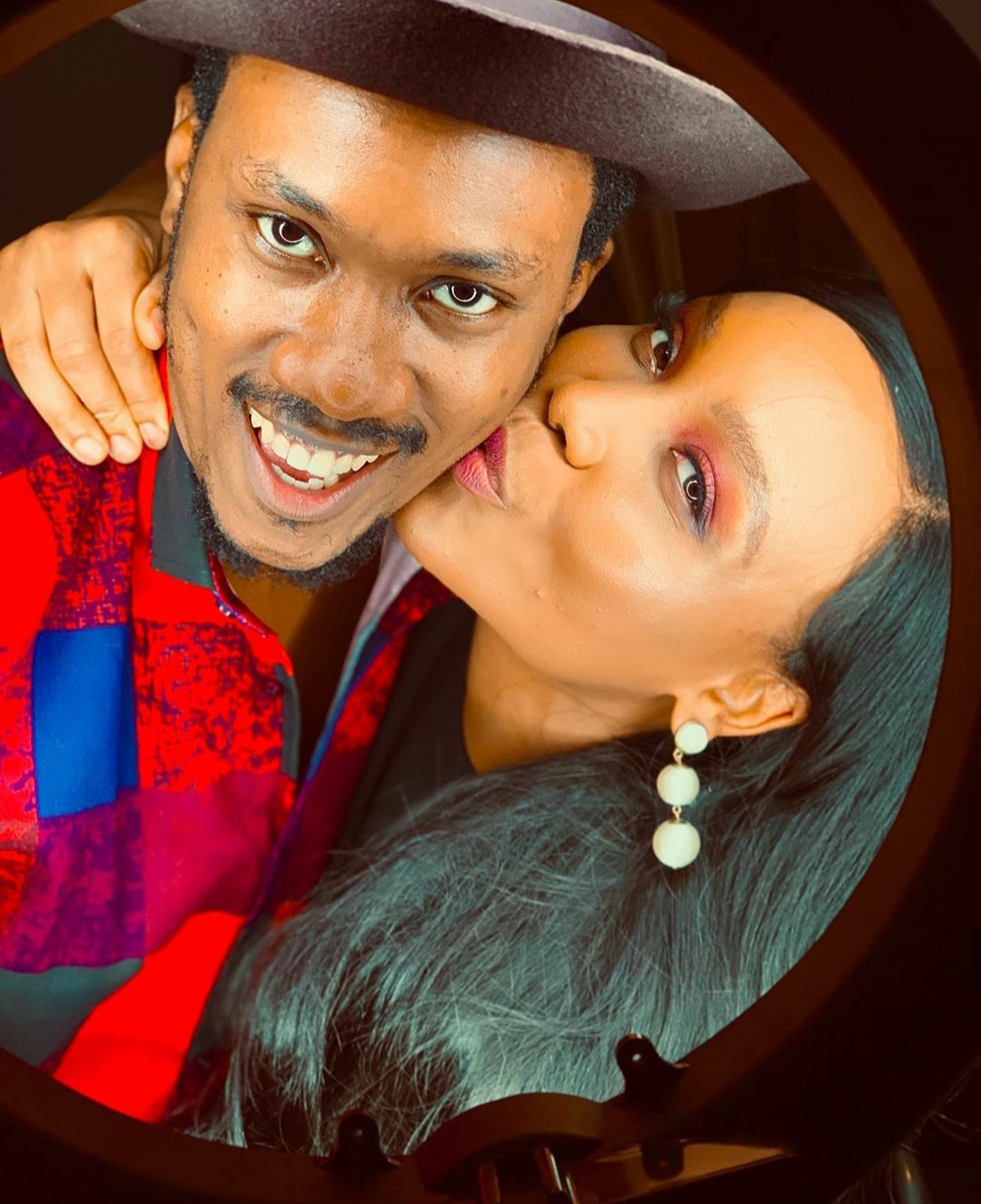 First the writing in the script is good! And the environment is good. But it really helps if you’re working with a really quality actor, because you learn from the actor. And the more you guys work together, the more you can feel the chemistry and how better of an actor you’re becoming. So the quality of the actor definitely helps.

Both Nengi and Ijeoma are amazing! And I happen to have known Ijeoma for a while, I got to meet Nengi through TMC and they are such lovely people. They are fun, they bring such amazing , positive, strong, lovely energy to work, to everything they are doing. So its very easy to vibe and really enjoy things with them.

So when you’re not doing a scene with all that in the background, it just translates into great chemistry and great work. The person you’re doing it with really helps.

How would you say your character has grown over the years?

I still remember the 1st few episodes and the thing you could tell about Louis is, he doesn’t care about anything! And his mum pretty much talks and he jumps but now he has grown into this individual who definitely does not jump when his mum talks. And he started to care about things more. Some things are now starting to be important to him that he tries to make sure this works as oppose to just letting anything go! “If it works it works, if it doesn’t work, it doesn’t work kind of identity”. I must say I really enjoy that transition with the character. You will see some of that in season 3 and how he has grown and the kind of decision he is making now. Its Pretty nice. And am pretty excited with where they are taking the character. I don’t know what Dami has planned for season 4. But I am excited.

In the last season of the men’s club, you proposed to Lola while still married to Tonye and then, you seem to be losing your hotel, comparing that to a real life situation, how would you handle the lies, the betrayals and all that emotion? 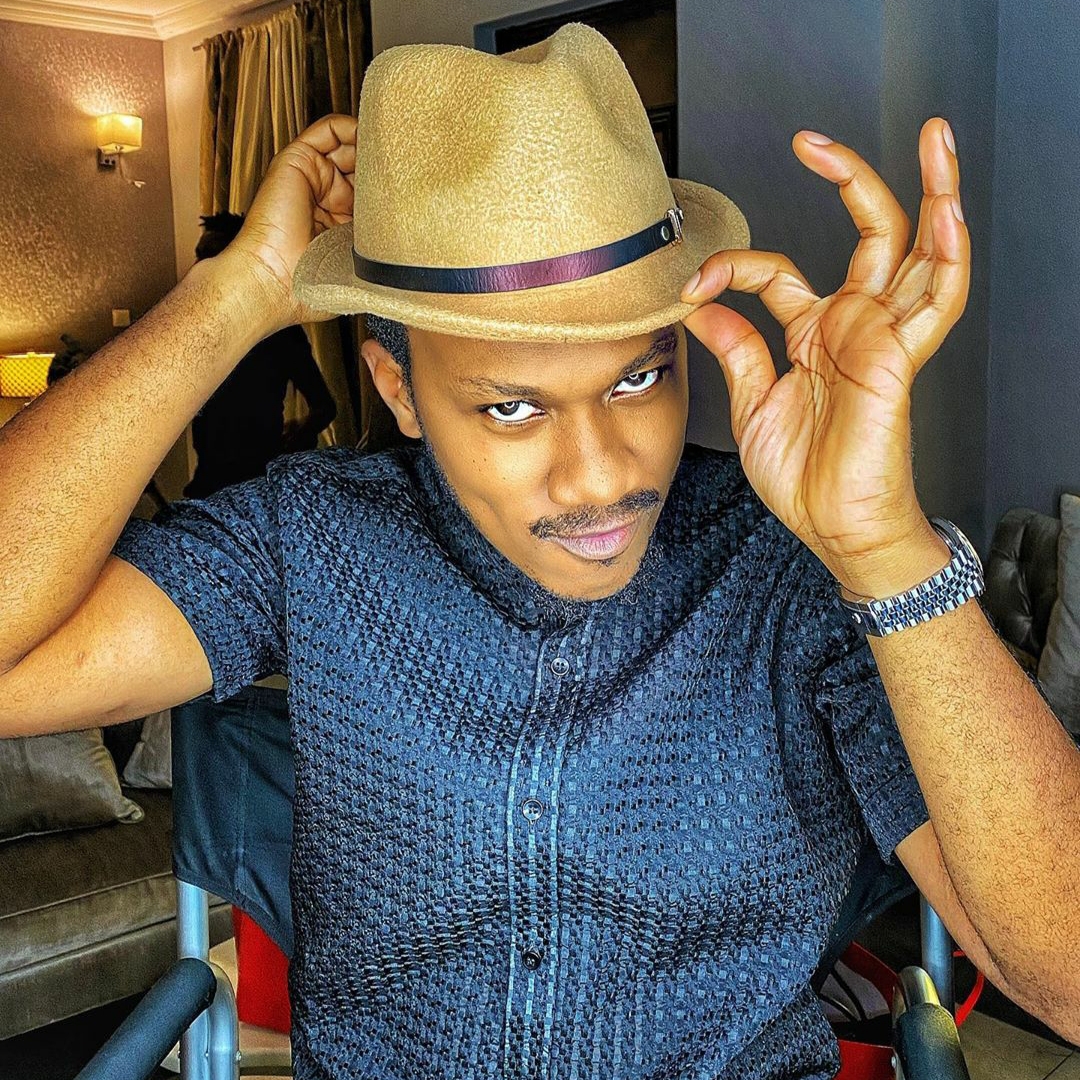 I really doubt I am the kind of person that will be caught in that kind of situation. Because trying to juggle 2 relationships on any level is already too much stress for me. Like, just 1 is enough! So trying to juggle 2 with the lying and back-stabbing and just constantly being on your guard is too stressful of a life for someone like me to live, how Louis is managing it is beyond me.

How will i handle it? I think i will crack. I will crack after a while and open up! “See, this is whats going on… This marriage can’t happen because i love this other girl.. mumsy what’s going to happen? Because I cant live like this”

I think eventually I will crack because I don’t have the stomach for that amount of stress.

Besides your Character (Louis) which character would blow people away in season 3?

First, you already saying my character will blow people away! Thank you very much. I appreciate that.

Hmm, there is so much happening in this season for me to easily just pick actually. I am just thinking through some of the scenes in the script. And too many names pop up. You’re seeing a completely different type of Aminu, Lanre hopefully is about to grow, Tayo is trying to get his life back together. And then there is Tiara who doesn’t want to get her life back together. Tumini is growing, Jasmine is growing. There is just so much growth. And its not even like growth in the right direction sometimes.

I really can’t put my finger on it. There is just too much going on.. its going to be crazy.

Should we be on our toes about Louis and Lola’s relationship? 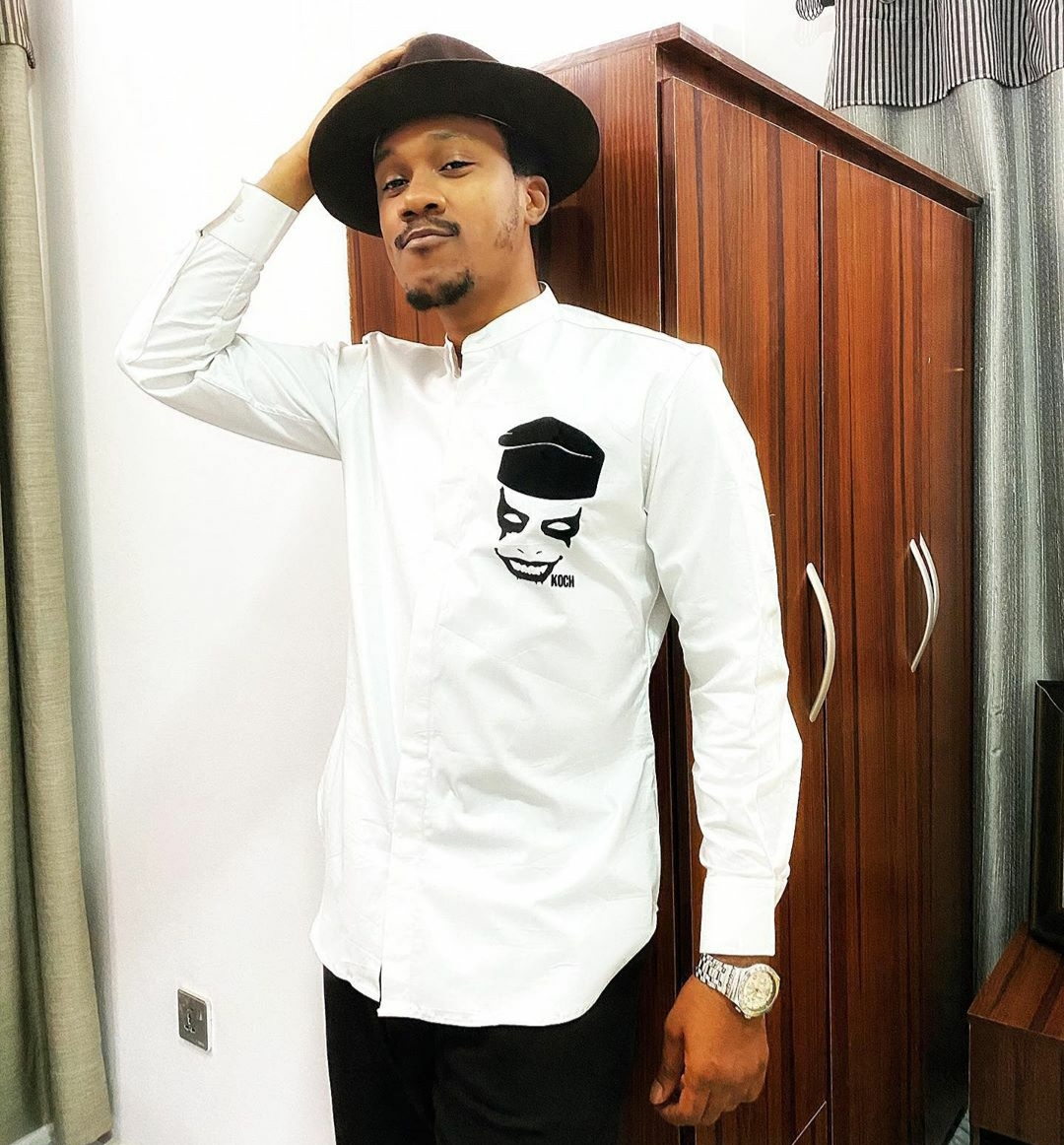 They are not the kind of people that can live in a world where there is no drama, issue or stress. Each of them just find a way to make sure they are in a stressful situation: as much as they complain about it. I don’t know, i think that’s how they like to live. Maybe that’s how a lot of people like to live. As much as you complain about the stress, you somehow do something that will make the stress come. It’s weird. So you can’t sit down and drink water and drop the cup when it comes to any relationship with the Men’s club. Let alone Louis and Lola’s relationship; that as beautiful and friendly as it looks, its surrounded with so much toxicity! Its crazy. So don’t settle down o. 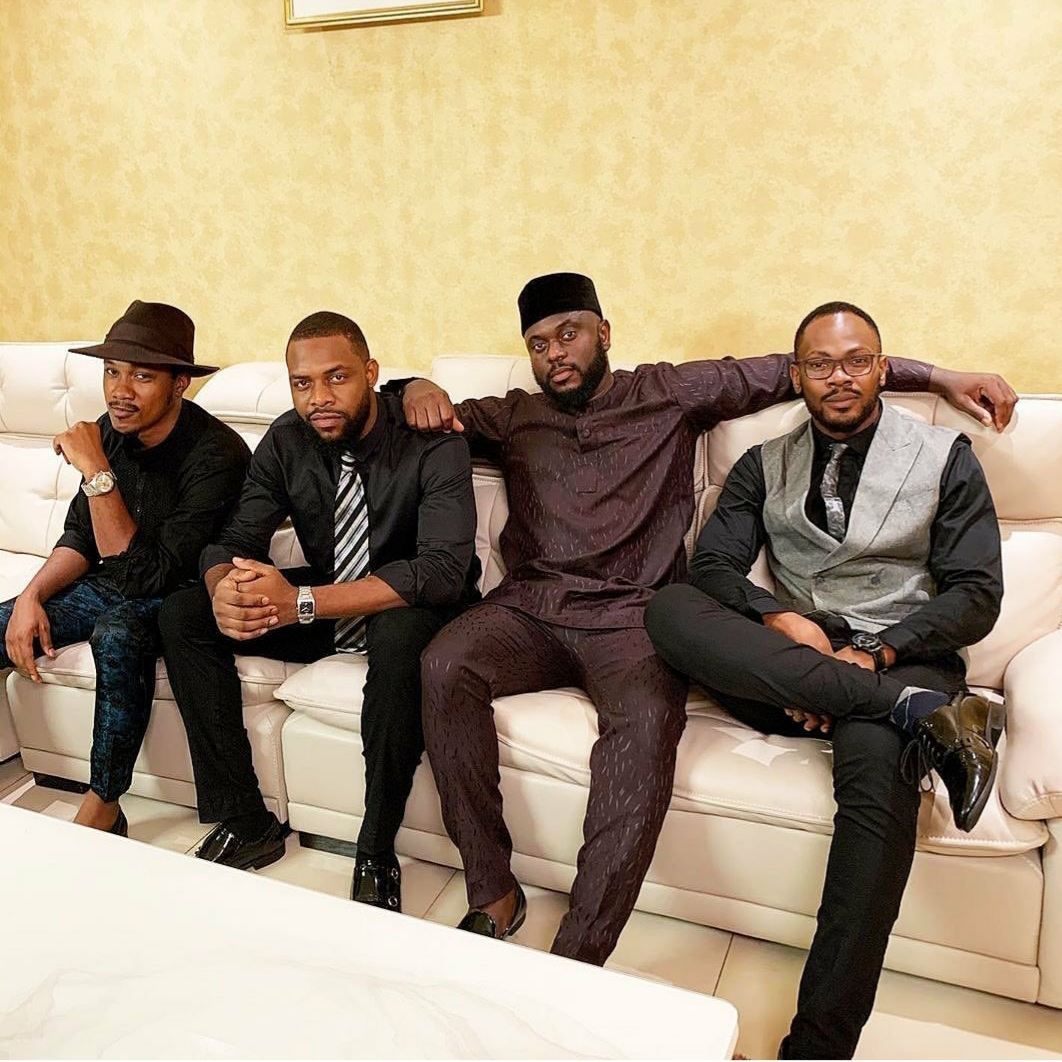 Should we have our eyes out for a major twist in season 3? What’s going to surprise people?

If I tell you to look out for a twist or surprise, then I have kinda ruined the twist and surprise because its no more a surprise, if you’re expecting a surprise. You know what i mean. So i actually don’t know if you should, because you might have already have guessed and you’ve seen the season 2 and you already know what’s going to happen or maybe not. So i don’t know.

Without giving anything away, what’s your favorite line of dialogue

My favorite line of dialogue would be, yoooo...

They’re so many this season. Dami Elebe really went over and beyond with the witty dialogue and gbas gbos come backs this season. They were so fun to play with but off the top of my head it’ll be – “Funny story. Did you know Lola chose that house? And the day I paid for it, we had sex in it.”

What would you want people to take away from season 3

The need to want to see a season 4. Which is actually going to be determined by you guys.

The reason why there is a season 2 and now a season 3, is because you asked for it. So if you ask for a season 4, there will be a season 4. So we hope, we have done enough to make you want to see season 4. Just so you know, apart from the story being crazy, and bringing on a lot of other magnificent actors like Shafy Bello, Sola Sobowale and so on and so forth.

Even from the technicality of it, the crews, the equipment, the shooting. Everything has been leveled up to a 100. So we really put a lot into this season and i am very confident that you guys are actually going to love it. I can’t wait for you to see it. I can’t wait to see it myself. 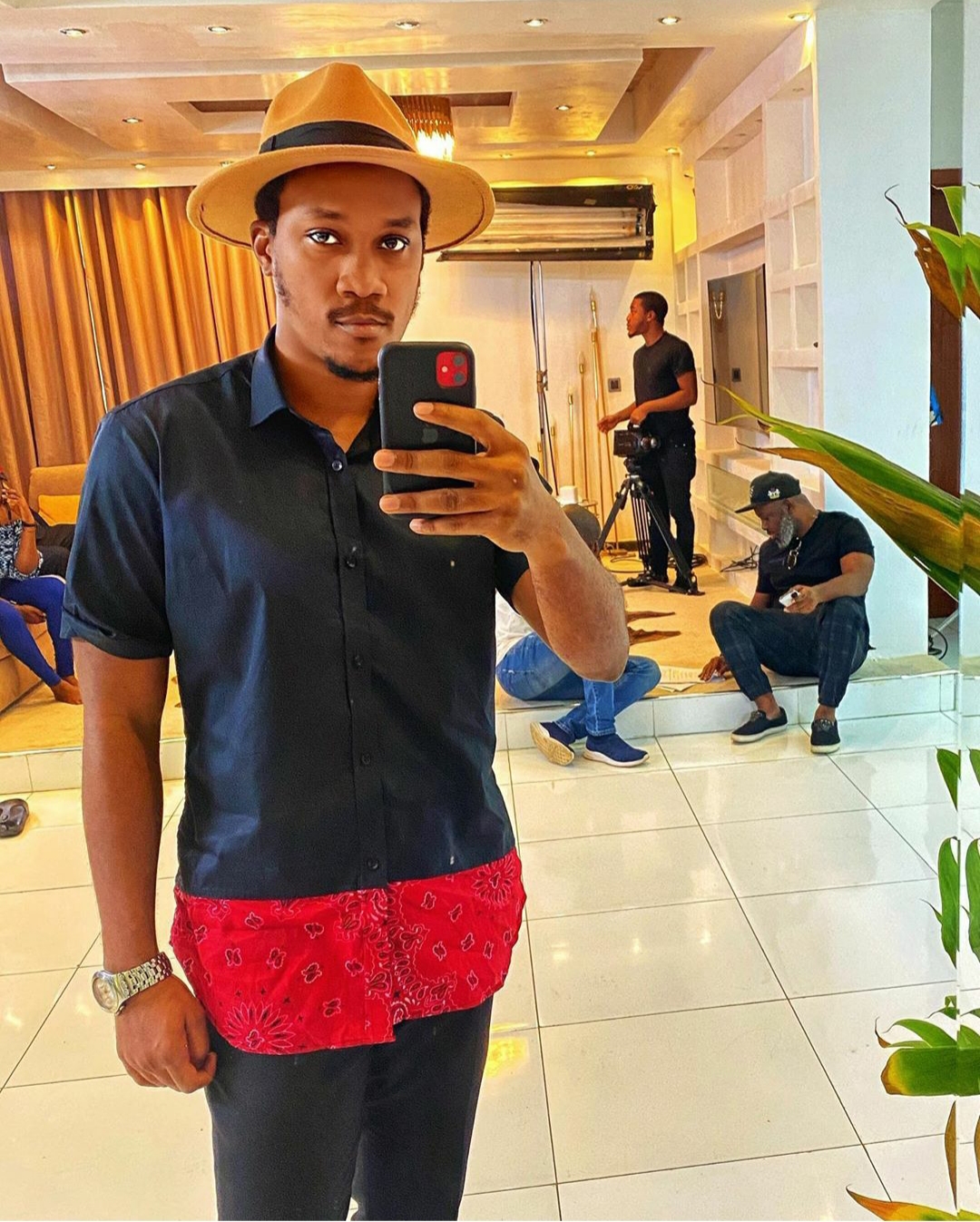 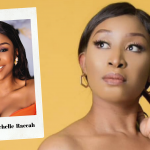 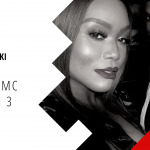 Next Story:
I’ve broken the scale. I’m always excited to be with my TMC fam! – Nengi Adoki Talks TMC Season 3