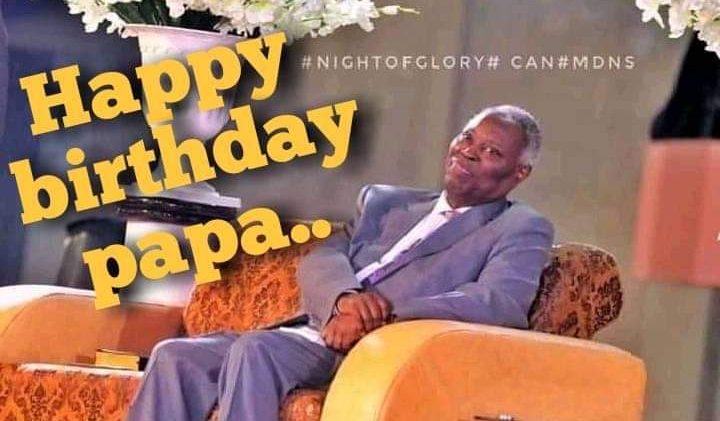 William Folorunso Kumuyi was born on June 6, 1941 into a Christian family in Erin-Ijesha, Osun State, Nigeria. He was born into an Anglican family that knew the Bible was very important as the word of God; they would rise up early in the morning to sing hymns, read the Bible, and pray.

However, it was not until he left home to attend high school in another part of the region that young W.F. Kumuyi got an experiential knowledge of who Jesus Christ was, and what radical changes He could effect in lives surrendered to His lordship.

While teaching mathematics at his alma mater in 1962, after graduating from high school in 1961, Pastor Kumuyi was introduced to the Apostolic Faith Church. He heard the Gospel, and believed the word of God on righteousness, temperance, judgment to come, and salvation from sin: Pastor William Folorunso Kumuyi became born again on Sunday, April 5, 1964.

In his early Christian days, as he still does many good writers, Pastor Kumuyi read John Wesley, Charles Finney, and Charles Spurgeon, among others. He got involved with the Scripture Union (SU), and he grew spiritually.

Education
Formal education for Pastor William Kumuyi started in his home town; he went on to attend Mayflower School in Ikenne, near Ijebu-ode, whence he graduated with a high school diploma in 1961. After teaching at his alma mater for a brief period, Pastor Kumuyi gained admission to study mathematics at Nigeria’s premier institution of higher education, the University of Ibadan, obtaining a first class degree in 1967.

Ministry
The Deeper Christian Life Ministry along with its church arm, the Deeper Life Bible Church, which now has over one million members in more than sixty countries around the world, started as a fifteen-member Bible Study group in Pastor William Kumuyi’s official quarters (Flat 2) at the University of Lagos in August, 1973.

“The history of Deeper Life is very much the personal story of W.F. Kumuyi. He is a gifted man, clear-thinking and humble. He is a dedicated Christian and deserves the title ‘the man of God,’ which his followers have given him. Since he was a young man, Kumuyi has devoted his time to reading and studying the Bible. He knows the Scriptures inside out, and has deep love for the word of God, so people have been drawn to him for advice, or simply to listen. When he preaches, his message is clear, simple, and profound. Poor street traders who can barely read sit next to university professors, all equally captivated by the way Scripture becomes suddenly relevant to them.

Pastor Kumuyi’s own Christian life developed because he took the Bible so seriously, and so the Deeper Christian Life Ministry has developed in the same way.

His sermons were captivating. In fact, “I would classify him as one of the greatest living preachers, giving a straightforward Bible-based message, his sermons thorough, and always personally challenging. He always gave a wide range of cross-references which were read in their context, supporting, clarifying and expanding his main points. He spoke clearly and authoritatively to the Nigerian situation.

A Man With a Great Heart For God!
He is not tall, and does not have a larger-than-life character. He does not dominate, nor has he accrued power to himself. He walks slowly, is relaxed, and has a gentle sense of humour with a warm smile and a twinkle in his eyes. He dresses simply, eats simply… and… could have assumed titles to himself.

With all the above stories of his life we pray that GOD will continued to keep him strong and healthy in Jesus name, Amen.

Once again happy birthday to our father in the Lord. 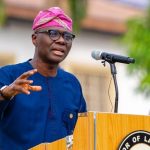 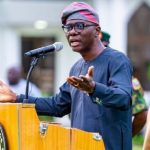 Next Story:
Lagos would soon run out of isolation centres; Akin Abayomi