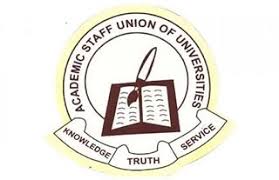 The Academic Staff Union of Universities (ASUU) at the weekend on said the forced enrolment of university lecturers in the Integrated Payment and Personnel Information System (IPPIS) platform by the Federal Government has resulted in the sacking of contract lecturers across higher institutions in the country.

The National President of ASUU, Prof Biodun Ogunyemi, who disclosed this in an interview with newsmen, cited Bayero University, Kano State, and Federal University, Wukari, Taraba State, where the disengagement of contract lecturers had already been carried out.

He warned that such moves undermined the university autonomy to recruit competent local and foreign scholars, as was the global practice.

Ogunyemi added that lecturers at the University of Maiduguri, Borno State, and the Michael Okpara University of Agriculture, Umudike, had yet to receive their February and March salaries.

“There are still two universities which had not got their salaries – Michael Okpara University and the University of Maiduguri. What we also suspected has now been confirmed; they forcefully moved our members to the IPPIS and consequently, contract staff have been sacked. And the disengagement of the contract staff is a disservice to the Nigerian university system as we have it today.

“The first problem with that is that it is going to rob our universities of the high calibre human resources in certain areas. These are areas where we have a scarcity of personnel. If I ask you, how many professors of neurosurgery do we have in Nigeria? I don’t think they are more than five, and universities have to produce neurosurgeons.

“These are the people who have to train a new crop of academics because it takes a professor to produce a professor. So, when you dispose of their services, you have cut off that chain of continuity.

“The disengagement has started in Federal University, Wukari, and the BUK, Kano. By doing that, IPPIS is creating a problem by appropriating the powers of the council in terms of employment, promotion, and disengagement of the people in the system,” the ASUU president said.

Reacting, the Federal Ministry of Education said some universities were fraudulent in their employment of contract staff, noting that the government needed to reduce the huge personnel costs that burdened universities.

The ministry’s spokesperson, Mr Ben Goong, said: “I don’t know what they meant by expert hands. IPPIS is being implemented by the Ministry of Financ, Budget and Planning. They have nothing to do with the employment of staff in universities.

“By October and November 2019, universities engaged so many staff; they were fraudulent about staff engagement and a university that has 5,000 staff will say they have 7,000 staff and you have this huge personnel cost that was pushed to the universities. Virtually, most universities are guilty of this.” 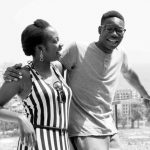 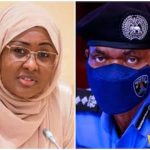