Airports only 57% ready for flights to resume 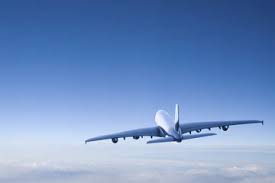 The domestic wings of the Murtala Muhammed Airport (MMA) Lagos, and Nnamdi Azikiwe Airport, Abuja have been rated 57% in terms of meeting the requirements of Nigeria Civil Aviation Authority (NCAA) for the commencement of operations.

This implies that if the federal government had not shifted the proposed resumption of domestic flights hitherto slated for Monday (today), it would have been practically impossible to restart operations given that there are many gaps required to be filled, Daily Trust can report.

The NCAA Director-General, Capt. Musa Nuhu had at a briefing of the Presidential Taskforce on COVID-19 on Thursday last week declared that the June 21 resumption date was no longer feasible. Our correspondent learnt that this conclusion was reached after a virtual stakeholders’ meeting held on Tuesday where all stakeholders presented their restart plan in line with the checklist provided to them by the regulatory authority.

At the meeting, it was discovered that there are still many gaps that were yet to be filled by the operators including airlines and airports managers. However, a follow-up meeting held on Friday night gave a vivid update on the status of the industry restart plan.

According to statistics from the NCAA, air navigation service providers are 80 percent prepared; airlines were scored 75 percent in terms of preparedness; ground handlers 180 percent, and domestic airports 57 percent. However, the Lagos airport private terminal known as the MMA2 scored 87 percent, showing readiness to resume operations.

There are five airports slated for the commencement of operations including Lagos, Abuja; Mallam Aminu Kano Airport, Kano; Port Harcourt Airport, Omagwa Rivers State and Sam Mbakwe Airport, Owerri. It was learnt that there would be a mock exercise tomorrow or Wednesday to simulate the planned resumption of flights, while the NCAA DG is expected to present another report to the Minister of Aviation, Senator Hadi Sirika. A new date would also be suggested for the resumption of flights with stakeholders looking at between the first or second week of July.

Aviation analyst and former Commandant, Murtala Muhammed Airport, Lagos, Group Capt. John Ojikutu (rtd) said, “If FAAN is scoring 57% with Lagos and Abuja now, we should all be worried; what this conference has shown us is that the recent NCAA audits seem to put emphasis on private airline operators than the government operators. 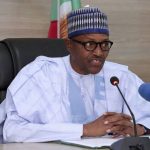