The party, in a statement Monday night by its National Publicity Secretary, Kola Ologbondiyan, said the speech, just “like pre-recorded broadcast of March 29, 2020” failed to address salient issues of urgent concerns to Nigerians in their daily struggle against the spread of the plague in our country.

The party expressed sadness that Mr. President “again” failed to show leadership and displayed total lack of touch with reality as he failed to give any hope on palliatives to the ordinary Nigerians as they face hunger and economic pangs of the lockdown.

“It is more painful that President Buhari could not address the immediate needs of the people or provide a trajectory that will take care of their future.

“Instead, Mr. President bored our nation with a rehash of global data already known to Nigerians in addition to promises that are far-flung departures from the harsh realities on the ground. “Nigerians expected Mr. President to directly address the established failures of his palliatives distribution, particularly the provision of funds to the poorest of the poor, which has been marred by allegations of corruption and diversion of funds. This is in addition to allegations of diversion of rice and other food items meant for the poor masses.

“Can Mr. President claim not to be aware that not a handful of Nigerians have received any palliatives and that huge majority of our citizens are complaining that they have not been reached with any panacea despite his administration’s claim of having reached 2.6 million household?

“Announcing the expansion of the palliative scope to 3.6 million households without addressing the failure of the scheme and with no parameter to showcase the declared expansion is an encouragement of the corrupt system that has been depriving Nigerians.

“The PDP challenges Mr. President to disprove Nigerians by publishing documents showing the beneficiaries of the claimed 2.6 million household social intervention, the benefiting communities as well as the parameters that will be deployed for the additional one million household,” the party said. 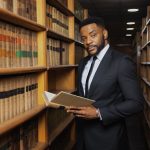 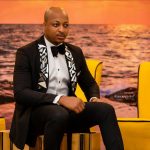