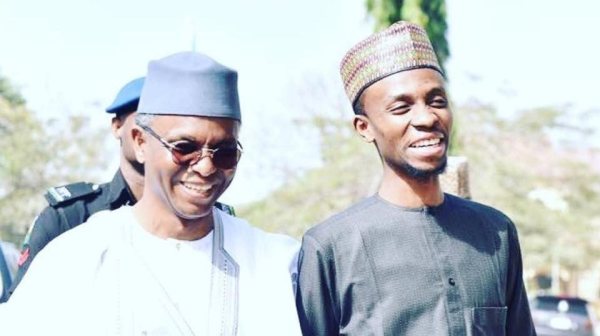 Otosirieze Obi-Young, now a former Deputy Editor of Brittle Paper, a literary magazine, was fired on Wednesday after he wrote a scathing piece on the first lady of Kaduna, Hadiza El-Rufai, over a controversial tweet she issued a few days ago.

He made this known in a lengthy statement, having worked with the company for about four years. This was also confirmed by the paper’s Publisher, Ainehi Edoro. I
The misunderstanding leading to his dismissal was sequel to an article he wrote about Mrs El-Rufai, defending a pro-rape tweet by her son, Bello El-Rufai.

In the article, which has since been removed by the publisher, Mr Obi-Young called out the Kaduna State First Lady for describing as ‘fair’, her son’s threat to organise the gang rape of the mother of a twitter follower, who differed with him.

PREMIUM TIMES reported the outrage that followed after the young El-Rufai issued the threat in a private message to a Twitter user following arguments about politics.

“Tell your mother I’m passing her to my friends tonight,” Mr El-Rufai said to his detractor, before adding an ethnic diatribe: “No Igbo sounds please!”

Calls from many concerned Nigerians, including former presidential candidate, Oby Ezekwesili, asking the young El-Rufai to apologise were unsuccessful. This is even as anti-rape activists demanded a thorough investigation for probable violation of the Cybercrime Act.

When tagged to the tweet, Mrs El-Rufai failed to denounce her son’s vulgar statements.

In a series of tweets, she deemed all the vile statements credited to her son as fair when “directed towards those who had insulted him” while she warned twitter users against tagging her.

Although, Mrs El-Rufai later bowed to to public pressure and apologised for her failure to immediately denounce her son’s threats, Mr El-Rufai showed no remorse and even threatened to sue PREMIUM TIMES’ journalist for the report.

How Otosirieze was sacked

Announcing his exit from Brittle Papers, he explained that it started when he published a report on Ms El-Rufai’s ‘supportive’ comments on a gang-rape threat issued by her son, coated in ethnic diatribe.

Although the report (titled: Novelist, Feminist & Kaduna First Lady, Hadiza El-Rufai, says all is fair in love and war after son’s gang-rape threat draws backlash) has been retracted, the link can still be found online.

Governor of Kaduna State, Nasir El-Rufai and his son, Bello El-Rufai. [PHOTO CREDIT: Official Twitter handle of Bello El-Rufai]
That she is a novelist, places it in the area of Brittle Paper’s focus, he noted.

“The Founder called me and expressed concerns about my criticism of a Nigerian newspaper in it and the informal and strongly worded tone addressing said novelist. I edited the post, removing the relevant sections.

“The Founder called back a few minutes later and said she wanted to take down the report. That was unacceptable to me. I saw no reason why my post-publication edits, which removed my opinion and restricted it to reportage, were not enough.

“I saw no reason why her concern about my lack of objectivity was not something that could be fixed by her own edits or rewriting. So I cut short the conversation: I said I no longer wished to discuss this report, that she should take it down if she wanted,” he said.

While the report was retracted, Mr Obi-Young said he woke up Wednesday to discover that he had been logged out of Brittle Paper, its social media accounts, and its WhatsApp group – the primary work communication space. He was not informed why the actions were taken.

When contacted, Ms Edoro told PREMIUM TIMES that the ex-official flouted editorial guidelines of the company “and was unwilling to make changes in the report.”

She said the report seemed fine “until she got to the last paragraph which did not only sound strong but also criticised other Nigerian papers.”

“Interestingly, four hours after backlash began to her response, an article appeared on ThisDay titled “Endearing Qualities of Kaduna First Lady, Hadiza El Rufai.” It is exactly as shabbily-written as you would expect of a hastily assembled, face-washing gimmick. But it is not as unintelligent as the one on OperaNews.

“There must be a name for this feminism whose reply to “Tell your mother I’m passing her to my friends tonight” is “I didn’t see any threats of rape.” A feminism that agrees to raise men to be better but says “All is fair in love and war” when their ethnic-bigoted men-children threaten violence on women’s bodies.

She also faulted the use of ‘gang rape’ in the title where she said, something like “lewd comments” would have sufficed.

Although Mr Obi-Young agreed to delete the last paragraph, “he refused to change the headline – which led to the misunderstanding,” she explained.

“Unfortunately, this all occurred at a time I had to prepare time sensitive lectures for my students, and without sufficient time to edit the post. The time difference between Nigeria and the U.S. also left me with little time to act quickly, so I pulled the post down as the exigent thing to do.”

She added that “the ex-Deputy Editor hung up the phone when she attempted to have a conversation.”

When asked if the editor had a pattern of flouting editorial rules, she answered in the negative but explained that Mr Obi-Young is one “who puts in so much emotions to work.”

In a statement later released by her, she said the company has never been funded by the Kaduna State Government.

Amidst the controversies generated, many Nigerians have launched verbal attacks and counter-attacks on both parties.

While some have called out Mr Obi-Young for putting out a statement to ridicule the company, others have blamed the publisher for pulling down the report.

Already, some writers who have scheduled programmes with the paper, have backed out.

A 2017 awardee of the company, Chibuihe Obi Achimba, took to his Facebook page to rescind the award and cash prize given to him. He also asked that all his works be pulled down from the website. 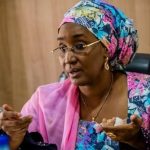 Previous Story:
Federal Government Says People With Over 5,000 In Their Account Won’t Get Pallative 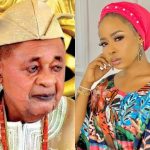 Next Story:
Queen Ola, youngest wife of Alaafin allegedly sent out of place over engaging in adultery