Funeral service for Reinhard Bonke in Florida. He was a great man of God. 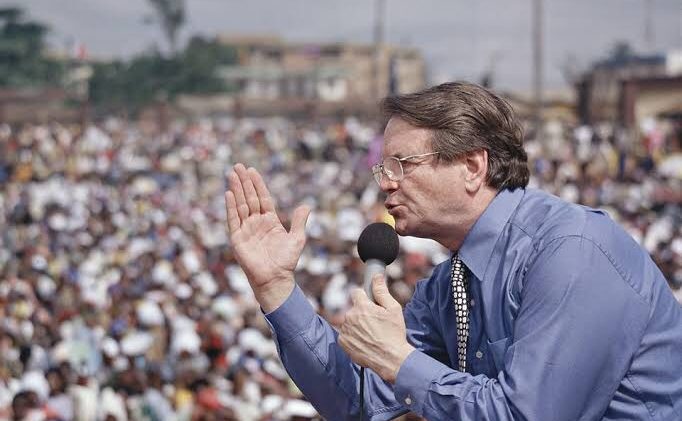 Funeral service for Reinhard Bonnke at Faith Assembly of God church in Orlando, Florida, on Jan. 4, 2019.

ORLANDO, Fla. (RNS) — Reinhard Bonnke, the German evangelist known as “The Billy Graham of Africa,” was lauded at a Saturday (Jan. 4) memorial service as “a giant and a general in the army of God.”

During more than four decades of mass crusades in Africa, Bonnke preached in 51 of the continent’s countries and claimed to have converted 79 million people to Christianity.

About 2,000 people gathered from around the U.S. and around the world in the sanctuary of the Faith Assembly of God for a three-hour celebration of Bonnke’s life and ministry.

More than a dozen speakers, including a number from African ministries and denominations, lauded Bonnke, for both his zeal and his personal humility. Other Pentecostal leaders, including T.D. Jakes, Benny Hinn and Paula White, appeared on the three large screens above the sanctuary’s stage with filmed tributes.

A large, red floral arrangement in the shape of the African continent was placed on an easel next to the speaker’s lectern. Along the front of the stage stood sheaves of wheat, symbolizing the harvest of Bonnke’s evangelism.

Between the morning’s speakers, clips of Bonnke’s African crusades, some to audiences of hundreds of thousands, played on the screen.

The best known of these was in Lagos, Nigeria, in November 2000, when an estimated 1.6 million heard Bonnke preach. In 2001, Christianity Today magazine called Bonnke “one of the continent’s most recognizable religious figures.”

Pia Sebastian, 46, came from Dallas to attend the celebration. In 2013, Sebastian said, she gave up a corporate career to study evangelism at one of Bonnke’s training schools.

“I honor Reinhard Bonnke, and I believe that I’m called to carry the torch and fulfill the work of sharing the gospel,” Sebastian said.

Bonnke was the son of a German soldier who became a minister after World War II. Mesmerized by tales of 19th century European missionaries like David Livingstone, young Reinhard would later say he heard the voice of the Holy Spirit say to him: “Africa shall be saved!”

“Billy Graham has inspired me personally,” he wrote after the American evangelist’s death in 2018. “When he preached in a tent in Hamburg, Germany. I always felt connected to him.”

Early in his evangelistic career, Bonnke acknowledged in a 2003 interview, he made a strategic decision that proved controversial. He based his ministry in an all-white area of Johannesburg, South Africa, and did not publicly oppose the apartheid regime. Bonnke said he did make known his opposition to apartheid, but indirectly through his ministry. His associate was a black minister who always traveled with him.

“I had a choice,” he said. “To become politically active and oppose apartheid from the pulpit. Or, to preach the gospel and make people find salvation in Jesus Christ.”

“The most remarkable things are happening: blind eyes open, cripples walk, people jump out of their wheelchairs,” he said in a 2003 interview with the Orlando Sentinel.

“I am as amazed as anybody else. It is just too wonderful. But I personally am not the miracle worker – it is Jesus.”

Bonnke’s followers claimed that he did in fact perform a miracle. In November 2001, they say, the evangelist raised a Nigerian minister from the dead.

The Rev. Daniel Ekechukwu was twice pronounced dead after a car crash, according to the story, and embalmed – although by African custom his organs were not removed. Three days later, after hearing a prophecy, his wife brought the body to the basement of a church where Bonnke was praying in the sanctuary above.

At the same time, others later told the evangelist, Ekechukwu sat bolt upright and began to breathe again.

“That man was dead as a stone,” Bonnke said, although he did not know the man was in the church basement at the time he was preaching above. “There is no doubt about it.”

Christ for All Nations ministry officials investigated the account, Bonnke said, and found it to be “so true, so genuine, so fantastic” that they embraced it as a miracle, and produced and distributed a video on the episode.

Rick DuBose, assistant general superintendent of the Assemblies of God, lauded Bonnke for his decades of missionary work.

Bonnke “literally pushed back the darkness,” he said.

Toward the end of his career, Bonnke held his first crusades in the United States, a country he said needed to experience God’s power.

“I have seen whole countries shaken by the power of God,” he told Jeff Kunerth of the Orlando Sentinel in 2013. “That experience in Africa has turned me into an incurable believer that God will do it in other parts of the world as well. And I pray for America.” 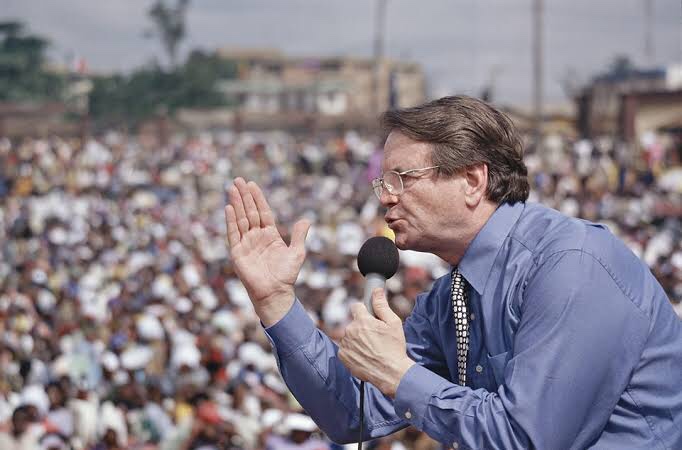 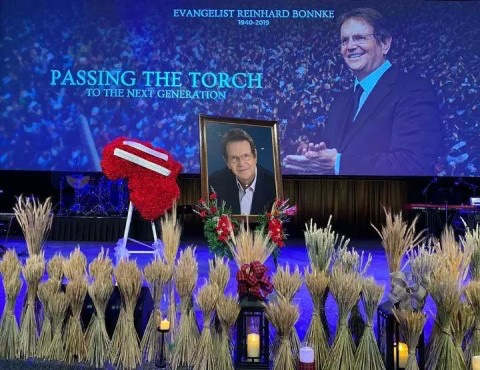 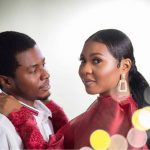 Previous Story:
Sami Ajibola ‘Spiff’ Is Engaged! Here Is How He Proposed! 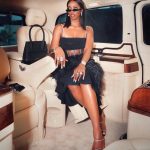 Next Story:
Tiwasavage share pictures with son and mom.