Esther Uzodinma: Angela Of My Siblings & I Chats With Glance Online 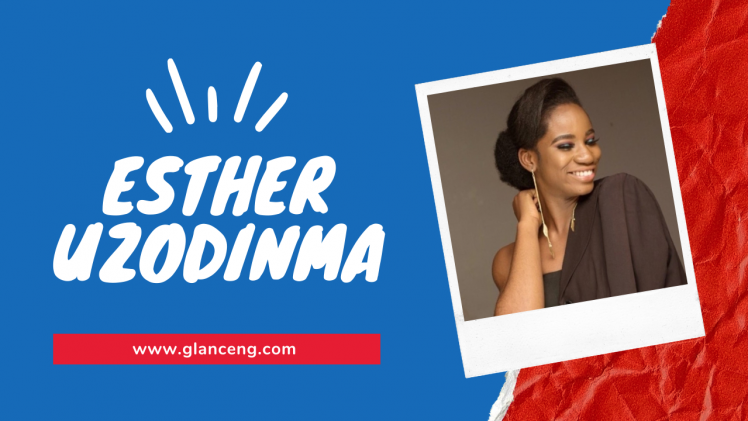 It’s a new week, and we are super excited to bring you a brand new interview. Still on the cast of Nigeria’s favorite Family Series – My Siblings and I; we bring you Angela Aberuagba, she talks about being on the show, school and more.
We know you as Angela on My Siblings and I. But who is Esther Uzodinma? Where are you from, How old are you? Educational background? How did acting begin for you? Tell us your story in a nutshell. – Esther Uzodinma is a Young Teenage Lady that is known for one thing; The Ambitions she has, I am very ambitious but I try to curb it so it doesn’t seem like I’m desperate, The Entertainment Industry has always been my line of Interest, Especially communication. I’m an Actor, Tv presenter/ Red Carpet Host, Content Creator, And a Media Personality. I am From Imo State, Nigeria. For now, a secondary school graduate. My Acting Journey was definitely something that was unplanned, I would say mindset is one of the powerful tool I have, I knew I was for Art but not Acting, until Junior Secondary School days when I engaged in stage plays and I was commended by my teachers, I really loved the appraisal and I said to myself, why not pursue a career  in this field, my mom is very SUPPORTIVE, so that made it easier, initially, she declined but when she saw me on TV, she definitely was proud of me, the Story on how I got into the Industry Is something I would love to share at a Physical Interview that way my emotions would be better seen. How did you get the role Angela? How difficult was it fitting into that role? And what’s it like working with the cast and crew so far? – I went for the Audition and my mom was already in the entertainment Industry, She had some Contacts, but I would say it was designed by God. Well the Casts are SPECTACULAR, they are more like FAMILY to me now because we have really bonded, and Professionally speaking they are Exceptional, the energy they give on set boosts performances, working with the crew has been amazing though there has been hitches along the line but the end result is fruitful , so it’s really a wonderful experience so far.

What attracted you to begin a career as an actor? – Can’t really say, but I know when I watch movies I sympathize and empathize with the characters, I kind of feel their pain (depending on the emotion) I told myself that I wanted to make people feel that way too and as initially stated my teachers appraisal during my stage play was another boost.

What is the one thing,  people will be surprised to know about you? – That I have OCD (over compulsive disorder)

Not too Chronic though.

How do you handle your celebrity status in a school environment? –That wasn’t easy though, When I was in school if I make a silly mistake, They term me as being proud cause I am on TV; that’s the negative side,On the other hand, My juniors would always want me to buy them things, because they feel (ACTORS ARE ALWAYS VERY RICH) some that gets newly enrolled gets Star Struck , A lot of fake friends because everyone wants to hang around you, A lot of Escapades that I can’t tell all.

In which area would you like to improve as an actor? – My Modulations, I know can also do better with my transitioning, Learning various or few languages because that is also key, I feel these areas needs to be worked on because I want to Be better.

What sort of acting roles will you be looking out for in the future? – I have always played the good girl roles in my previous jobs, I want some thing different, A twist that will Awe people, when they spot the difference,Eg Bad Girl , A fighter, Tout, Sassy someone, Disordered person, Bipolar Character, These are but a few to mention.

If you could choose, what three actors would you really want to work with? •ADESUA ETOMI (I really love her)

Aside acting, what else are you exploring? – Okay I really love the ACT of Communication so ( Broadcast Journalism, Is another field for me, New casting and Anchoring. Am Gunning for Mass Communication in the University as My Course, Beauty as well has always been one of my Insights, i am a self trained MAKEUP ARTIST and I did jobs for people to make money but my schedules didn’t let me keep up with it.  I’ll still touch that aspect but for now I need to set things straight.

Your current screen saver? – My Picture of course

I HAVE MANY BUT CANT REMEMBER THEIR NAMES!

Describe yourself in one word. – AMBITIOUS

How long have you been acting? – 3years and still counting

What would be  a question you’d be afraid to tell the truth on. – If I say this that way they’d get to know but let’s see……. I do have some but they are quite personal. But apart from those some, I really have none other, if a situation where by I have to speak the truth hits me, I take it.

In the Nigerian Entertainment world today. Who would you say inspires you to become more in terms of Acting? –Mo Abudu, Adesua ETOMI, Nancy Isime, Rita Dominic.

What is your biggest/weirdest fear? –The thought of Poverty cringes me, Not being able to provides for my sisters the things they need scares me, and when I do something wrong and I feel that God has Left me that’s psychologically. PHYSICALLY, Cockroaches, Crabs, Chickens /Lizards that When you shoo them away they don’t run/ Cats At night. How do you try to improve on your acting skills? – I attend Masterclasses, and I watch YouTube Videos, I read up on Google, and I practice, I do a lot more but my fingers are hurting from typing

What’s the weirdest question you’ve been asked? – Are you from Tanzania?? Do you Work out?

What’s your most annoying habit? – I always look for someone’s trouble when they are not in the mood, Am too troublesome , I borrow stuff and forget to return it, I don’t listen to  some of my moms Advices, these are bett a few? You can’t ask me sweet habits? 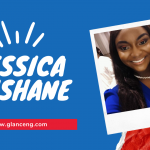 Previous Story:
Jessica Orishane – Nnenna Of “My Siblings & I” Chats With Glance Online 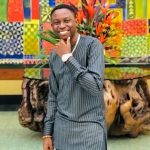 2 Replies to “Esther Uzodinma: Angela Of My Siblings & I Chats With Glance Online”