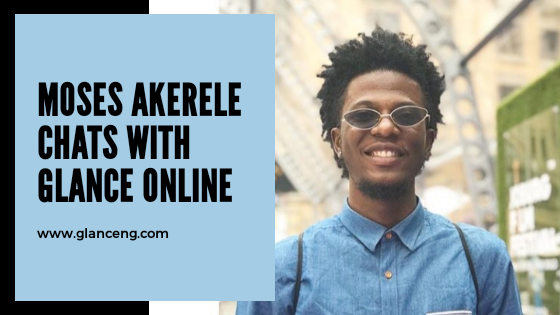 I remember the first time i watched Moses was on Shuga and i loved the way he wore and delivered the role Khali. And while watching the just concluded season of “Shuga Naija”, he won me over completely as a fan.

Then; i said to myself – “Wetin i gain if i don’t bring him on Glance”

So, here we are! Allow me to introduce to you, an embodiment of talent…… and how ever that usually goes.  Lol.

Moses Akerele is a light skinned slim young man … lol well, I often refer to myself as a goal-digger, he’s ambitious, passionate

Tell us about yourself, state of origin, education, what’s your story in a nutshell.

Moses Akerele is the second of 2 kids (Don’t call me the last born), I am from Kogi State, I have my first degree in Mass Communication from the University of Benin, I also have a diploma in Television and film production from School of Media Communication, Pan Atlantic University- MultiChoice talent Factory.

How did Acting Begin for you, share with us your journey to fame. I have always been a part of church and school dramas since kindergarten perhaps lol. I have been a part of school and church dramas for as long as I remember ( I played Joseph in the Christmas dramas plays a lot in Primary school) till my last days in University. I also tried to convince a few theatre arts mates that I could act so I could get in some of their plays, but they probably never believed me since I was studying Mass Communication. (Lol, they dunno about it)

But as a career, let’s just say fate and courage walked me into a room I was supposed to be at the right time.

After a couple years as a media personality, Writing, Presenting and producing radio/Tv contents, I thought it was finally time to kickstart my acting career, so I was on the look out I heard about an audition for an international series, but it had already passed but I stayed closed to the firm that organised it, one day I attended an end of the month get together at their office and summoned to courage to ask to see the MD, after a chat with him, I got a chance to audition that night, I finally got a few calls back, it was after the second call I realised the audition I did that night was for MTV Shuga.

I got a final call back and a handshake to come on board, and that was it. The beginning. We love how you deliver the character Khalil on MTV Shuga. How did you get that role? And how would you describe the experience so far!

Thank you, The experience has been an amazing one off and on set, the character is very relatable and I really have loved bringing him to life. It is also a pleasure to see that people are able to relate with him.

He’s the first of many characters I have had to bring to life, so I love him too for that.

Sweet, most of my experiences on set are like film school, like a learning curve , they are all professionals who understand their crafts and that’s always a beautiful thing, Crew members who know what to do, actors who’s energies you can feed off, we are like a big family and it’s always sweet to come together.

On your journey to fame: What would you say brought you to limelight?

That will be bit tricky, I have been a Television presenter for a while and honestly that brought a couple people to notice me and what I was doing (and I do not take that for granted),especially because most of these people followed up to starting my acting career. But on a general ground, MTV Shuga is an international show that has a global audience and it got more people to notice me, I mean people were watching us on MTV Base, Youtube, BET, Ebonylife, STV and many other channels. I am outside the country and I find people who know me from the show, so it is safe to say that MTV Shuga brought more “light”

It is a very ugly thing, I always tell people that social media has fast become a safe haven for many people, people who don’t have people to talk to have learnt to express themselves on there, people exist on there and that is also okay, they spill secrets, they spew lies, they let us into their lives, they have dirty fights, they show off, and all, but we need to learn to respect each other no matter how open and free the space is . We need to learn to spread more positive energies because people already go through a lot and you can’t make this worse for them when you don’t even know what they go through.

Someone brings their drama on there, enjoy it and don’t result to bullying them, because if you check well, most of the bullies are taking things personal and meddling in someone else’s business just because they think the space is free enough for that. that’s my take.

One time I dropped a comment on a colleague’s page, an inside joke, and someone who I later found out was just a fan (he didn’t even know) came at me gas gbos. I was shooked . I was quick to give her an elaborate lecture on why she shouldn’t live her life like that.

What projects are you currently working on? What should we expect from you before the year runs out and in 2020?

Currently, my team and I are putting final touches to a short project we worked on earlier in the year it is called Closure, an original poem by my partners and I, Sonia Nwosu, we have adapted it into a motion audio-visual and we can’t wait to share it with the world. Also, we have some other projects we shot already that are in post production phase already.

I spent a larger part of my 2018 and 2019 in film school across West Africa, Europe and South Africa and I am excited to putting some work in the coming year still as a media personality and generally as a filmmaker. I made my debut as a director a few months back, directed a MultiChoice Talent Factory film for Africa Magic, directed two Short films for my company, So in 2020 by God’s grace there will be more from me in all of these fields that I operate in.

What would be a question you’d be afraid to tell the truth on.

Woooo! I actually haven’t ever thought about this.

Would you say you’re living the life you’ve always dreamt of?

To a very large extent, yes and more, it’s an uphill climb regardless and I am grateful that I am climbing, with hopes that I will surpass my current state as well as my dreams.

If not acting, what other profession would you have chosen?

Every other thing that I already do, If I wasn’t in the film space, I’d definitely still be writing, presenting, hosting events, media production, maybe singing lol. But a long time ago, I knew everything was going to lead to each other and I am happy the dots are connecting and the picture is getting clearer.

This list will be long o, off my mind I can’t even reel it all out, I’d easily mention Joke Silva, Nse Ikpe-Etim, Denzel Washington, Femi Jacobs, Taraji Henson, Shaffy Bello, Sola Shobowale, Ramsey Nouah, Samuel L. Jackson, Mmabatho Montsho, Luthi Mampofu, Leonardo DiCaprio, Forest Withtaker, Mahershala Ali, Genevive Nnaji, Nkem Owoh, Scarlett Johansson, Sandra Bullock, Salma Hayek and a list of others, but that will just be me reeling out many people that I like, I would love to work with these people, but to be honest, I am not keeping a particular list, I am open to working with EVERYONE that knows their craft, that can rub off in one way or the other, whose energies I can feed off and learn from. I don’t care what part of the world they are even from.

A lot of people have said I can. Moses with some cast of Shuga

The Journey of A thousand Miles. LOL

If you were to have a super power? What would it be?

See, all these super heroes face plenty problems jo, all of them, plus they are too stubborn.

1. I’d love to never go wrong in any thing I set out to do and be sure it yield a lot.

2. I’d like to just make people happy by existing

If you were to wake up tomorrow in somebody else’s body, which body will you choose?

No one no one no oooooooooooone, I like my body as e be. I’d like to see all we can be together.

I believe in God

What’s your most embarrassing childhood memory?

One time like that my during the Christmas holiday, my cousin’s and I “carried” chicken from the fridge, and my aunty walked into the room we were trying to eat it and my cousin left the chicken in my hands, hay god! I wanted to enter the ground. I had a preceding good reputation and this was about ruin my CV, the worst part was that my Grandma was going to hear about it.

Close range, but I think this can depend on my mood, I could be in the mood to just listen to music for hours or just watch movies for hours, regardless, the two are still sleeping pills for me, don’t get me wrong they do not bore me, But they also can serve as my lullaby.

However, I must have spent more time in the cinema watching a film than I have at a concert listening/watching performances.

If you could play any other character in MTV Shuga, who would it be? Maybe Mrs Olotu (the role seems very challenging and fun to play) or Tobi (I like the growth in the character, I have seen many phases of Tobi)

If you had a magic wand, what show would you be part of next?

Yoh! We don’t know what greater shows are coming home and abroad, So I will just keep my fingers crossed and my wand down. But imagine I was Jon Snow, would have been doooooope!

What do you love and hate about the character Khalil?

Omo yen slow jo, lol Khalil is a very good friend, a gentleman with a very good heart, he’s like me and I love those things about him. What I hate, hmmmm, well, maybe in the previous season, I didn’t like that he didn’t take some favourable decisions for himself in time, but I think he’s grown a bit this season.

That I did all I wanted in my own way and time and it was good, that I gave hope and made people smile and happy in many ways. What is one message you would give to your fans?

Thank you for the love always, you make me want to do more, thank you and I love you all. We should organise a party soon. 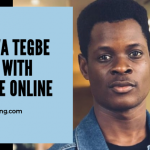 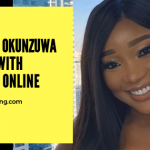