Operatives of the Department of State Services, DSS, have arrested pro-democracy activist and the convener of #RevolutionNow Protests, Omoyele Sowore.

It was gathered that Sowore was picked up at his apartment in the early hours of Saturday.

Sowore posted a distress tweet at exactly 1:25 a.m. with an eyewitness confirming that his phone was forcefully taken from him.

He also tweeted ” Ja p”, confirming his phone must have been seized while trying to raise the alarm about his arrest.

His arrest and detention are not unconnected to #RevolutionNow, a series of planned protests against bad governance in Nigeria scheduled for August 5, 2019.

Chelsea in Negotiations With Leganes Over €7m

Spanish club, Leganes have made an initial offer of €4.5m, although that is currently short of what the Blues are asking for for the defender

Leganes have made a €4.5 million offer for Chelsea defender Kenneth Omeruo, who impressed during a loan spell with the Spanish club last season.

The Blues are, however, holding out for €7m (£6m/$8m), with Celta Vigo having previously been interested prior to their signings of Joseph Aidoo from Genk and Jorge Saenz on loan from Valencia.

Fresh facts have emerged that the Federal Government may not grant the request of the  Islamic Republic of Iran that the leader of the Islamic Movement of Nigeria, Sheikh Ibraheem El-Zakzaky, be released for medical treatment in Tehran, the Iranian capital.

According to Punch, a reliable government source said powerful forces within the government were not favourably disposed to the request.

the source also gave details of a high-level security meeting held in Katsina on Thursday of the Inspector-General of Police, Mohammed Adamu, and governors from 11 states in the North.

Although the meeting, on the surface, was concerned about the general security challenges facing the country, the source, who is a senior intelligence operative, told one of our correspondents that the Shiite situation dominated the discussion.

However, because of the sensitive nature of the subject, the details of the discussion were not made public.

Although the meeting was held behind closed doors, the source revealed that the governors and the IGP felt that releasing El-Zakzaky to Iran for medical treatment could cause a major security problem for Nigeria in the near future.

“It was concluded at that meeting that the idea of granting Iran’s request that El-Zakzaky should be sent to them for treatment would never happen. And even if he was released, allowing him to travel out of the country would never happen because that would be like giving him a passport to go and rearm,” the source said.

It was  learnt that talks were ongoing between the Federal Government and Iran over the release of the Shiite leader while findings also showed that the IMN was not registered with the Corporate Affairs Commission.

Recall that the Prosecutor-General (Attorney-General) of the Islamic Republic of Iran, Mohammed Montazeri, had penultimate Friday written a letter to the Federal Government of Nigeria asking the government to allow El-Zakzaky to come to Iran for medical treatment.

Montazeri, who also criticised the Federal Government’s handling of the crisis, said El-Zakzaky’s current medical condition had become a source of worry.

R. Kelly has Promised the Judge He Won’t Be Talking To Young Girls If Released!

R. Kelly recently had his attorney send a letter to a judge to reconsider the decision denying him bond in his federal case out of the Eastern District of Illinois.

The singer’s team has been trying to prove that he is not a flight risk to the community. He used the example that he has never given any of his alleged victims herpes, as one accuser claims, and says he never even had it.

Now, Kelly is also promising that he will be on his best behaviour, including avoiding any interaction with minors.

Kelly’s legal team states, “Mr Kelly no longer has the money or the entourage he once did to help him in his endeavours.”

5 Pastors of The RCCG Have Been Abducted – Pastor Adeboye Calls For Prayers.

Five pastors of the Redeemed Christian Church of God (RCCG) have been abducted along Ijebu-Ode axis on Thursday, while on their way to the church’s Ministers’ Conference.

General Overseer, Pastor Enoch Adeboye, RCCG’s made the announcement at the Redeemed Camp along the Lagos-Ibadan Expressway on Friday.

He specified that such an occurrence is happening for the first time, he also called for prayers for the abducted Pastors to regain freedom.

“As a father, how do you think I should feel to hear that five of my children have been kidnapped while on their way to attend the Ministers Conference?” he asked

A$AP Rocky has been released from Swedish jail, The New York Times reports. The rapper, who was arrested in early July and charged with assault, has reportedly been given permission to leave the country while awaiting the final verdict in his case, which is expected to be announced August 14.

The other defendants in the case—Rocky’s friends Bladimir Emilio Corniel and David Tyrone Rispers—have also been released and are free to leave Sweden, according to TMZ.

Following his release, he thanked the public for their support via his Instagram page

“THANK YOU FROM THE BOTTOM OF MY HEART TO ALL OF MY FANS, FRIENDS AND ANYONE ACROSS THE GLOBE WHO SUPPORTED ME DURING THESE LAST FEW WEEKS I CANT BEGIN TO DESCRIBE HOW GRATEFUL I AM FOR ALL OF YOU THIS HAS BEEN A VERY DIFFICULT AND HUMBLING EXPERIENCE I WANT TO THANK THE COURT FOR ALLOWING ME BLADI AND THOTO TO RETURN TO OUR FAMILY AND FRIENDS THANKS AGAIN FOR ALL OF THE LOVE AND SUPPORT”

Prosecutors alleged that Rocky and his associates beat and kicked a man named Mustafa Jafari and also hit him with a bottle. Rocky’s lawyers disputed those claims, stating that the fight was in self-defense and that there was no bottle involved. After being charged, Rocky pleaded not guilty.

Earlier today, Swedish prosecutors asked for a six-month sentence for Asap and also asked that the rapper remain in jail due to his status as a flight risk.

According to reports, Obafemi Banigbe, a member of the board of trustees of the Commonwealth of Zion Assembly (COZA) has tendered his resignation, citing “personal commitments” and not participating in the board’s decision making, as the reasons behind his move.

This development is coming following the rape allegation against the senior pastor and founder, Biodun Fatoyinbo, by Busola Dakolo, photographer, and wife of singer Timi Dakolo.

The letter is addressed to Fatoyinbo, who had just recently taken a “leave of absence” following the allegations. 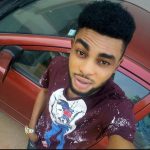 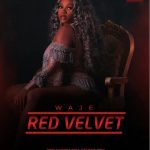 Next Story:
Look out for Red Velvet! The First Ever Nigerian ”Bedroom Musical’ Concert By Waje!