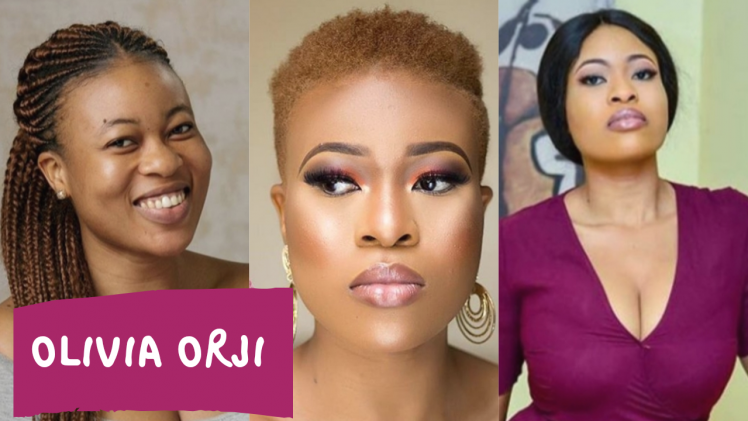 We’re excited to bring to you yet another celebrity Interview. This week we have Odera Olivia Orji take on our 25 Questions. You’ve seen her take on the Role ‘Peace’ on the Mnet Series Jemeji.

You probably know very little about the fast rising star! And it’s  with great pleasure that we bring you the  story of the Enugu born actress – Olivia Orji

1: Tell us about yourself, education, religion, place of origin, etc. I’m Olivia Chidera Orji, Popsi always called me Odera and while moving to Lagos I chose that too. I’m from a family of four but now three, we lost Dad 2years ago. I’m a graduate of Theatre and Film studies UNN. Christian. I’m from Enugu State.

2: We’ve seen you on Jemeji take on the role “Peace to Mausi” how did you get the role, what was it like working with the cast and crew? And would you consider it a difficult role?

I went for an Audition in Protea hotel Ikeja sometime i think in August 2016 and that’s how it happened, after 2 more call backs I got the role in December 2016. The entire Cast and crew that became family, working with everyone on the show for a year was just blissful and life changing. Peace was/is my most challenging role yet.

3: What attracted you to begin a career as an actor?

Well, acting and everything film has always been part of me. Been acting in church dramas while Growing up, then in secondary school in drama club and as a first choice for Uni. I Never had a second option. Kinda weird thinking about it now, lol.

4: Tell us about the projects you’re working on now.

Hmmm, there are a couple of projects. There’s a movie script for irokotv that was supposed to happen by the end of this month but has been postponed. Then for the crew person in me, as an AD or well… you will know eventually, a couple of projects cooking.

5: When you suffer a setback, how does that emotionally affect you and your career?

A great deal. It does. I remember while filming Jemeji in 2017, I lost my dad in July. It was completely shattering. Amazingly or ironically, most of the episodes that were filmed during that period, Peace had lost someone very dear to her so it wasn’t so difficult interpreting but it was killing me to relive the experience over and over and over again while filming.

6: What character was the toughest for you to change into?

Still Peace (Jemeji) it completely took me outta my comfort zone. I couldn’t speak Pidgin on a normal day but I had to for the show for a whole Year. It was crazy. Lol. Plus the roller coaster of emotions as Peace. Mad. Mad really.

7: When was your first role as an actor

That would be Last flight to Abuja in 2012. Can’t remember the character name though. Lol. God bless Mr Obi Emelonye.

8: In one sentence, describe your job.

Acting/Filmmaking is the most complicated, crazy yet blissful, delightful and life changing experience ever!

9: If you weren’t famous, what would you be up to right now?

I’m famous? Wow. That’s so so wrong. I really don’t know what else I’d be doing if not this though.

10: Who is the messiest person you know?

I ain’t putting nobody but me in the spotlight o. For now, it’s me. Lol

11: What’s the most interesting thing you’ve read or seen this week?

Choosing yourself ain’t wrong. Don’t ask me where I saw it. Lol

I don’t know really. Probably that I’m human, I loved hard and fought for what I stand for (belief, career, people). That I Tried to make impact. I lived. I’m living…

13: What is one message you would give to your fans?

Darlings, life is to be lived. Whatever makes your heart beat faster. Go for it. 💯

14: What’s your most embarrassing childhood memory? When My high school boyfriend slapped me in front of our whole class. Can’t even remember what was wrong or that I did. But I do remember the slap and how I felt. Silly. Haven’t forgiven the fool till now. Phew 😅

15: Tell me about an area in which you would like to improve as an actor?

There’s nothing like an Area to me o, generally more like; everything about my craft. Anytime I watch myself, I hate it most times like 98% of those times. So it’s a whole thingy.

16: Do you ever think that you could have done a bit better in any particular role?

Wawu! All the time. All the damn time. All roles. Gosh.

17. Which has been your favorite character that you have performed?

Still Peace (Jemeji) I haven’t seen any role that went to literally my every nerve! It was so challenging yet fulfilling. Kinda. And Mgbeke in The stage Play August Meeting. I hated but loved her as well.

18. What would you consider your strong points as an actor?

My mind and my eyes. You should see how I literally battle with my mind all the time. She’s always like ‘frown here or be emotionless at this point’ then on my face and eyes you see me battling with whatever she’s saying! It’s so complex! Kai! So yea that’s my strong points! My eyes say a million things at the same time. People always complain about how I look at them or react to what they say with my eyes. 🤷‍♀️
Weird ? Lol 😂 19. What have you learned from the directors that you have worked with so far?

Hmmm, that’s deep o! I have had the opportunity to work with several! See, they are all unique and awesome. So, I take the most that I can from them. Most importantly, they are always concerned about their work. Hence, I learn to take everything about my work very serious. At least I’m trying to.

20: Which fictional character would be the most exciting to meet in real life?

Kai! That’s a lot. Hmmm, Ok one is Issa in the show Insecure 😟. I love how awkward she is. Reminds me of me always.

21: What is the best/worst purchase you’ve ever made?

Shit! Lol! Ok it’s always on Instagram. Those perfect Instagram models/mannequins. You get your item and it doesn’t fit at all. After the plenty money and their policy is always, no returns/ refunds! Mad!!!

22: What’s your biggest screw up in the kitchen?

I was making Jollof rice on time and I burnt the stew black! Mehn, I made the food like that and called it burn burn Jollof. Crazily it was tasty 😋, now it’s a type of Jollof rice for me. I make it occasionally. Then there’s the Pap screw up! Sometimes I get it, sometimes it’s just water! Phew 😅

23: What’s the most useless talent you have? 🤣🤣🤣 this is a hilarious question! Hmmm, Kai, let’s say my Dancing skill in my head cos it doesn’t always happen the way I think about the moves In my head. Useless.

24: What is the dumbest way you’ve been injured?

25: What ridiculous thing has someone tricked you into doing or believing? 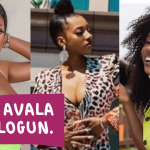 Previous Story:
#BBNAIJA IS A CAREER BOOSTER! NOW I HAVE THE ATTENTION OF THE PEOPLE – AVALA 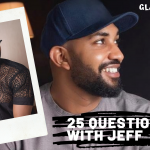