Wife of actor Ik Ogbonna, (Sonia La Reina) announced on instagram, that she is now officially divorced! And her marriage to IK ogbonna has ended.

Sonia, who has been off social media for a while returned with a divorce statement. “This is a hard letter to write as i am pretty sure I will cry my way through this post. I know i should have said all these a long time ago, but back then, i was just weak and could not think straight because i was busy struggling to make things right the best possible way within and even beyond my capacities.

A friend of mine asked me the other day if I had written a goodbye letter to my former life, my memories, my ex. When she brought the idea up, I got immediate chills and a touch of anxiety.I wonder why that is.

I used to have a very different life. I had a husband and a family. I had someone who lived here and i felt loved me full time. I had a future I was counting on. A lifetime of companionship, family vacations, milestones, laughter, and love but all to no avail as i felt deflated for many years and now its all gone. In the past, I have blogged about stuff as it comes up, but no real goodbyes yet.
Many times i felt miserable on the inside and cried my life out day and night in my room alone but as time went on, i outgrew the my reality i was passing through the years.

I want to use this medium to thank my ex-husband for not prolonging the hardship and now i have to face the world on my own. Our son will forever be a representation of you in my life..

Thank you for the lessons you taught me over the years. I wasn’t sure what to write, who to write to or what my angle would be. But I know who I need to say goodbye to now with certainty.

Lastly, without hate or animosity, i look back at the past five years and all i can do is thank you. Thank you for the good times, for the hard times. Thank you for helping to shape the strong person I am today and for being a part of my life for a small slice of time.” The 23-year-old midfielder has signed a five-year deal at Goodison Park after a deal was agreed between the clubs on Deadline Day, with Everton paying £28m up front, plus up to £7m in additional fees.

Everton’s late move for Iwobi came as they failed in their pursuit of Crystal Palace winger Wilfried Zaha, but Toffees boss Marco Silva has insisted the Nigeria international had always been on his wishlist.

“Alex was one of our main targets for this window and I believe he is a fantastic signing for Everton,” Silva said.

“He is a direct and skilful winger and attacking midfielder who always works very hard for his team.

“He is still young but already with a lot of top-level experience – 100 Premier League matches, more in Europe and many international games.”

The Federal High Court, on Thursday, granted leave to the Department of State Security Service (DSS), to detain the convener of #RevolutionNow protests, Mr Omoyele Sowore, for 45 days.

According to the vacation judge, Justice Taiwo Taiwo. the order takes effect from today, Aug. 8.

The judge gave the order in a ruling on an application by the DSS seeking an order to detain Sowore for 90 days pending the conclusion of its investigation. Sowore, who is the publisher of Sahara Reporters and Presidential Candidate, African Action Congress (AAC) in the Feb. 2019 general elections, was arrested in the early hours of Aug. 4 by the operatives of he DSS in a hotel in Lagos. He was moved to Abuja on Aug. 4.

The state agency said Sowore was arrested on account of the #RevolutionNow protest which he had spearheaded.

Inter Milan have confirmed the signing of Romelu Lukaku from Manchester United on a five-year contract for a fee of around £73m.

The Belgium international arrived in Italy for his medical on Wednesday and has now sealed his move to the San Siro on a deal until June 30 2024.

“Inter were the only club I wanted,” Lukaku told their official website. “I’m here to bring the Nerazzurri back to the top.” Manchester United later confirmed the transfer on their website.

“Everybody would like to thank Romelu for his efforts at the club and pass on our best wishes for the future,” read a short statement.

Lukaku had been training with his former club Anderlecht and the player’s agent, Federico Pastorello, posted an Instagram image of himself and the striker on a private jet on Wednesday evening with the caption: “Ready to take off…direction Milan”, and the location set at Brussels Airport.

The 26-year-old had been linked with a move to another Serie A side – Juventus – earlier in the transfer window.

But that would have formed part of a swap deal with forward Paulo Dybala which eventually fell through.

Lukaku leaves Old Trafford having scored 42 goals in 96 matches for United after joining from Everton for £75m in July 2017. 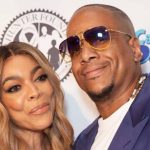 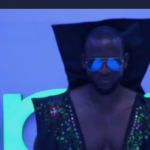