#BBNaija | You Are My Worst Mistake! Mercy Tells Omashola – Watch The Heated Argument Between Mercy and Omashola 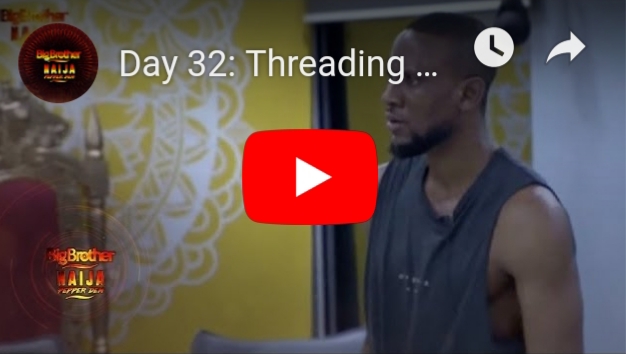 How It All Began
To complete the Task, the Pepper Dem Gang were split into groups. Mercy being the leader of a group, had to select her teammates and that’s how Omashola landed in her group. If she had known she was going to end up in a shouting match with him late into the night, she probably wouldn’t have made that selection. It didn’t take too long for her too to find out though. Unsatisfied with Mercy’s attitude towards the gravity of the work at hand, Omashola decided to make his grievance known in a rather loud way and of course, things turned ugly.

You Are My Worst Mistake!
Regretting her choice of Omashola, Mercy yelled out, “You are my worst mistake, I shouldn’t have picked you.” “You are as good as nothing,” she further yelled while hurling more insults at him. Omashola on his part demanded to know why she was going to sleep while the rest of them were still working. He made reference to Venita working tirelessly to make the Task work and asking where the Team leader wasn’t showing as much effort. Also not wanting to be outdone in the shouting match, Omashola expressed regret at being in the same team as her and warned sternly that she should never choose him to be in her group again.

The Peacemakers
Joe and Venita got a taste of the Pepper Dem Drama as they each tried to keep the warring factions away from each other and broker peace in the House. It wasn’t an easy Task, but they did well for their first fight of the House. Venita did a good job calming Omashola and reducing the bass in his voice before she continued preparing for the Task. We wonder if Omashola’s infatuation with her made it a lot easier for her to calm. 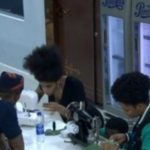 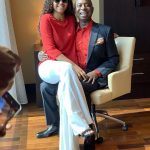 One Reply to “#BBNaija | You Are My Worst Mistake! Mercy Tells Omashola – Watch The Heated Argument Between Mercy and Omashola”