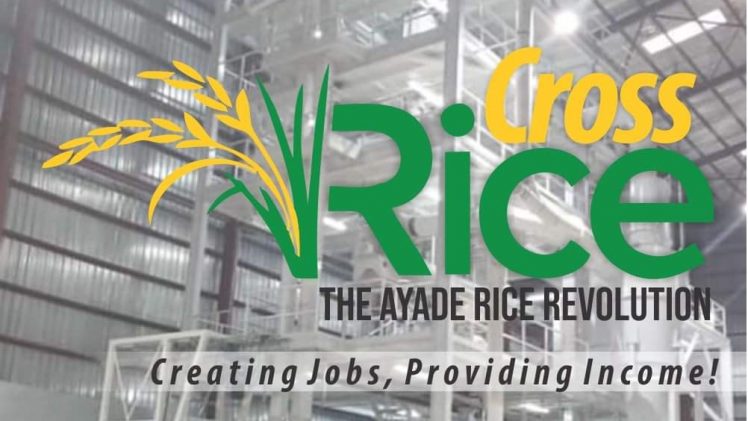 The rate of unemployment in Nigeria has become catastrophic in recent years. According to data from the National Bureau of Statistics (NBS) in Sept. 2018, about 20.9 million Nigerians were without jobs. This underscores the importance of job creation in the nation.

It is based on these precepts that the CrossRice project was birthed under the Ayade Rice Revolution. The visionary governor of Cross River State Sen. Prof. Ben Ayade has brought revolutionary investments into the rice value chain in Nigeria.

These include the Cross River State Rice Seedlings and Seed Multiplication Factory, the state of the art vitaminized Rice Mill, as well as the acquisition of modern mechanized rice farming machinery. Riding on these investments and vision, the Cross River State Rice Company Management Board unveiled the CrossRice project.

The CrossRice Project is a primary rice production, processing and marketing project. The project is conceived to help citizens seize the opportunity and be part of the rice revolution in Cross River State by becoming modern mechanized rice farmers facilitated by the Cross River State Rice Company Management Board.

The project which will have farmers aggregated into cooperatives to cultivate cluster farms in various locations in the state will also have The Cross River State Rice Company Management Board provide land, funding, farm inputs, mechanization and serve as off-takers for the rice paddy produced by the farmers.

The scheme is expected to employ well over 2,000 Cross Riverians, in the first year, while maximizing the commercial and mechanized farming methods. The program has the capacity to engage up to five thousand people by the third year.

It is planned that the project will bring about 6000 hectares under cultivation, with an annual rice production of 142,000 metric tonnes by 2020. This is expected to increase in subsequent years.

With increasing hundreds of metric tonnes of local rice production in the state annually, and at the prevailing market price per metric tonne of rice in Nigeria, Cross River State is expected to generate income of up to fifty billion Naira annually, from Rice, by the year 2025.

These are all in line with the objectives of the CrossRice project which are to create jobs and generate income.

CrossRice project will also improve rice yield through the use of improved seeds and seedlings, employment of mechanized farming, deployment of technology and innovation and expansion of processing.

The Cross River State Rice Seed and Seedling Factory will supply high quality seeds and seedlings of stress tolerant and disease resistant rice varieties. The seeds and seedlings produced by the factory also have improved yield that will ensure higher productivity.

The mill is expected to boost the rice value chain, create jobs and earn income for Cross River State when fully operational. Both the seeds and seedlings factory and the modern vitaminized rice mill have been completed and are set to revolutionize rice production in the state.

The Project will achieve a three-season farming annually from 2020 and will take all its planting inputs from the Cross River State Rice Seeds and Seedlings Factory. Farm inputs like herbicides, pesticides and fertilizers will be provided through certified service providers in the State.

The CrossRice project will engage youth, women as well as public and civil servants in schemes that have been well thought through and planned to succeed. This is expected to kick off as early as August 2019.

The CrossRice product will be well packaged, branded and marketed in Nigeria and beyond. Market research indicates a growing demand for rice as a staple food in Nigeria. CrossRice will depend on this positive market outlook to promote its products.

CrossRice sales strategy is based on a cost effective approach to reach the clearly defined target market. It will maintain an extensive marketing campaign that will ensure maximum visibility for the products in its targeted market.

In addition to these strategies, CrossRice is deploying online, social media and e marketing tools to present a global market front for its product. In a laregely globalized economy, deploying innovation is one of CrossRice key strategy.

In conclusion, the Ayade Rice Revolution in Cross River State is here to stay and the CrossRice project will not only create thousands of jobs, but also generate income for the state and its people, thereby creating wealth. 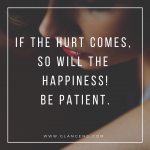 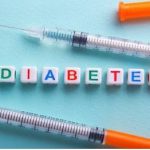 Next Story:
HEALTH GUIDE | DIABETES MELLITUS, WHAT DO YOU KNOW ABOUT DIABETES?