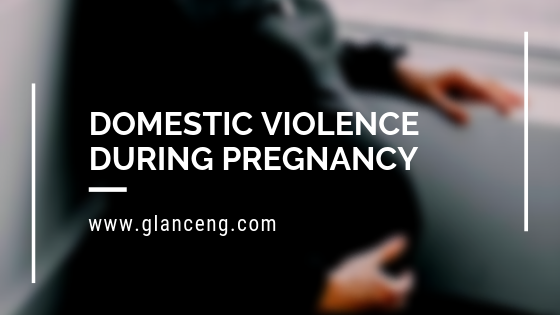 Domestic violence is an act or action intended to cause destruction, pain or suffering that occurs within the home, it is violence or other abuse by one person against another in a domestic setting, such as in marriage or cohabitation.

One in four women experiences domestic violence or domestic abuse at some point in their lives. It can be physical, sexual, emotional, psychological or financial, and is often a combination of these types

In Nigeria, the perceptions of domestic violence vary based on region, religion, and class. Many of the reasons that are viewed as acceptable for domestic violence are largely subjective to a husband’s interpretation. For example, common acceptable beatings among men are lack of respect for husband, stubbornness, imposition of will on husband, and failure of wifely duties.

Pregnancy when coupled with domestic violence is a form of intimate partner violence (IPV) where health risks may be amplified. Abuse during pregnancy, whether physical, verbal or emotional, produces many adverse physical and psychological effects for both the mother and fetus.

Domestic violence during pregnancy is categorized as abusive behavior towards a pregnant woman, where the pattern of abuse can often change in terms of severity and frequency of violence. Abuse may be a long-standing problem in a relationship that continues after a woman becomes pregnant or it may commence in pregnancy.

In most cases, domestic violence can be prompted by or intensified by pregnancy. Although pregnancy can be a protective period for some women, either in terms of a hiatus of pre-existing violence, for others it is a risk period during which abuse may begin or escalate. The risk of domestic violence for pregnant women is greatest immediately after childbirth .

A violent pregnancy is considered high risk because verbal, emotional, and physical abuse all lead to adverse health consequences for both the mother and fetus. Violence during pregnancy has been associated with miscarriage , late prenatal care, stillbirth , preterm birth , fetal injury (including bruising, broken and fractured bones, stab wounds and low birth weight.)

Violence during pregnancy also leads to additional risks for the mother such as increased mental health problems, suicide attempts, worsening of chronic illness, injury, substance abuse , anxiety, stress, chronic pain, and gynecological problems. Women battered during pregnancy were more frequently and severely beaten throughout the course of their relationship compared to women who were not abused during pregnancy. IPV also accounts for a large portion of maternal mortality.

There are a number of factors associated with family violence during pregnancy, including perpetrator jealousy/control, age (younger women are at a higher risk), and unintended pregnancy. Pregnant abused women are less likely to report abuse or leave their abuser because of added financial and housing security concerns coupled with fear of their partners

WHY DO WOMEN NOT SEEK HELP AGAINST DOMESTIC VIOLENCE ?

Most women fear to speak out is because they have come to accept the abuse as part of marriage, they think it establish the fact that their husbands has all authority over them, they saw it as a way their husbands use in correcting their mistakes, a way to make them. submissive to their husband even in pregnancy, forgetting the effect it has on their health and that of their baby.

Also, many women fear to speak out when facing domestic violence, due to fear of their partners, wspwciallu women who depend totally on their partner for survival, they belief if their partner gets to know, it spells doom for them and few their partner leaving them.

WHERE AND HOW CAN WOMEN SEEK HELP AGAINST DOMESTIC VIOLENCE?

•Seek necessary help: Yes, we have various laws set up against domestic abuse nowadays, the only thing the woman needs to do is to report to the necessary authorities and if you don’t know how to go about it, report to the nearest health worker, they know what to do. During pregnancy, it is very safe to tell the mid-wives or the nurses during antenatal about it, for protection for both the woman and he baby and the woman needs not to fear about her secret being exposed to the world, ever heard of Confidentially? It’s the nurse duty to make sure she protect her clients and keep their secret, even while helping the woman get the necessary help, she wouldn’t spill her secret and it’s safe to say you can always trust a nurse.

•Get a medical care if necessary: Most women stay at home after an abuse and allow themselves slip into depression, no! Doctors and Nurses are out there to help. seek medical help and advise instead of slipping into depression, you never can tell her it would help and her it would prevent Yiu from having health issues that sprang from domestic abuse.

Get That Help Now! 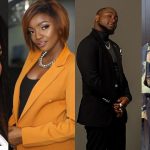 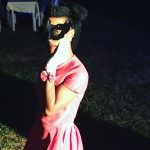 Next Story:
Talented and broke:  Changing the sick narrative – THE BRAND MASTERS!