HEALTH GUIDE! DEPRESSION, RISK FACTORS – HOW AND WHEN TO GET HELP 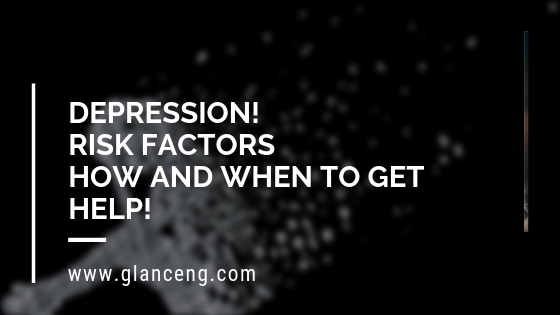 Hello there, you’ll agree with me depression has become the order of the day. Most people do not realise others around them are depressed and only get to know when the depressed individual has committed suicide, which is why you should take a ride with me in this journey of knowing what depression is.

Depression is a period of low morale and unhappiness that could last weeks, months or years and often with thoughts and acts of self injury coupled with suicidal thoughts or attempts, it is a common and serious medical illness that negatively affects how you feel, the way you think and how you act. Fortunately, it is also treatable. Depression causes feelings of sadness and/or a loss of interest in activities once enjoyed. It can lead to a variety of emotional and physical problems and can decrease a person’s ability to function at work and at home, thus depression can be said to be mood disorder.

Many people confuse depression with being sad or being bereaved, no it’s totally different.

•In bereavement, there’s is a mixed feelings, I.e often interweaved with positive memories of the deceased, the marriage or the job, in depression, it is total sadness with decreased mood or pleasure.

•Sadness does not decreases a person’s self esteem and dignity, but depression does. In depression, a person feels totally worthless, guilty and undeserving of life which is where the self harm or suicidal thoughts and attempts comes in.

•It is also normal for a bereaved individual to lament or cry and make his/her pain known, but a depressed individual keeps mute and talks to no one, infact, they look normal so that if much attention isn’t given to them, one would actually fail to notice the changes in them.

Although bereavement can lead to depression, it’s important to know they are two different conditions.

It’s sad that many people see this symptoms in others but do not recognise and pay no attention to it, until the person is dead or has inflicted injury on him/herself, that’s when people tend to say “Oh, I noticed he stopped socializing like that and kept more to himself, but I thought it wasn’t anything serious.” So the question is how do you identify a depressed individual?

•Loss of interest in daily activities: Yes, this is very important, a depressed individual begins to lose interest in things he/she naturally finds interesting. You could tell them their favorite TV show is on and they would hiss and walk off and you would pass this off as being in a ‘bad mood’ which might be right, but when this becomes consistent, you might want to give depression a thought.

•Appetite or weight change: Not everyone who losses weight are on a diet, some are depressed. You notice an individual losses like 5% of body weight in a month and passes it off as dieting, why not ask if the individual is on diet and if not, don’t dismiss it as nature taking place, it might be depression settling in.

•Sleeping changes: You see that person that wakes up late suddenly start waking up early without going to bed early or that individual who wakes up early starts waking up late without sleeping late and without engaging in any stressful activity, you might want to watch out.

•Loss of energy: You find out an Individual has no energy for what’s of interest to them again and it’s not like they have the energy diverted to something else, you might want to think twice.

•Anger or irritability: Ever wondered why am individual gets annoyed for no reason whatsoever? They just tend to pick fight and be bitter about everything, even when someone makes a progress? Depression might be the answer.

•Lack of concentration: You find yourself trying to gain someone’s attention multiple times in few minutes without success? You know better.

•Feeling of helplessness and self loathing: You see that individual that always sees no ways out, yes the one who thinks every situation will meet a dead end and always have a bleak outlook, or that individual that’s always engulf in self pity and guilt, feeling worthless and undeserving, you might want to watch out for depression.

Although, while these symptoms doesn’t ascertain the fact that the individual suffers from depression, you might want to pay extra care and attention to individuals who display these symptoms.

WHEN DO DEPRESSIOM BECOMES SUICIDAL?

Are you wondering how to spot an individual with suicidal attempts? You might want to go through the list below.

•Talking about killing or self harm

•Topics on death excites the individual

.•Expressing strong feeling or hopelessness or guilt coupled with feelings of unworthiness.

•Calling or visiting to say goodbye.

•Trying to put things in order, like one who is going on a long journey.

•A sudden switch from being depressed to being calm and happy, playing, laughing and you feel they are back to their old self.

IS DEPRESSION CURABLE AND HOW?

While depression cannot be cured, it can be managed and lived with through certain treatment and therapy.

•Reach out to people: When you notice you are having any of the above symptoms without a geniue reason for it, reach out to people around you, speak up and do not live in isolation, seek for help.

•Therapy: Talk to a therapist, engage in therapeutic consultations, with the help of a therapist, you can live fine.

Medication: Seek medical help, your doctor would know the right antidepressant to give to you and with the help of these drugs, it’s is safe to say you would not experience any of the depressive symptoms again, but that is if you continue using the drug, because like I said earlier, depression cannot be CURED. 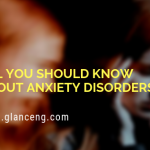 Previous Story:
HEALTH GUIDE || ALL YOU SHOULD KNOW ABOUT ANXIETY DISORDERS 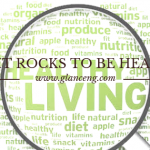 Next Story:
HEALTH GUIDE | 10 REASONS WHY BEING HEALTHY ROCKS!