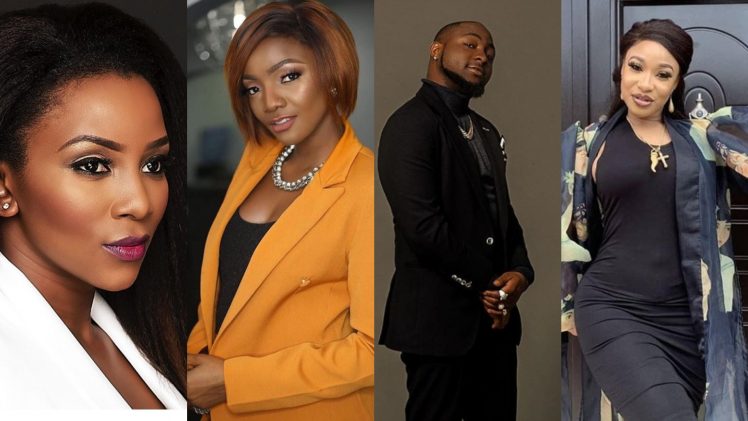 It’s no news that Instagram is currently the no 1 social media platform in the world, sort of an entertainment hub where you go to catch up with all the happenings around your favourite celebrities.

Today we bring you our top IG celebs, which undoubtedly have their popularity backed by their social media followership.

1. DAVIDO
David Adeleke known by his stage name Davido is no doubt the number one on our list born November 21,1992 in Atlanta Georgia, David had gone to become the music industry sweetheart after starting his music career as a member of the foreign music group KB International and started as a Nigerian Musician in 2011.

Davido rose to fame in 2011 with the release of ” Dami Duro”, the second single from his debut studio album Omo Baba Olowo (2012) and has gone on to win many awards, some of which are the Beat African Act, Headies award, e.t.c
He has a record label of his own, Davido Music Worldwide(DMW) which was founded in 2016, few months after signing a deal with Sony Music and currently has an endorsement with infinix, a smartphone manufacturing company in Nigeria.

Aside being a darling artist in the industry, David’s fathering ability has been made known through the love and care he showers on Imade and Hailey the daughters he fathered with Shopia Momodu and Amanda respectively and is currently in a romantic relationship with Chioma Avril Rowland(the chef chi).

He has released a lot of mind thrilling songs(both singles and collaborations) among which are Gobe, Owonikoko, One of a kind, Skelewu, Fall, Ada, Mind and Aje with his DMW crew, Assurance, Nwa baby, e.t.c.
With a fan base of 10.7Million on Instagram, it’s certain Davido will remain Nigerians sweetheart for a long time.

Known as Wizkid, Ayodejii Balogun makes the number two on the list. The 28 years old born on the 16th of July, 1990 in Surulere Lagos, is a Nigerian singer and songwriter, who started recording music at age 11 and rose to prominence in 2010 with the release of the song ” Holla at Your Boy” from his debut studio album, Superstar (2011).

On 5 March 2013, he went on to form his record label, Starboy Entertainment, after being formally signed to Empire Mates Entertainment (E.M.E) and haS gone on to receive international recognition and won awards both home and abroad among which are Ascap and Headies.

He currently has an endorsement with Glo after ditching his endorsement with Mtn and has released a lot of hit songs like Holla at your boy, Tease me, Joy, Mummy mi, One dance with American singer Drake, Soco with Terri, Fever with Tiwasavage, e.t.c.

He has a fan base of 7.4Million on Instagram and would sure remain a darling for a long time

Tiwatope Abeni savage(Tiwa savage) African number one female artist was born on 5th February, 1980 In Ikeja, Lagos and was signed In 2009, by Sony/ATV Music Publishing to a music deal. She joined Mavins record in 2012 and is currently on a songwriting deal with Sony/ATV music publishing, after her decision to leave Mavins.

Tiwasavage has released lots of amazing song both in collaborations and as singles in which Kelekele love, My darling, All over, Dorobucci with the Mavins crew, romantic with Korede Bello, Like with Reekado Banks, Malo and Fever with Wizkid, e.t.c.

Savage has endorsement with Mtn Pepsi, Forte oil,Maggi and star radler. She currently has a fan base of 6.7Million. The music industry sweetheart has a son Jamil together with her ex husband Tunji Balogun(Tee Billz).

Nollywood sweetheart, Genevieve Nnaji is no doubt one of the top instagram celebrities with a fan base of 5.4Million. The 39 years old mother of one was born May 3rd 1979, in Mbaise, Imo state.

Genevieve started her acting career at the age of 8 and was introduce into the fast rising Nigeria Movie Industry with the movie Most wanted at the age of 19.

Nnaji has featured in a lot of movies some of which are Last party, Mark of the beast, Ijele, The journey and her recent movie Lionheart, which was features on Netflix, Genevieve had featured in over 80 nollywood movies.
Being a sweetheart, Nnaji has sure won many awards like Africa Movie Academy Award(AMAA, making her the first actress to win the award) Nollywood movies award, Ghana movies award, Nollywood and African Film Critics Awards (NAFCA), e.t.c and was honoured with Member of the Order of Federal Republic (OFR) by the Nigerian government in 2011.

5. MERCY AIGBE
Mercilious, as she’s called by fans was born on January 1st 1978 I’m Edo state and is best known for her indigenous Yoruba movies. The 38 years old Nollywood actress businesswoman and mother of two is also known for her Fashion and style which is seen in her unique style of dressing.

Mercy has stared in many movies, Afefe Ife, Oju Ife, Igberaga, Omoge Osas, The screenplay, Little drop of happy, Victims and lot more. She founded Mercy Aigbe Gentry school of Drama in 2016.
Mercy has gone on to win Best Actress in Yoruba award at the City People Awards held in Yenagoa, Bayelsa State, Best Indigenous Language (Yoruba) (2014), Best Actress in a supporting Role (Yoruba) (2010), Best Actress in an Indigenous Movie Nomination (non-English speaking language) (2012), City People Entertainment Yoruba Movie Personality of the year (2015) and Fashion Entrepreneur of The Year Awarded by Links and Glitz World Awards (2015).
She has a daughter Michelle before getting married to her ex husband, Lanre Gentry and has a son Juwonlo together with him. Currently, she has a fan base of 5.1Million on Instagram.

Oluwatobilola Daniel Anidugbe popularly known as Kizz Daniel, although his age and year of birth is currently unknown, was born in Abeokuta ogun state is a Nigerian Singer and songwriter best known for his singles Woju and Yeba. He was formerly known by his stage name Kiss Daniel before changing it to Kizz Daniel in May 2018.

He released his hit song Laye in May 2015 on his birthday and has since then stayed on top in the music industry. Kizz Daniel released his first studio album titled New Era on May 14, 2016.
Kizz was formerly signed to G-worldwide record label before creating his record label Fly Boy Inc in November 2017. Kizz has won a lot of award including the Nigerian Entertainment Award, City People Music Award, Headies, City People Entertainment Award, e.t.c.

Daniel has released a lot of songs both in collaborations and singles, some of which are Woju, Shoye, Laye, Yeba, 4day, For you in which he featured Wizkid, One ticket with Davido, Madu and his recent single Fvck you.

Although hiS current relationship status is unknown but it’s safe to say with a fan base of 5Million, Kizz has defintely won the heart of many Nigerians.

Tonto Charity Dikeh(Tontolet or Pokolee as she is popularly known) was born on the 9th of June 1985 in Rivers. The 33 years old nollywood sweetheart has featured in a lot of nollywood movies ranging from Tea or Coffee, Pounds and Dollars, Missing Ribs, Final Hour, 7 Graves, Last Mission, Mortal Desire, Criminal widow 1and 2, Battle of the Queens and lot more.

Dikeh is one of the most active celebrities on Social Media, especially after her marriage which produced a son King Andre to her ex husband Olakunle Churchill crashed.

Tonto with a current fan base of 4.3Million has shown that even with the controversies surrounding her broken marriage still remain Nigerians nollywood darling.

Simisola Bolatito Ogunleye who recently got married to her long time sweetheart and also a darling in the music industry, Adekunle Gold was born on April 19,1988 in Ojuelegba, Surulere, Lagos. With a unique voice, Simi had gone to win the soul of many Nigerians and is currently signed to X3M music.
Her professional musical career started in 2008 following the release of her debut studio album Ogaju , which consisted of a variety of songs such as “Iya Temi” and “Ara Ile”. In January 2014, Simi released an EP titled Restless that eventually earned her a record deal with X3M Music, the record label which she recelty left.

Aside being a singer, Simi is also a sound engineer and helped mix and master Adekunle Gold’s debut studio Album Gold. Simi release her third album Omo Charlie Champagne on her birthday this year.
With a fan base of 4.2Million, Simi is definitely a sweetheart.

Omotola Jalade Ekeinde known as Omosexy is a mollywood actreess and was born on February 7 1978 in Lagos state. The 41 years old got her first acting role in 1995 in the movie venom of justice and has since then continued acting.
Omotola has featured in many movies, ranging from Mortal Inheritance, scores to settle, Lost kingdom, Royal sisters, Last flight to Abuja, Alter Ego and lots more.

Omotola has won herself many awards among which are The movie award, City people Award for excellence, Global excellence recognition Award, Best of Nollywood Awards, Ghana Movie Award, among others.

On 5 November 2013, Omotola was honoured with the Ebony Vanguard Award at the Music Video and Screen Awards (MVISA) held in Birmingham, On 9 November 2013, Oba Victor Kiladejo, the royal king of Ondo Kingdom conferred Omotola with a chieftaincy title in her hometown of Ondo State.

Omosexy got married to her husband captain Mathew Ekeinde in 1996 and together they have four children, Princess, Mathew Jnr(M.J), Meraiah and Micheal.

With a 3.7Million fan base, Omotola is sure a darling.

Linda Ifeoma IkejI, African Number one blogger was born on September 1980 in Nkwere, Imo. The 38 years old blogger, entrepreneur, writer and former model started blogging in 2006 and became active in 2007.

Linda on August 22, 2016 announced the creation of her online TV network, Linda Ikeja TV network along side other brands she was establishing.

In August 2012, Forbes Africa dedicated itself to celebrating African women that month’s issue. In that issue, Forbes profiled Africa’s 20 Most Prominent Women and the issue featured Linda Ikeji.

On August 8, 2018, Linda Ikeji was among eminent personalities drawn from different countries across multiple disciplines who were conferred with Honorary Doctorate Degree from Trinity International University in Georgia for her outstanding job in Business and Media in Africa.

Linda had gone on to be a sweetheart and has won herself The Nigerian Blog Award(NBA) and Nigerian Broadcast Merit Award.

Ikeji had a child Jayce in 2018 with Sholaye Jeremy but had made it clear the relationship between her and the father of her child did not work out as expected.

With a fan base of 3.6Million, it is interesting to know her blogging job did not affect the love Nigerians has for her. 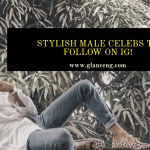 Previous Story:
#Menstyle – Up your style Game! Stylish Male Celebs you should follow on the Gram! 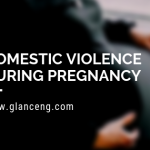