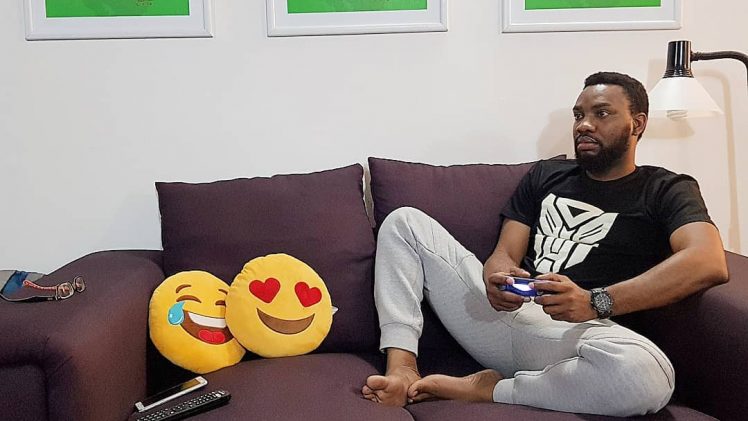 Happy new Year guys! As we usher in the New Year, we bring you a brand new Celebrity Chat. Our Very First Spotlight Art for the year!

I was super excited when he agreed to have a chat with us. You know him as Damini on the Mnet Series “Tinsel” who played the love interest/boss of Bimpe Adekoya (Linda Ejiofor Sulieman).

Ibrahim Sulieman got married to Tinsel Co-Star Linda in November 2018 and their wedding ceremony was breathtaking. 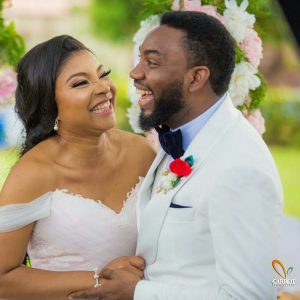 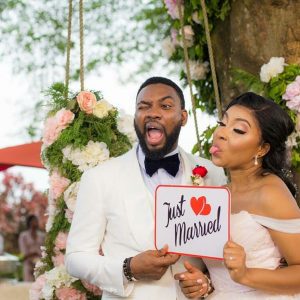 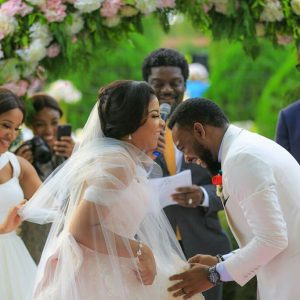 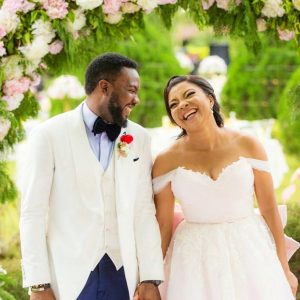 We loved the way he delivered his role on Tinsel, even though i haven’t had the chance to see his recent movie – “Up North” we are certain he delivered on the role as well. Again, our curiosity drove us to have this interview with Ibrahim, as I’ve had series of conversations with friends and colleagues and we end up always arguing about his Religion and State of Origin. If you’re reading this right now, then you must be curious as we were.

Drum Roll……. We present to you our very first Spotlight Art Of 2019 – Ibrahim Sulieman!

We know you as Damini ON the MNET seriesTinsel. But who is Ibrahim Suleiman? WHERE ARE YOU FROM? EDUCATIONAL BACKGROUND? AGE? HOW DID ACTING BEGIN FOR YOU? WHAT’S YOUR STORY?

Ibrahim Suleiman is a Nigerian Architect, choreographer, actor and artist, born and raised in Kaduna state to parents from Edo state. He’s in his early 30s and started acting in December 2016. Prior to that he worked as an Architect and also represented Malta Guinness as an ambassador after winning Malta Guinness Street Dance Africa alongside 5 other members of SoulQuest dance crew.

How did you get the role Damini? Did you audition for it? How difficult was it fitting into that role? And what Is it like working with the Cast and crew of Tinsel? Linda Ejiofor and Harry Dorgwu convinced me to come for a reading. So I showed up, gave it my best shot and got a call back. Damini is the closest character to Ibrahim’s personality I’ve played so far so it was pretty hitchfree fitting into the role. Also had loads of help from my colleagues on Tinsel. They are quite a fun bunch.

As an Actor, What has been your favorite role so far? And what role would you love to play that you haven’t yet?

So far, it would have to be Damini. But I thoroughly enjoyed playing Sadiq AKA “Red Shirt” on UpNorth. I got to explore mild comedy and speak some Hausa whilst eating the best suya and masa!

Apart from being an Actor, you’re also an Artsite and Architect, how do you combine them? Any Underground Projects?

I tend to paint and work on my Architecture projects at night, make public appearances and tv work during the day. It helps that I’m a bit of an insomniac.

What’s the biggest challenge about taking on a role?

Making sure I’m as far from the previous character I played as possible. How many movies have you been part of so far?

You recently got married: How has marriage been? Did you ever envisioned you’d marry someone in the entertainment industry?

Best decision I ever took. Everyday is like a day long date. And I’ve always been open concerning my future life partner.

What has been your biggest career moment?

so far, it would have to be landing the role of Sadiq on Up North

How do you try to improve on your acting skills? – Give us a few tips on how to be a successful actor.

I listen a lot. I try as much as possible to learn from cast and crew. I watch other actors, listen to my directors. I just try to stay teachable. Also I have the best acting coach in the world, and it helps that she and I wake up next to each other every day now.

Up Close and Personal…

Movies or books? – Both, actually.

What is your biggest/weirdest fear? – For some weird reason, I am very careful about my fingers. I think because I’m an artist, I am extra protective of my fingers.

What would be your super power if you had one ? – Teleportation. Would be nice to skip Lagos traffic anyhow.

What’s the weirdest question you’ve been asked? – “Have you considered being a sperm donor?” yeah. That.

What is your favourite movie? – Terminator2: judgement day. Pretty Woman. The Sound Of Music.

Celebrity Crush? – I’m married to her. What’s your annoying habit? – I develop tunnel vision when I’m creating art or architecture. I even forget to eat, until my head starts pounding and my hands start shaking. Are you a fan of Ibrahim Sulieman? You can keep up with him and his craft by following his Instagram  page @ibrahimsuliemanofficial

You can also follow us on all social media pages @glancemagng 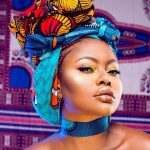 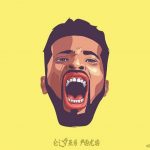 One Reply to “IBRAHIM SULEIMAN “DAMINI OF TINSEL” CHATS WITH GLANCE ONLINE!”