WhatsApp is getting a new feature that might upset some people. WhatsApp CVP Chris Daniels has confirmed that it will be introducing ads on its popular messaging app. Speaking from India he confirmed that advertising would be sold to businesses in two ways.

Here, is how it will work.

Firstly, WhatsApp will charge businesses a fee to connect with users. You’ll be able to find customer services via the app and send them a question or complaint.

The company will be charged to reply in some situations, although the BBC has reported, that replies sent quickly would be free. Costs for messages could be between £0.003 and £0.07 for the business involved.

Messages between customers and businesses are still encrypted, but they might be stored by the company with which you are dealing in an unencrypted form.

Facebook and WhatsApp will not, however, see what you are talking about with any business you deal with.

The second part of the plan is to start putting ads in the “Status” section of the app. Designed to offer similar functionality to Instagram Stories it allows you to push photo and video updates to friends.

Companies will be able to advertise here, although it’s not clear what form those ads might take. They could be text-based, or video pre-roll. Either way, fans of the Status system are likely to be furious.

The timescale for introducing these adverts on WhatsApp, which has 1.5 billion active users worldwide each month  appears to be early next year. 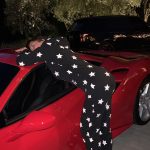 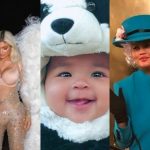 Next Story:
HALLOWEEN COSTUMES THAT STOLE OUR HEART!