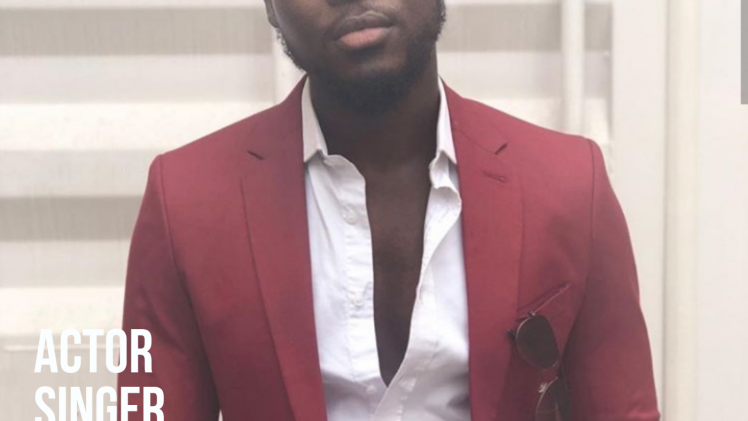 Nonso Bassey is an actor who is passionate about making a change in the entertainment industry. He’s talented,  focused and goal oriented. And if you watch Battleground you’ll definitely agree with me that he is quite a catch. The Young Doctor Emeka that gets us drooling while watching the Africa Magic Series. NONSO (Dr. EMEKA) and His Love Interest ‘Teni’ ON battleground.

Oh well! Due to popular demand we had to bring him on here….And we are super excited to have him talk about his career and his journey to fame. Tell us about yourself, state of origin, education, what’s your story in a nutshell.

I was born and raised in Calabar. The second child and only son of my parents. My parents raised us to be content and disciplined. I have always been a little bit of a rebel and wanted to push myself to do a little more than the usual. I want to be impactful and effect my greater community. So here we are, on that journey.

How did Acting Begin for you?
I loved Charleton Heston who played Moses in the classic Ten Commandments. His power and delivery was just everything I wanted to be in life. Lol. So I did every drama group in school and church to learn and to perform. And when Battleground was casting, I auditioned. That’s how acting began for me, professionally.

We loved how you delivered the character “Emeka” ON battleground. How did you get that role? And how would you describe the experience? – I actually auditioned to play Michael, Teni’s first fiancé and Ola Bhadmus.  Then I read for Emeka. I guess the chemistry was better. Lol. Working on this project was immensely rewarding. Playing Emeka was a learning and growing experience for myself as a person and as an actor. I learned so much working with a phenomenal cast and crew. Oh the crew. Wonderful people who are brilliant at their jobs. The experience is one I will take with me for the rest of my life.

On your journey to fame:  What would you say brought you to limelight? I was always about sharing my gifts with the world but I was so afraid of starting the journey.  I always battled with the feeling of inadequacy so I’ll say I didn’t begin to actively chase after my dreams, I suppose, as quickly as I should’ve. It took me a while to start going to recording studios. A friend of mine introduced me to a producer, Tiwezi who put me on a song with VJ Adams and next thing, MI was on it as well. The song came out in 2015 and people started calling me and telling me they heard me on the radio. That gave me the confidence to audition for The Voice when it came around and, here we are now.

Oh, social media itself is quite the bully, because like on Instagram, people put their best foot…and face forward. Everyone looks nice. So there’s the pressure to live up to what is expected of you to look like or be like.  And there’s also pressure on other people to “step up” and be noticed. So this makes people feel like their lives might amount to nothing if they are not “popping” on Instagram. That’s a lot of pressure. Now, the bullies and trolls make it worse. There are negative people in this world with all sorts of bias, they can be very judgmental. They leave mean-spirited comments, but I have just decided to utilize my block button to stem the negativity.

Would you say you’re living the life you’ve always dreamt of?
In terms of using my gift, I would say yes. But have I done everything I set out to do? Not even close. I only am just scratching the surface.

If not acting, and then music of course:  what other profession would you have chosen?

Maybe an architect. They do God’s work. Or a flight attendant. I find them fascinating. OR a chocolatier.

Will Smith because he is my childhood hero and the password to my WiFi. Lol.
And in Nigeria, the actors I worked with on Battleground are GOALS, man. They…and Genevieve Nnaji. I you were to choose between music and acting what would it be?

I’d be a food reviewer.

Are we expecting any new MUSIC from you soon?
Definitely, yes.

B: Role models? – Will Smith

C: Favourite gateway spot? – I’ll tell you when I’ve traveled enough to decide on this.

D: If you were to have a super power? What would it be? – Mind control and telekinesis

E: If you were to wake up tomorrow in somebody else’s body,  which body will you choose? – Stephen Spielberg, Jamie Foxx or Jay Z. Can’t decide on that.

F: Religious or not? – Spiritual 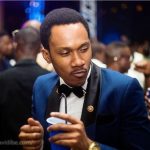