TRENDING STORIES OF THE WEEK! 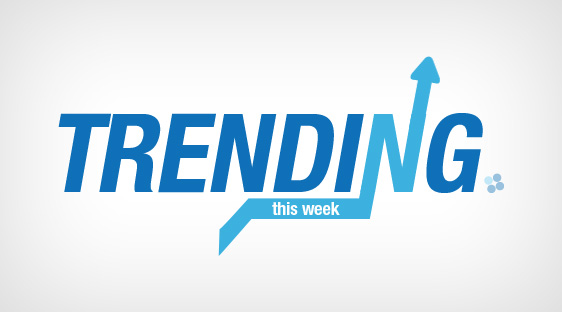 Burt Reynolds dies at 82 – American “Smokey and the Bandit” and “Boogie Nights,” actor – Burt Reynolds is dead. According to reports he died of Cardiac Arrest on Thursday in a Florida Hospital.

Beyonce celebrated her 37th birthday on the 4th of September and marked the day while on holiday with her husband Jay-Z in Italy, while on their On The Run tour.

The Queen B reflected on the past year – from becoming a mother of three to performing at Coachella as a comeback after her delivery and more.

At 36, I became a new mother of 3. I breastfed twins. I renewed my vows with my husband of ten years. I came back home to the stage to do Coachella, after pregnancy. Then my husband and I released our album together, Everything Is Love. And we’ve been touring with our family around the world, and loving it. This year has been monumental for me. I thank God for everyone in my life. Thank you for all the positivity and for the beautiful birthday wishes. I’m looking forward to continuing to learn from my past, living in the present, and surrendering to the future. I love you, Hive. B

CHECK OUT PHOTOS FROM THE CELEBRATION. Ayo Fayose FORGOES 2019 Presidential Ambition – The Ekiti State Governor Ayo Fayose has revealed that he no longer has an intention to run for president in 2019. This was revealed in an interview through his Chief Press Secretary, Idowu Adelusi. The Governor whom had in 2017, declared his intention to run for president, saying he was the one with the “required knowledge, understanding, competence” to ensure the country achieves greatness, has, however, said he’s decided to “bury his ambition” because the Ekiti election was rigged.

Adelusi revealed that although other People’s Democratic Party (PDP) presidential aspirants, including Atiku Abubakar and Rabiu Kwakwanso, have approached him, Fayose has decided, for now, to be neutral.

Governor Ayodele Fayose has decided to bury his ambition because of the last Ekiti governorship election that was rigged by the APC and we have already filed a petition at the tribunal.

So presently, the governor is more concerned in getting back the mandate of his deputy, Professor Eleka, than his presidential bid.

That’s the preoccupation for now, so for that reason, he has decided to put his ambition aside, and face the petition in the tribunal and make sure the PDP gets its mandate back. Rapper & Producer Mac Miller dies of drug Overdose at age 26 – Malcolm James McCormick was found dead on Friday at around noon at his San Fernando Valley home. Popularly known by his stage name Mac Miller, was an American rapper and singer. He was also a noted record producer under the pseudonym Larry Fisherman. Mac Miller was set to start a tour next month, October 2018. Actor, Timini Egbuson  bares it all for Accelerate.He talks about how he grew up, what influenced him to become an actor and the spark that ignited his drive to do so.

Watch this month’s edition of The Cover below.

It’s called….. cover alert 🚨🚨 Family, Love for acting and all the drama in between, Get the scoop on this month’s episode of #TheCover. To check out the video, click link in the @accelerate_tv bio 👏🏾 Cover Credit Photography: @oak_c Creative Directing & Styling – @tokyojamess Outfit : @ninieofficial Special shout out to @colette_otusheso , thanks for believing in the boy 🙏🏾 #WatchTimini #TheCover #Accelerate

Confirming the report by Independent UK, Jayden’s father John Adetiba shared on Twitter “the little man joins the big club,” alongside a photo of the young player. Sharing with The Sun UK, Adetiba revealed: “I thank God and my parents for this. I am very happy. I train three times a week at the academy and we have a match at the weekend. The amazing thing is, I have always been an Arsenal fan and I will work hard every day to make the first team.”

Watch the Powerful Full-Length Nike Ad featuring Colin Kaepernick, Serena Williams, LeBron James – Amidst the ongoing controversy surrounding the reveal of Colin Kaepernick as the face of its “Just Do It” 30th-anniversary campaign, with its tagline “Believe in something, even if it means sacrificing everything.” By Nike. Kaepernick has shared a full-length clip of the Nike ad for the campaign. The video features both sports powerhouses like Serena Williamsand LeBron James and lesser-known names like Shaquem Griffin, the one-handed football player who was recently drafted into the NFL.

Colin narrates through the ad, speaking powerful lines like: “If people say your dreams are crazy, if they laugh at what you think you can do. Good. Stay that way. Because what non-believers fail to understand is that calling a dream crazy is not an insult, it’s a compliment.” Believe in something. Even if it means sacrificing everything. #JustDoIt pic.twitter.com/x5TnU7Z51i 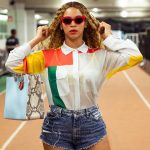 Previous Story:
BEYONCE TURNS 37. CHECK OUT ADORABLE PHOTO OF HER AT 4 MONTHS! 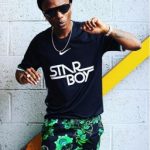