The state government had, last week, issued a demolition notice to the management of the station which has been a subject of controversy in recent times, but Ayefele said it was politically motivated. In a swift reaction, Mr. Ayefele took the matter to court, alleging political motivation. Oyo state government did at last…..my pain my sweat..so help me God. “It is with immense sadness that the Annan family and the Kofi Annan Foundation announce that Kofi Annan, former Secretary General of the United Nations and Nobel Peace Laureate, passed away peacefully on Saturday 18th August after a short illness”, the Foundation tweeted. Aretha who’s voice was made her a Titan in America, Died on Thursday of pancreatic  cancer.  She died at 9:50 a.m. ET surrounded by family at her home in Detroit. Statement released by her publicist Gwendolyn Quinn said “Franklin’s official cause of death was due to advance pancreatic cancer of the Neuroendocrine type.

In  a statement released by her family, They wrote “In one of the darkest moments of our lives, we are not able to find the appropriate words to express the pain in our heart. We have lost the matriarch and rock of our family.” After the Afro Pop mega star posted about acquiring a private jet months ago, The new brought mixed reactions as some called him a liar and other praised the young star. Last night Davido posted on his page a photo of the jet with his DMW records logo largely embroidered on the body of the aircraft, captioning ” Walk it like i talk it, first trip with my jet and my woman. Cotonou we on the way, AIR OBO TOUCHDOWN” 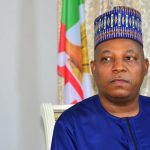 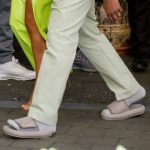