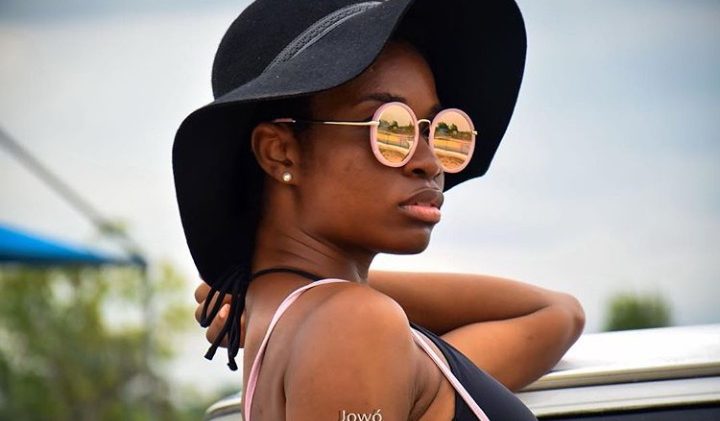 After watching her take on the role “Cynthia” on MTV Shuga, I was quite curious about her and trust me I reached out to her for an interview which she was more than willing to give.  Meet Uzoamaka Aniunoh.
We’ve seen you on our screens,  and we probably know you by the character you’ve played.  But who is Uzoamaka Aniunoh? Where are you from? Age? Educational background? How did acting begin for you?  What’s your Story?  – I would describe Uzoamaka Aniunoh as a lover of life and beauty who enjoys being around great people. She believes in goodness and in humanity. I’m from Umuoji, Anambra State. I have a BA in English and History from the University of Nigeria, Nsukka and an MA in Creative Writing from the University of Birmingham, England.
I knew I was going to be an actor from age four after I watched Maria in Sound of Music. I wanted to be on screen and to be as happy as she was. However, my family did not consider acting a real career, so I put it on hold and worked other acceptable jobs until June 2017.
I had just returned to Nigeria from England and was putting my CV together for job in Communication when I thought to myself, is this really the life I want? I reached out to Niyi Akinmolayan who I followed on Facebook at the time, asking him how to go about auditions. He kindly listed some handles I needed to follow on Instagram for audition notices. I followed them, and that was how I knew about my first auditions. The RMD Productions, Ndani TV and MTV Shuga auditions. How did you get the role on MTV Shuga? And Of course Rumour has it? Did you audition for them? How difficult was it fitting into those roles? And what’s it like working with the cast and crew of both productions? – I got the roles on MTV Shuga Naija and Rumour Has It by attending their open auditions.
It was not difficult fitting into those roles because I had a great production team who wanted to see me do well. The directors were more than helpful. When you have that kind of support, getting into character will be a walk-through, literally. The cast and crew of MTV Shuga and Rumour Has It are easily the best out there. I enjoyed every bit of my time with them.
Aside acting,  what other talents have you explored? – I’m a storywriter too. I’ve been published on Brittle Paper, Afreada, The Missing Slate, and an excerpt of my work Balcony was edited and published by Chimamanda Ngozi Adichie on olisa.tv. What would you say paved a way for your acting career? – I’d be dishonest if I told you that there was anything in particular that paved a way for my acting career. I simply made a small move and somehow the universe reacted heavily to that move.
As an Actor, What has been your favorite role so far? And what movie project have you been part of recently? – So far, my favorite role is Cynthia in MTV Shuga Naija. I enjoyed playing her mostly because she was thoroughly different from who I truly am.
My most recent work is Forbidden, an Africa Magic Series where I play the character Jisike.
What role would you love to play that you haven’t yet? – Oh I have only just begun to scratch the surface in terms of roles owing to the fact that I just started last year. So I’m looking forward to playing diverse roles and exploring my strengths.
Ever been bullied in social media? What are your views on Cyber bullying? – I have never been bullied on social media and I have zero tolerance for any form of bullying. I think that measures should be put in place for tackling cyber bullying reports. Take down the pages of bullies and maybe they’ll learn.
What is the one thing,  people will be surprised to know about you? – I don’t know how popular this is, but I think in Igbo. My thoughts are in Igbo, even if I convey them verbally in English. Other than that, I’m an open book really.
What was the most hurtful comment about you you’ve ever read? – I’m yet to read any hurtful comments about me and I’m hopeful that the day never comes. Apart from Acting, what else should we expect from you? Any underground projects? – I’m working on a few stories and exploring different art forms too. When they’re ready, you’ll be the first to know.
If you were to choose,  what 5 actors would you really like to work with? – There are obviously way over five actors that I’d love to work with, but let me try. Lupita Nyongo, Somkele Inyama, Nse Ikpe, Danai Gurira, Funke Akindele. 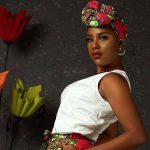 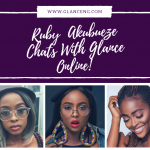