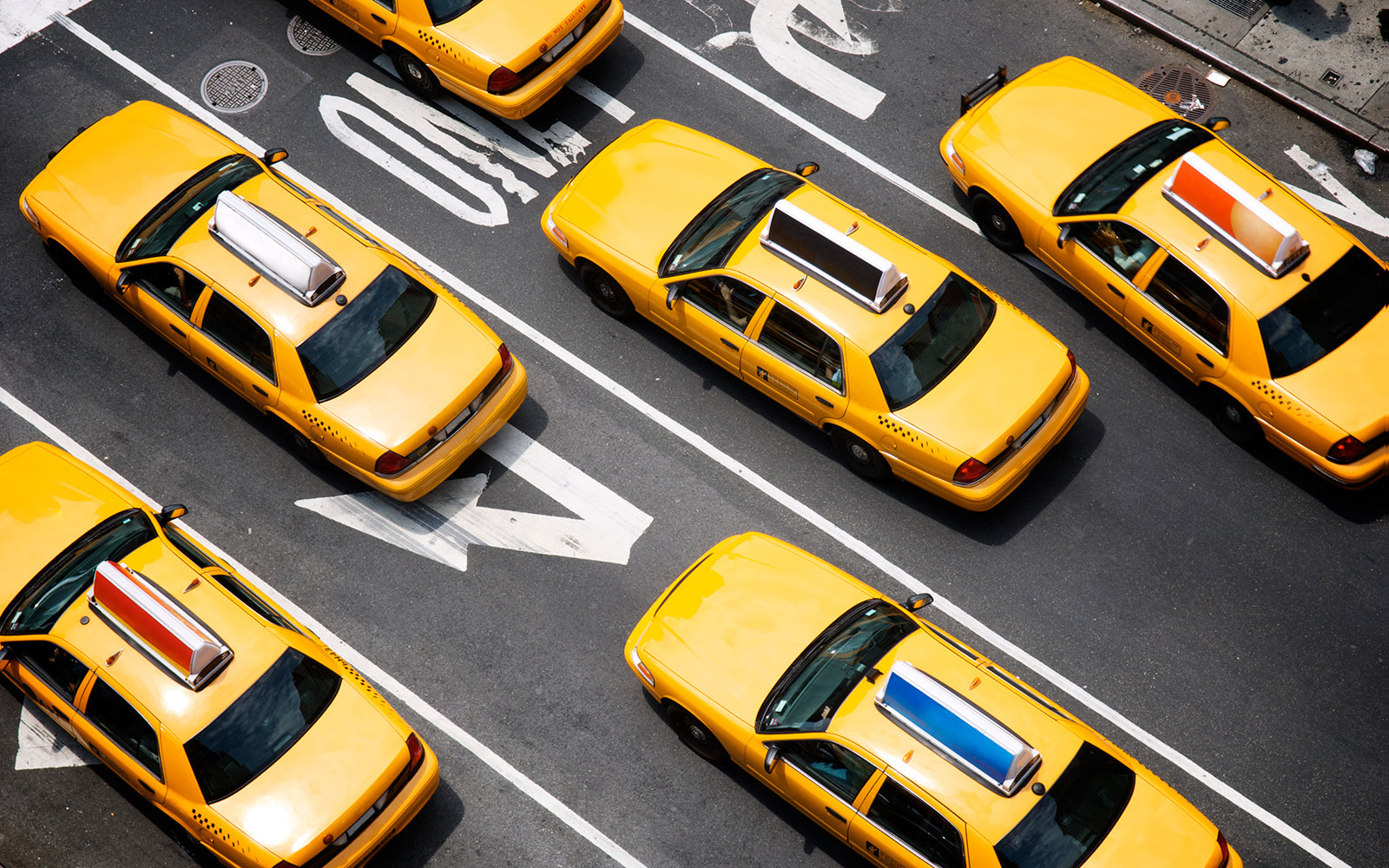 Trust me, when you live in the metropolis of Calabar, and you don’t own a car; even if you do, you’ll still to get to experience real drama with the cab drivers. Personally, I’ve had my fair share of the dish, to last me a lifetime.

This is one of my fears of not wanting to move to a big city like Lagos. The drivers are straight on commandos, their drama? Much more;  than Nollywood.

Now join me, let’s take a ride, while dissecting my experiences with the Calabar taxi drivers.

1) The ones driving with top speed on the speed lane, but still looking for passengers.

See ehn; Just like Williams, “I don’t like what I hate” Uncu how na? How can you be speeding like that and be asking me where ayam going? OK fine. I’ll now say Eta-agbor and you’ll goan stop very far like that, you’ll now be expecting me to run? Gini? Are you carrying me for free? Oh well; as a fresh Calabar babe that I am naw . I’ll now stroll, open the door slowly get in and relax. Omo, that is when you’ll hear the real ranting o.”Look at how you’re walking like your father gave me money to buy this motor. You cannot even try this nonsense in Lagos – and it goes on and on.”

And me, as my mouth no dey close. I’ll respond..” Oga, carry your motor go Lagos. Shebi na there all the money dey.. dey go na”

Omo; and with that one statement, you’ve released the “kraken”.

Driver will talk till you reach your destination. If you get strength, you answer him – if you don’t, sister; abeg find your earpiece.

2) The ones that never have change.

These ones ehn – E be like say dem send dem come from village. Even if it is 8pm, they never have change.

One certain time I entered a cab just from Road Safety to Mayne Avenue by Uwanse, just by that Atu primary school field. I dashed out of the house with just #100 hoping to pay 50-50 to and fro. I got to where I was going, taxi man said no change. I was actually going to leave the change for him. – Then, the man now goes ahead to say “go down, them go give you money to pay back for where you dey go”. – Now; that’s the height of rudeness; like say dem dey pluck money for where I dey go. Dah! I vex major vexing. I sat in the car and insisted he go out and look for change. 20 minutes later. He gives me my change and I gloriously walk away from his cursing and ranting; happy that this time around one arrogant taxi driver didn’t go away with my #50.

3) The ones that will carry passengers headed in 3-4 different direction. See ehn. I don’t even know how to describe these ones. If you know, you know.

4) The ones that find fault with everything you do. These ones; Watch out for them – they’re really interesting. Just try to wind down. You’ll hear “madam, abeg leave that window, I just dey repair am” or Just outright please don’t touch that window.

When they want to pick another passenger; you’ll hear “abeg shift make another person enter”. Like I didn’t know I was going to shift before.

And one funny thing about these ones, all their door knobs are out, you either have to open the door from outside, or he stretches and drags one wire that you didn’t even notice and he hurries you to come down.

Then, your village people comman tempt you to bang his door when you’re dropping; oh lawd – they will finish you and your entire generation with insult.

5) The ones with a general bad mouth. Trust me FAM – these ones you do not want to get involved with.

Small fuckup; they’ll insult you and your entire generation. They will strip you naked with just mouth.

The number of God punish you they’ll tell you; even the worst man on earth doesn’t deserve it.

See. The thing about these ones is that. They’re frustrated men walking about with a lot of pent up energy. Do good to avoid them, but when you have the energy’ take em on.

One time I picked a cab from Ikot Ansa to parliamentary just by Efio Ette roundabout, uncle went to go through MCC promising me that it’s the same thing and that he’ll turn.

Getting to 2nd avenue we meet this hold up that wasn’t moving. Finally, we make it to Third Avenue and driver says he’s not going again so I should pay him, get down and start trekking.

And that day – Lord knows I was ready for any kind of craze.

I told the man I ain’t going nowhere. It’s either he gets to my destination or he takes me back to where he picked me from. Uncle now branches into 3rd avenue just trying to punish me.

And I quietly said to him; “Oga, shebi you know what is called jungle justice. I’ll just shout kidnapper! Kidnapper!  And before you can say jack. They have already put tire on your neck, fuel, and matches and you’re history.

He became so scared – he just came down; opened my door and asked me to come down that he doesn’t want my money again. We then went ahead to render insults on each other’s generation.

I didn’t even realize I was capable of saying such vile things until that day.

I bet that man will not forget me in a hurry.

6) The ones that want to engage you in endless and headless conversation.

He’ll talk about wanting a lady for marriage, an independent woman, to how he started his taxi business.

He’ll talk about when road safety officials or VIO officials seized his vehicle, while complaining about every other driver. And then, move on to complain about the economy, fuel price, bad roads etc.

He’ll tell you of when his uncle brother was into politics, how he helped hundreds of Nigerians and how he was killed by wicked people. Boring conversations that you don’t even care about; so you just keep nodding your head and pressing your phone since putting on your earpiece will be hurting his feelings and you already know he’s frustrated; so you don’t want to just shut him out. And so, you just let him keep talking to feel better.

7) The ones hitting on you that will not collect a penny/the ones that will hit on you, collect their money and even ask for your number and ask if where they picked you from is your house.

8) Pigeon hole – The ones that’ll put a lot of money in their pigeon hole. These ones, I don’t know what their aim in this life is.

You’ll see that whenever a passenger drops, they’ll open their “pigeon” hole and bring out change – even if it is #50.

I once entered a cab, and the driver kept doing this; and then he picked up this good looking dude in a suit. The guy sat in the front sit.

Driver kept opening and closing his “pigeon” hole for change. And damn – He had a lot of money in there.

We get to Mary Slessor roundabout, and the good looking man drops – Driver brings out change. Closes his “pigeon” hole. Good looking man collects his change and gives the driver the brightest smile ever.

It was weird. I kept wondering why he was smiling like he just won a jackpot. I dismissed the thought and continued minding my business. We get to Eta Agbor, driver opens “pigeon” hole to make change and just like that there was no money in it again. Not even #5 that has hole. Lol.

Ehn; driver started crying. He was confused. He was dazed; he was completely helpless.

I was confused too. But something immediately took me back to that man and his mischievous smile.

While thinking about it and of course the driver’s cry was drawing attention. In a matter of minutes, there was a mighty crowd gathered around the cab.

One man now came to give us theory that uncle good looking man must have used jazz to collect all the money. Hehehe

Driver shed tears and blood that day. I got down, paid him and left.

I think he must have learnt his lesson after that day. But if he didn’t, that one is his own cup of tea.

9) The ones that will not look at body size before they carry passengers. I’m small. So I get to suffer this drama a lot. You’ll see that driver will just carry hefty hefty women, now comman carry small me. The funny thing is, these women will refuse to shift for you to sit o – and before you know it, you’ll see yourself squeezed like Titus inside bread. More times, if I’m not in a hurry; I just drop jejerly. You cannot comman kill me on top my own money.

10) Last on my list; but definitely not the least; you know those ones that you’ll tell your destination. Probably – from Mayne Avenue to Akai Effa – They’ll say enter, then along the way, they won’t see any other passenger going in that direction. Omo – them go vex for you like say na your fault wey passengers no dey road. They’ll start to grumble; and by the time they reach Marian, and still no passenger to that side, they’ll ask you to drop.

You’ll stand there and drag this issue. Till one person concedes. And often times, it’s not me o. Me too, I have so much need for money. No be only you e dey do – e dey do me too. Lol 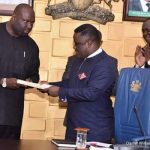 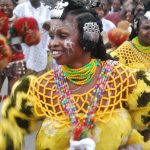