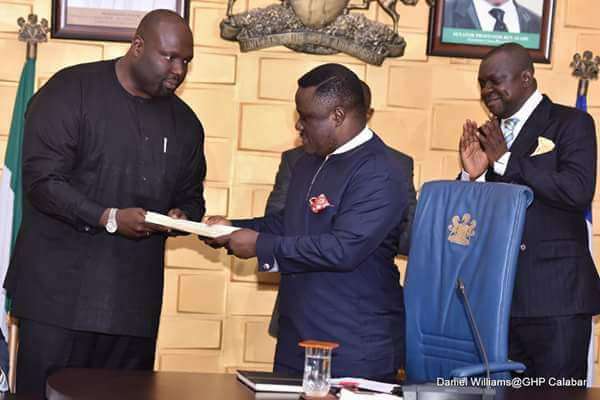 Not because he was not happy;

Not because  of any error or omission; Certainly,  not for any reason that borders on failure;

He wept to spiritually fuel the kinetic instrument , with his very gracious  and golden drops of tears , that can ,with a great force flow into the wide sea of God’s mercy ,  that will produce enough current  capable of  sufficiently forcing wide  open the doors of grace in heaven, in order to completely  wipe out poverty in cross river state, and leave her citizens with more power to dream big, believe in their dreams and themselves , work hard to actualise their dreams , recognized their potentials  and untapped opportunities  hidden by ignorance and  fear of failure within their reach.

So ,when the Congressman, passionately present the estimate for endorsement ,with the intellectual craftsmanship of a siege,  and the clergy ,after the imperial signature on the budget, humbly ,but with all amount of confidence , lifted  it ,  in total dedication to the  creator;  the Almighty  God  on seeing the  good intentions of the chief servant, allowed  rain to fall from his eyes, as   a sign of the lord’ s  total  acceptance of the people and their instrument so dedicated to him.

And I see the true Canaan city coming,  truly flowing with milk and honey in the Golden river of Ayade’s tears.

I see the internally displaced people of Bakassi ,happily rejoicing in the middle of full recognition and economic abundance, thereafter.

I  see  the good people of Odukpani, dancing in joy ,as they fetch from this great river of opportunities to quench their economic thirst. Not too, long , I saw  Biase’s face beaming with satisfactory joy , when their rich forests, swamps and waters became realisable wealth.

Right before me, yakuur and Abi came  with their testimony,  “a people blessed by the great gift of their own great son,  Sen  Lyell Imoke, and the very avatar of our time.”

In less than seconds, Obubra joined,  drawing sufficiently from the crystallized effects of this hitherto, liquid   substances, that nobody initially want to believe that it can take shape in the future.

Before me,  Ikom , Etung and Boki were no longer only cocoa producers, but processing it and  had become major distributors  of the value added  products around the globe. Ayade’s tears is changing  our lives. Yes he cried to God. And God is certainly going to hear him He did not asked for himself . He asked for his people. He did not weep out of pains. He wept to God ,to free his people from poverty and Lark. He wants Hunger , diseases , illiteracy and poverty out from cross river state.

He will not mind what the media say. It came naturally from a clean and compassionate heart of a leader, who draws his strength only from God Almighty.

Do you know that Ogoja, Bekwara ,Obanliku and Obudu, as well as yala are waiting, to tell their story…..  They  are  now waiting to  meal and sell their rice in   the ultra modern rice meal in ogoja  and are also to be major exporters of mealed ogoja rice around the globe.

Ayade ‘s   sincere tears from a contrite hard, kinetically propelled by the prayer of his chosen servant, my brother, the Ntol Njoromfam one of Nkum,  the very Rev  Fr Bob Etta ,  S S A to the Governor, on Religious affairs, will certainly be crystalized into God’s abundant blessings ,that  will change Cross river state , and her people into a land  of  abundant opportunities and  great men and women  of faith, courage, abilities , capacity and determination to realised their dreams., with a clear recognition of what the environment is offering them , and the confidence they have for themselves.

Yes, a people who can always say together, “yes,we CAN”

Let us make use of this boldness of.  a Successful leader, who have broken the very chains that had tied our hands  together helplessly, for poverty to beat us  brutally.

The fear of  failure, the fear of planing above our income, the fear that had always blinded us  from   seeing the impact of our intellectual wealth in the creation of material wealth is gradually leaving us, on sighting the intimidating courage drawn from Ayade’s  constant  motivation. The truism that most often,  you have to “leap before you look” rules us now.
We just have to move with time.
And this  is the time..

The completion of the monorail is a pointer to the fact that one day, the superhighway shall be completed.

The  full operations that is going on ,in the fully functional Garment factory, is telling us that with time and  determination, the Deep seaport will be commissioned for use.

The level of work already done , within this shot time is a confirmation that much will certainly be achieved at the end.

Ours is to believe.
We are to offer our quoter .
We are to stand with the dreamer.
We need not cast him into the pith .
We  are not to tell lies against him.
We  should not think of selling him to  the traders.
We cannot even stop this dream  by attempting to kill the dreamer.

The dream has life.
It is already living in many cross riverians that had lost hopes before now.

It is living  among the numerous youths within the corridors of power today.

This dream lives among women
And many widows.

Yes, the dream is alive in the workers.

It is  alive in the appointed and the elected.

It is the instinctive response to this living dream in us all, that produces the highest ovation  in the Executive Chamber
Whenever “alert” is mentioned in prayers.

It is alive in the old and the beneficiaries of Ayadecare.

The  dream have been living  with the students, even before the dreamer joined politics.

This very dream  had been living among the numerous beneficiaries of the ancient food bank.

This dream  has always provided protection to the physically deformed.

The dream  is what is keeping  many  hopeful.
For life itself is a function of hope.

This same dream ,is the very last hope for the Ukpagada, people ,  an abandoned people, crying to be heard, some where, in ogoja local government area,  of Cross river state , with no access road, nor even a  local government council appointment from creation, yet,  a ward coalition centre ,with the highest number of pooling units and number of registered voters in the ward.

Let us keep the dreamer.
.He alone can interpret the dream to  the end.
He alone has the wisdom to move it out from the dreamworld. , to the material world.

We need to believe and trust him.
We have to support him.
We have to appreciate the human nature in him.
We just have to be fair in the way we judge him.
He is one of us, not  an angel.
He is our brother, raised over us ,as our chief servant, full of determination to give us only the best ,
That he considers to be good enough for his own.

In his nature, he is a good man.
Let us give him time.
Not every dreamer should be  sold out to Egypt.
But even Joseph who was  maliciously sold out
by the brothers ,  ended up as the savior of his
Kinsmen in times of famine.

Let  us keep Ayade.
He has a Strong message of economic liberation for cross river state, and a powerful development pill’s for Africa.
His, is that,  Africans should courageously denounce poverty ,by at least  trying to leap before they look, if looking before they leap has refused to change their success story. To him, and  all the  progressives  blacks of our generation, the right time is now.
For sure, Ayade is the black hero of our  time, next to Obama, by all objective international assessment.

He is the pride of our generation, as natural as he is compassionate. As humble , as he is wealthy. As Pius,.as he is intelligent. As generous , as he is investment conscious. He is a bridge between the rich and the poor. God bless you for Africa.
I see you beyond a Governor.
The system is waiting for your purification.
This good works that God has started with you,
He will surely complete with you in 2023. 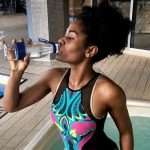 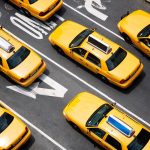 Next Story:
TAXI DRIVERS IN CALABAR