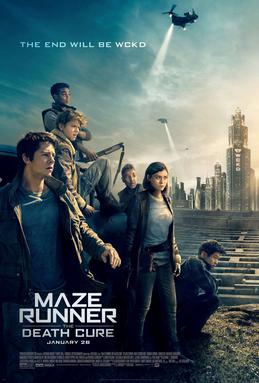 2018 will sure be a year of good movies  and here are six movies you wouldn’t  want to miss for anything in this world. THE CLAPPER: The Clapper is a movie scheduled to be released  for cinema January 28,2018 (just few days left).
Eddie krumble  (Ed Helms) moves to Los Angeles with his best friend Chris at his side, looking for a fresh start and becomes a professional paid audience member of infomercials and other live studio tappings.After a lifetime of drawing the shortstraw, Eddie seems to finally have caught a break as he forms a bond with winsome gas station attendant,  Judy (Amanda Seyfried) ,but when Eddie’s many disguises and telegenic enthusiasm catch the eye of a notorious, night talk show host and his producer  (Adam Levine), they turn  Eddie’s life into the newest national obsession threatening his budding  romance. WINCHESTER:
Scheduled to be released fot cinema February 2,2018. Sarah Winchester came to believe she was cursed by the rifle’s victims and lethal legacy of the “gun that won the west” after the sudden death of her husband and child.
This is the story of Sarah Winchester, heir to the Winchester firearms fortune. At the instruction of a spiritual medium,she moved to San José in 1884 and began round- the-clock construction that would last thirty-eight years and result in 24,000 square foot,160 room Gothic Mansion.
#Biography #Horror #Mistery # Thriller #MichealSpierig #HelenMirren #PeterSpierig #SarahSnook. THE MAZE DINNER: THE DEATH CURE
Release date:February 26,2018
Thomas,a teensge boy, is one of the subjects in an experiment conducted by a government agency known as WICKED.When a manmade disease, known as flare,is introduced to the human population, WICKED startd running experiments  to find a cure. The Flare causes humans to go insane and to become cannibals. Thomas  and several of his friends have been an ongoing part of these experiments that determine which of the subjects are immune to the Flare and which of thr subjects already had the disease. It turns out that Thomas is one of the immune (munnies).when WICKED  offers to remove  a swipe implant from the subjects’ brains to return all their memories to them,Thomas  and a few  of his friends plan an escape from WICKED.
#Scifi #JamesDashner LIKE ME: Release Date: January 26,2018.
After posting a video of herself robbing a convenience store, Kiya (Addison Timlin, Little Sister) amasses a huge social media following. A reckless loner, she sees her sudden internet stardom as a chance for genuine human connection. In her quest for validation, she encounters a drifter, an Internet troll, and a paint huffing outsider who are all pulled into her circle of chaos, junk food, and drugs. Robert Mockler’s visually arresting debut feature, produced by indie horror veteran Larry Fessenden, takes the viewer into a world of fabricated personalities, exposing something gutturally truthful about humanity along the way. AMERICAN FOLK:Relaese date:January 26,2018.
When their plane from Los Angeles to New York is grounded on the morning of September 11, 2001, strangers Elliott (Joe Purdy) and Joni (Amber Rubarth) are unexpectedly thrust together amidst the chaos of that historic day. With little in common but both needing to get to NYC urgently, they accept help from Joni’s family friend Scottie (Krisha Fairchild) who lends the duo a rusty old 1972 Chevy Van. The shock and stress of 9/11 quickly threatens to derail their cross country journey until the pair discover what they do have in common: a love for old folk songs. Armed with a pile of guitars left in the van from Scottie’s touring days, Elliott and Joni raise their voices together (and with those they meet on the road), re-discovering the healing nature of music and bearing witness to a nation of people who, even while mourning, manage to lift each other up in the wake of tragedy. BILAL:
Release date:February 2,2018
A thousand years ago, one boy with a dream of becoming a great warrior is abducted with his sister and taken to a land far away from home. Thrown into a world where greed and injustice rule all, Bilal finds the courage to raise his voice and make a change. Inspired by true events, this is a story of a real hero who earned his remembrance in time and history. 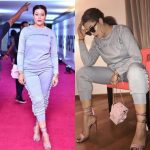 Previous Story:
RED CARPET REPORT: THE LOOKS WE LOVE FROM THE FALZ EXPERIENCE 2017 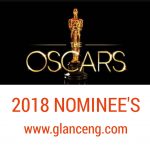