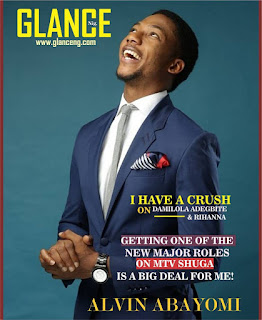 Let me see your hands up, if you have a crush on Alvin Abayomi, like i do (hehe).

I couldn’t contain my excitement when Alvin agreed to grant me an interview for Glance NIG. I looked forward to every bit of it .

I didn’t expect him to be so friendly, open and warm. Trust me when i say Alvin is one supper humble, playful and of course talented actor.

Alvin Abayomi who found his passion for acting while in primary school, began pursuing his acting career Officially and professionally at the age of 19.

He is not just an actor, he is also a model, a scriptwriter, an event host.  Plus so many other talents; all hurled up in one man.

(I am definitely going to make this dramatic) Drum Roles!!! As i present to you one of Africa’s most talented actor and my crush of all times Alvin Abayomi. 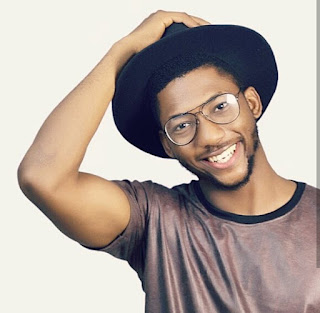 GLANCE: We all know you as a charming and handsome actor on our TV Screen. But who really is Alvin Abayomi?

ALVIN: Abayomi Alvin is from Ekiti State and he grew up in Ondo .Alongside acting, he writes screenplays, models and also host events. He is reserved, loves delicious food, and dislikes any type of odour.

GLANCE: Take us down memory lane. How did it all begin for you?

ALVIN: It began when i was born. Hehe.
Ok on a more serious note…i was in primary school.. It was our end of the session play.. I was given a role to play the King… The passion grew from there.

GLANCE:  Seeing that you began acting at an early age! What do you know now, that you wish you knew when you first started out as an actor?

ALVIN: I wish i had known way earlier that this is what i really wanted to do and not just as a hobby. Would have have done things differently. But I thank God for where i am today.. I really do.

GLANCE: As a new cast on MTV Shuga. How does it feel to be on the series? How did you get the role and What should we expect from your character “Ebisinde”. 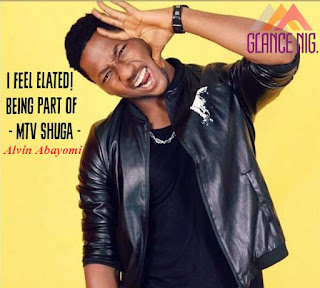 ALVIN: I feel elated… Really great being part of a series recognised worldwide not just for the quality of production but for the social message it passes across.

I went through a closed audition and it is totally awesome getting one of the major characters hundreds and thousands auditioned for.

Expect to either love him,hate him or just be indecisive about him.

GLANCE:  You have been on a lot of TV series; From Jenifa’s Diary to Jemeji and now Shuga. Do you prefer that to Films? 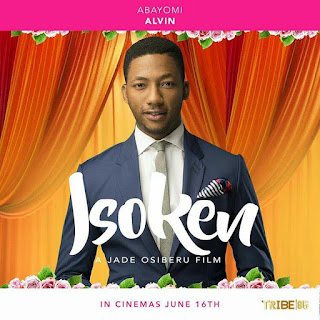 ALVIN: Not really. Funny enough, I have acted in more feature films…e.g  Isoken, You me and the Guys, Mentally etc.

GLANCE: Which is your favourite series so far? 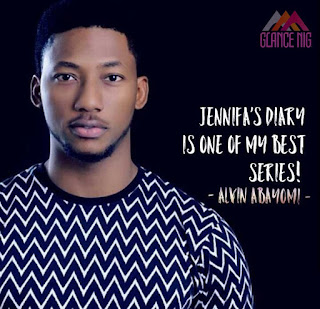 GLANCE: And How do you remain positive and focused within your role?

ALVIN: I clear my mind off other things and just be that character for the period i am playing it.

GLANCE:: Thinking back over your career to date, what has been your greatest accomplishment as an actor?

ALVIN: Getting one of the new major roles on MTV shuga is a big deal for me. I am happy.

GLANCE:  What projects have you been working on? What should fans expect from you in 2018?

ALVIN: Expect MTV Shuga season 6 and other great stuff. I am working on a Tv series, a feature film and a webseries which are all going to be out first quarter of 2018.

GLANCE: We definitely consider you “The ladies man” How do you manage female fans?

ALVIN:As much as i am friendly.. I am also very careful. Focus is the key.

GLANCE:  Ever been bullied on social media? What’s your take on cyber bullies? And how do you deal with it?

ALVIN: Never been bullied but i have seen people get bullied for no reason. It doesn’t make any sense. Any form of bullying is bad and should not be condoned.

GLANCE:  If you were to choose; what 3 actors would you love to work with?

BONUS UP AND CLOSE 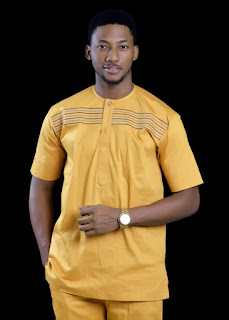 A:Greatest fear? – Not achieving my dreams.

There you have it!  Hope you enjoyed reading every bit of it as we enjoyed bringing it to you.
Don’t forget to leave a comment!  We love to hear from you.  And follow our social media pages:  All @glancemagng 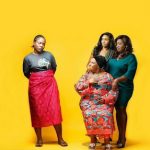