50 COMMENTS ON BOBRISKY’S ARREST THAT GOT US ALL CRACKED UP! 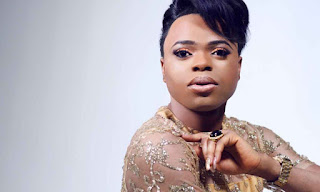 The internet has been on  fire after the news of the arrest of Popular Nigerian Barbey Okuneye Idris Olarenwaju  known as Bobrisky, broke out. Nigerians most definitely lost their chill pill on the subject matter and have turned the situation into a huge joke. Well, Bobrisky has his fans, but the haters override the number of fans he’s got.

The news of his arrest broke out on the 5th {Sunday. With his Unfiltered, no wigs, or makeup pictures going viral on the internet. Even though the reason of his arrest is yet unknown, media houses and bloggers linked it to his recent Snap, where he came out as gay, plus his recent beef with Toyin Lawani: which he claims is behind his arrest.

Meanwhile, The Lagos Police Force came out to deny the claims of Bob’s arrest. According to them: They are not behind the arrest. Which brings us to ask “WHO REALLY ARRESTED BOBRISKY”

Even though Bob has broke the silence,  According to him, Toyin Lawani, is behind his ordeal, while stating he was arrested after he refused to publicly apologize to Ms. Lawani, following their recent spat. He claimed the police petition was filed against him in Abuja and that is why he is being moved to the nation’s capital. He said, in the petition, Lawani claimed that he threatened her.

His PA and House servant Jacob, claims he was out of their resident, when The Police came to arrest his boss. He was out buying Coke and Groundnut he claims. But he was informed by neighbors and eye witnesses on how his boss was beaten and thrown over the gate, because he locked the gate, while he was out.[ We can’t relate, But that’s Jacob’s story]

Popular Gay Activist Bisi Alimi and a Lawyer Festus Keyamo, have come out to state that, Bobrisky can’t be arrested and detained because he claims he is gay. They tagged it Illegal and Unlawful.

So, now that you get the gist, lets move on to the 50 comments on this matter that got us really cracked up. Some we can’t just deal with.

Nigerians are feeling good over his arrest? What do you think?

Previous Story:
CIROC THROWS TOKE MAKINWA A LAVISH BIRTHDAY PARTY | AS SHE LAUNCHES LUXURY BAG LINE – TOTE
Next Story:
BANKY W REVEALS HIS SCARS AFTER HE RECENTLY HAD A 3RD SURGERY OVER SKIN CANCER TUMOURS IN HIS SHOULDER

One Reply to “50 COMMENTS ON BOBRISKY’S ARREST THAT GOT US ALL CRACKED UP!”