As a further boost to its soaring global appeal, Cross River State governor, Senator Ben Ayade has called on the Federal Government to take ownership of the 13-year old Africa’s Biggest Street Party, the Carnival Calabar and make it the  world’s number one tourism event.

Ayade made the call, Monday, when he received the Minister of Information, Culture and Tourism, Alhaji Lai Muhammad, represented by his Permanent Secretary, Mrs. Grace Gekpe on a courtesy visit to his office in Calabar.

According to the governor, “the only way Carnival Calabar can become a strong African event is when the Federal Government begins to show interest by making budgetary provisions for the festival yearly.

We are a subnational, and running parallel carnivals such as is currently being seen everywhere across the country,  does not add value, but the value will come only when the federal government starts supporting us with a vote.”

Continuing, Ayade suggested, “I want the federal government to sponsor each states to participate in Carnival Calabar. This was the same suggestion I made to the Imo State Governor, when I assured him that Cross River State will participate fully in Imo Carnival 2017 as one of the bands.”

According to Ayade, “You can imagine if each state were coming as a band and then we have 36 states competing against  one another, could you imagine where Africa would have been? The whole world will start seeing our greatness.”

Lamenting the establishment of Abuja Carnival the governor said: “Calabar has made the signature in carnival and tourism and instead of straightening it, you now become a competitor. The scenario can be likened to that of a father fighting his own child.

Ayade also decried: “I find it more disturbing the use of the word carnival in the Abuja event, which is in direct conflict with the Carnival Calabar. Rather than  attaching the event with a cultural name they went ahead to call it Abuja Carnival which is why we have refused to make representations at the event because we think is unfair.

“We cannot continue to battle with ourselves. Let us take culture to where it belongs because until now, Cross River feels pained that Abuja is competing with us.”

According to the governor, “Until you change the name to an appropriate nomenclature that does not give us a sense of competition and fine tune the content, Cross River will not associate itself with Abuja carnival.”

On the successes he has recorded so far since he assumed office with the innovative ideas injected to the event, governor Ayade disclosed: “This carnival that we took over two years ago is now ranked among  the best carnival events in the world.”

We have made a lot of progress but this has also put extra burden and a challenge on us. To sustain the current status is not good enough, and to sit back is an absolute disaster. So, we are aiming to become number one by creating more exciting programmes because carnival cannot be static.”

He further hinted: “Some of our white tourists who came to Calabar for the last International Carnival confessed to us that they were shocked to see that black people and indeed Africans can organize event of that magnitude.

“They could not believe that we could have over two million black people on the street without any form of crisis nor incidents. It was a well organized, packaged event from start to finish.”

In her remarks, Permanent Secretary Federal Ministry of Information and Culture, Mrs. Grace Gekpe who was in the state to flag off the first in a three-part carnival dry runs, promised to take up the responsibility of marketing the state to the international community.

She said: “After visiting some of the beautiful sites in Calabar and of course with the latest facility which is the mono rail that links the Calabar International Convention Center with the famous Tinapa Business and Leisure Resort, our ministry is now more than ever ready to market the state to drive the needed traffic to ensure proper utilization of the facilities.”

She lauded the state for growing the carnival so fast in such a short period to an extent of establishing mass camps for each of the five competing bands.

According to her, the event has created a platform for the teeming population to get themselves gainfully engaged and grow the economy. She further appealed to the governor to consider granting the bands a permanent camp to safe cost.

Also speaking, Director General, national Council of Art & Culture, Otunba Segun Runsewe described Carnival Calabar as Cross River State’s own oil well, stating that “If Nigeria must get it right in Nigeria, it must start in Calabar because the city is the neatest in Nigeria and still remains the most peaceful in the country.

“The tourism offerings we have in Calabar is original not artificial. There is no need we spend huge forex outside the shores for vacation. Calabar carnival needs to be aggressively promoted and celebrated because it is the most organized and well packaged event in Africa today,” he added.

Meanwhile The State Flagged off the 2017 Dry Run on Sunday 22nd of October,  in preparation for the year’s Carnival.

Check out Photos from the Dry Run. 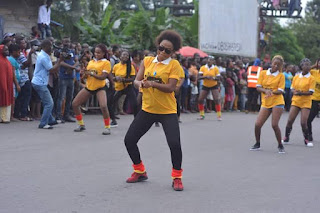 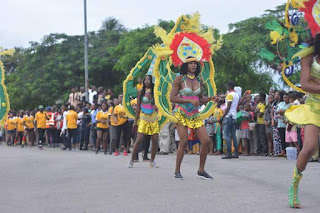 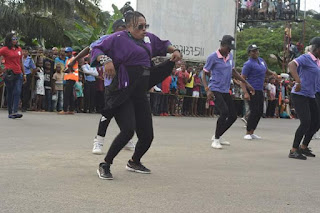 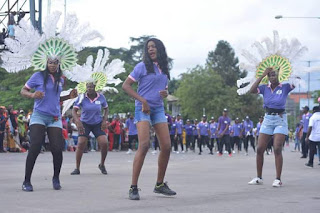 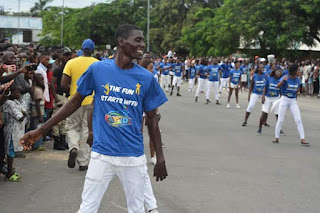 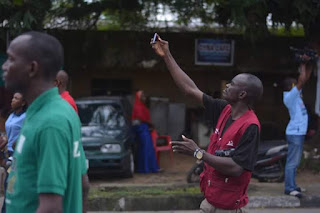 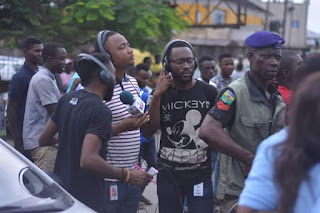 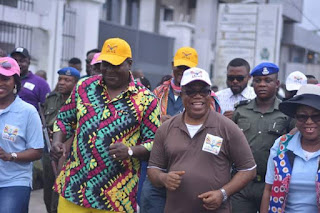 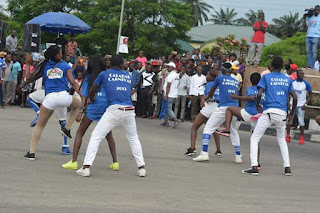 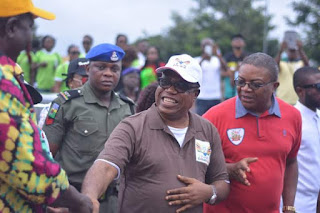