Find out 25 historic events you never knew happened in Calabar. 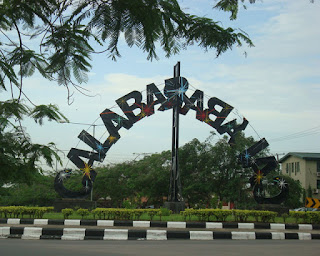 It was named after the Rev. Hope Masterton Waddell who was then a vibrant Presbyterian missionary.
2) The Efik language was the first African language in Print in Africa beginning in 1862.

3) The very first complete translation of the Bible into a Nigerian language is the Efik language.

5) The coronation of the King Archibong III (Edem Asibong Ekpo Efiom Okoho Efiom Ekpo….) on September 6, 1878, marked the very first Royal Church Coronation in Nigeria’s and West Africa’s religious histories. He was also the first king to be coronated wearing an entire regalia sent by the Queen.

8) The late Chief Mrs. Margaret Ekpo was one of Nigeria’s foremost women-rights activists and major participant during the Aba Market Women Riot in 1929, believed to have been remotely inspired by the Calabar Market Women Revolt of 1925.

11) The very first games of Football, Cricket and Hockey were played in Calabar.

12) Professor Lawrence Eyo Ita was the first indigenous Nigerian professor and first premier of the former Eastern Region of Nigeria.

13) The late Hogan “Kid” Bassey was the first Nigerian to win the world feather-weight boxing title.

14) The late Etubom Oyo Orok Oyo-Ita was the first Nigerian to represent Africa in FIFA.

16) Mrs. Cecilia Ekpenyong was the first and only female deputy governor of Cross River State.

17) The first photographic studio in West Africa was established in Calabar in 1876.

18) Willy Eyo Honesty I was the first person in West Africa to compile a dictionary of an African language in 1812.

19) The first medical college and the first School of Pharmacy in Nigeria began in Calabar.

20) The first church wedding in Nigeria was held in Creek Town Presbyterian Church on April 15, 1850.

Put together by Nya Offiong.