BREAKING! FASHION POLICE COMES TO AN END AFTER 20 YEARS! 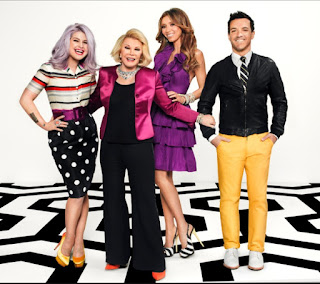 OMG!  I can’t believe this.  One of my favourite programme (Fashion Police) won’t be showing anymore form the 27th of November.

I saw this coming; after Joan Rivers; death! I knew the show won’t go on for too long.

PEOPLE HAVE REPORTED THAT;
The iconic fashion police series!  Will be airing it’s last episode on The 27th of November.  And the special finale will reveal never-before-seen footage including a previously unaired 80s-themed episode featuring the late show co-creator and long-running host late Joan RiVERS.. 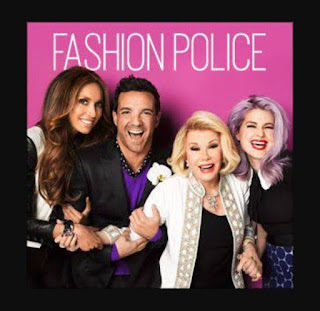 The network announced on Wednesday that the series hosted by Melissa Rivers, Joan’s daughter, will sign off with a special episode, “Fashion Police: The Farewell’’.

Fashion Police was helmed by the legendary comedian since its inception in 1995, covering every major award show and fashion event with Joan’s signature sharp wit. After the demise of Joan, 81, in September 2014, the franchise continued with the blessing of Melissa, 49, as executive producer who also became a co-host in 2015. Other hosts include Giuliana Rancic, Brad Goreski, NeNe Leakes and Margaret Cho. “Thank you to E! for having the vision to see the potential of Fashion Police which changed both the entertainment and fashion industries,”

Melissa said in a statement. “I am truly proud to be part of this legacy.” “For the past 20 years, Fashion Police has been part of the pop culture zeitgeist and it’s definitely been a fun ride for the hosts as well as the viewers across the globe. From celebrity appearances and never-before-seen moments with the late, great Joan Rivers, the finale is going to be a show fans won’t want to miss as we all celebrate the great run the show has had. “I can’t wait!” Rancic, 43, also said in a statement. The special will revisit some of the funniest and most beloved segments, such as “Bitch Stole My Look,” “Guess Me from Behind,” and “Starlet or Streetwalker.” It will also feature surprise celebrity guests, taking viewers behind-the-scenes with insider scoop from cast and crew.

Previous Story:
INCASE YOU MISSED IT | HERE ARE TOP VIRAL STORIES OF THE WEEK
Next Story:
GET LISTED| GLANCE 100 UNDER 30 MILLENNIAL ENTREPRENEUR

One Reply to “BREAKING! FASHION POLICE COMES TO AN END AFTER 20 YEARS!”