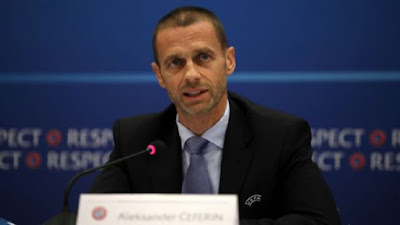 The European body president Aleksander Ceferin has said they will not pardon any club that violates the Financial Fair Play (FFP) rule of the body. He made this known while addressing the media after club presidents in different leagues feel that the big clubs are not being sanctioned enough for breaking the rule which see them spending above the stipulated amount UEFA rule can accommodate thereby flooding the leagues with excess money.

The likes of Paris Saint Germaine (PSG) and Manchester City are said to be big defaulters of this rule mostly as we have seen the french league and the transfer window witness the biggest move in football history,talking about Neymar’s move from Barcelona to PSG.

La Liga president Javier Tebas has said PSG and Mancester City are abusing the rule and UEFA does not want to do anything about it but Ceferin has said there are no clubs big or small who cannot be sanctioned. He did not answer any questions as regards to PSG or Neymar’s move