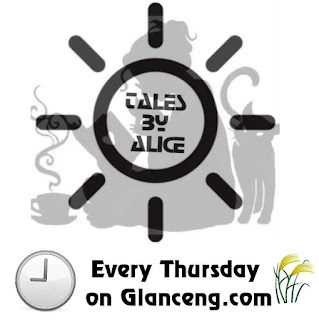 The cake arrived just in time as Linda  got to her house.
She got the cake..signed and gave the delivery boy a really generous tip which made him smile.

Cake in hand…divorce papers, video recorder, handcuff and gun in her bag, linda made her way into the house.
Lilian locked the gate and went in to enjoy the party.

Half way through the stairs, she could hear kenneths’s pathetic voice pleading with Dave.
She hoped Dave had followed instructions and spared his face..

With a big smile..she strode into the room..with her stiletto heels scraping against the wooden floor.

Shock..and then shame was registered all over kenneth’s face.
She was pleased to see that his face was still the same..clean and shaven.

“Linda”
He called out…
“This is not what it looks like…I can explain”
Came kenneth’s voice.

She ignored him..made her way over to Dave and gave him a kiss on the cheek.
She handed the cake over to lilian and turned to face her dear, dear husband.
“Explain Kenneth…im listening”
She replied.

“What is going on here? Why do you have a cake? Why is lilian here?
Why are you here… aren’t you supposed to be in calabar?”
Came all the questions from Kenneth.

Just then, her phone rang.
It was abdusallam…he had found the box of money hidden under kadinma’s bed. He had also found her international passport, visa and  original copies of all her certificates.

She ended the call and turned to her sister still smiling..

“It’s day of reckony K…i bet mum and dad would never speak to you again after today.

Laughing mischievously  (something she had learned to do just for this purpose) she made her way to the wardrobe, got out a tripod stand on which to place the recorder.

Shit was about to get real!!

Abdul let himself in with the spare key his madam had given him..
He was smiling from ear to ear..knowing that his madam would reward him handsomely.
He had found something extra at kadinma’s apartment.. the pictures that were used to frame Dave. He couldn’t wait for the look of admiration on his madam face when he presents the pictures.

He walked into the room, documents in hand and a brown coloured bull mastiff in tow. His madam had ordered him to pick up the beast from lilian’s house. What she was going to do with it, he had no idea.

*****
Linda was indeed pleased with Abdul..and promised him a huge raise before dismissing him.
She turned to her sister, showed her all the documents she now had in possession..and said..
“K..here’s my husband…here’s this ferocious beast. Make a choice.
I know you like to hump things…so this should be fun”

Knowing all too well that she might get infected with a deadly disease from the dog, kadinma picked Kenneth..which was an easy choice considering she’d been doing him for months.

Putting off her recorder, she turned to lilian and requested for the cake.
She cut it into five halves and asked everyone to take a piece.
Dave gladly took one, bite into it and froze instantly.
Linda had fired a shot through his brains.

Startled, Kenneth and kadinma had Screamed at the same time, but they were silenced by Linda’s mischievous laughter as dave’s lifeless body fell to the floor.
Taking the knife out of the cake, she cut off dave’s balls, took the bloody part to Kenneth and ordered him to eat the whole thing.