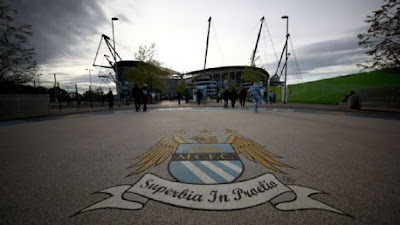 Manchester City are considering taking legal actions against La Liga President Javier Tebas for accusing the club of breaking the Financial Fair Play (FFP) rule and getting away with with it. Man city were seen as big spenders after they paid huge amounts to get most of their new recriuts this transfer season.

The club spent well over 220 million pounds acquiring new signings to boost their squad this summer but the books does not seem to balance up according to reports. Man city had most of their players leave on free while some where sold for little or nothing. The players on loan to other clubs had moved for undisclosed loaning fees. So they did more spending than making profits.

We do not know if they will go back on their decision to sue the la liga president or allow sleeping dogs lay.