LET’S CALL A TRUCE – FEDERAL GOVERNMENT TO ASUU! – ASUU TO CALL OFF STRIKE 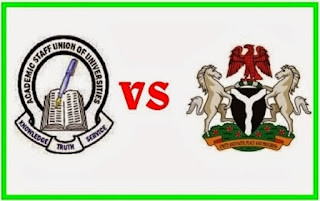 Rumour has it that the federal government and ASUU has called a truce. With the striking universities planning to call off their strike, any time from now.

The Academic Staff Union of Universities (ASUU) had a marathon meeting with the representatives of the Federal Government in Abuja on Friday, where there reached a mutual acceptable agreement. Which includes the commencement of payment of salary shortfalls.

Dr. Chris Ngige also made sure to have assured ASUU that the government had started paying the arrears of salary., with ASUU insisting that the Federal Government must remit N200 billion into the universities’ revitalization fund before the on-going strike can be suspended.

Other issues raised at the meeting included:

2: Fractionalisation of salaries in federal universities and gross under-funding/non-funding of state universities.

3: Payment of arrears and the implementation of earned academic allowance; and the non-release of funds for the revitalization of public universities as spelt out in the 2013 Memorandum of Understanding.

4: Guidelines for the retirement benefits of professors in line with the 2009 FGN/ASUU agreement; Treasury Single Account (TSA) and withdrawal of support for universities’ staff primary schools.