In Port Harcourt; Girl Escapes Death! Runs out Unclad from a hotel room.

According to eye witness report; This Event happened in a Hotel, along Choba axis in Port Harcourt. 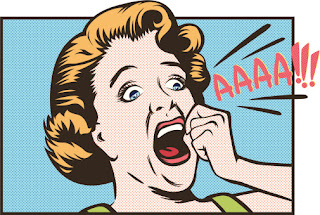 Now here is the story;

This girl came to the hotel, in company of a young rich guy and her friend, they partied into the night and retired to their room afterwards.

Like about 2am, She was seen stacked naked panting and crying,

From all indications something was up,  which made her flee.

She was given wrapper to cover herself up by one of the staffs on duty.

After she was calmed down,  she narrated how she was almost killed for Rituals by the guy who brought her.

According to her; Her friend invited her to go see a rich happening guy who just came into town and in need of fun.

Of course she agreed to go with her friend.  Unknown to her,  This friend of hers was in the plot to kill her for rituals.

She continued by saying:  “We ordered for some food,  after we went up to our room:  the food was served:  I was standing by the window looking outside,  when I saw a reflection of my friend putting something in my food and drink.

I acted normal, and dodged eating or drinking.  I wasn’t so comfortable anymore.

We all went to sleep on the same bed; When I felt something on my body- I knew this wasn’t the guys D****K touching me.

So I immediately turned on the light:  I was shocked to my bones as to what I saw; I can’t explain it…. But it wasn’t human.

I was naked at that time:  My friend didn’t try to stop me:  because she felt I won’t run out naked.

But after what I saw:  I dashed for the door and ran as fast as I could to get help!

Few Minutes after she ran out:  The Other girl and the alleged Yahoo boy came looking for their friend.  When they were asked what exactly they were looking for; They both went back to their room without giving an answer.

The management of the Hotel called the attention of the Police Force:  Who came to arrest the culprits.