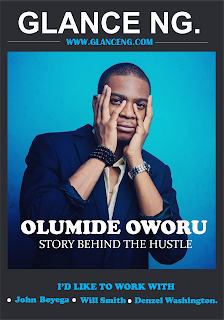 You know him as Weki on MTV SHUGA
And as Tari On The Johnson’s.

He has grown from being a child Actor to an amazing YOUNG STAR.

Olumide, who is from OGUN STATE recently graduated from Babcock University, where he studied Mass Communication, he started out as a Child Actor at age Six with the Television Series – EVERYDAY PEOPLE!

The 23 years old, award winning actor is one rising star to watch out for. 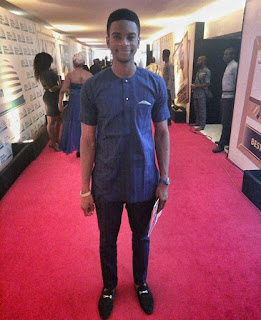 READ THE STORY BEHIND HIS HUSTLE!

1; HOW DID YOUR ACTING CAREER BEGIN?

OLUMIDE – It began with me auditioning for the TV Soap Opera Everyday People. I went on to play the character Wole Johnson on the show for the greater part of my childhood. 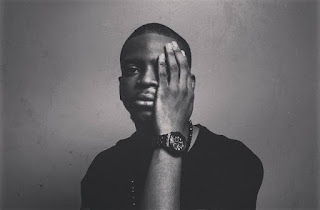 2; DO YOU THINK YOU REALLY UNDERSTOOD WHAT YOU WERE IN FOR WHEN YOU DECIDED TO BECOME AN ACTOR?

OLIMIDE – No, I don’t think so. At the time I was just looking to try something new. I really wasn’t thinking about a serious career. I was just a kid having fun.

3; WHAT DO YOU KNOW NOW, THAT YOU WISH YOU KNEW WHEN YOU STARTED OUT AS AN ACTOR?

OLIMIDE – It’s hard to tell. When you start acting at six years old, there’s not much to bother about. 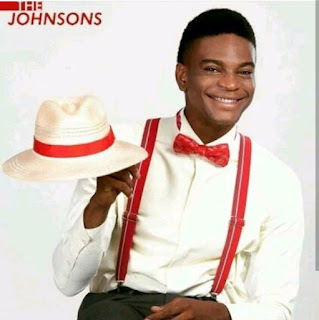 OLIMIDE – I auditioned for the character. It’s a really great experience. I’ve learnt a lot about myself and about acting whilst being on the show. The cast and crew are amazing to work with.

5; ON MTV SHUGA – YOU PLAYED THE ROLE OF WEKI WHO HAPPENED TO BE HIV POSITIVE; WAS IT DIFFICULT FITTING INTO THAT ROLE? AND DID YOU GET ANY FORM OF WRONG STIGMATIZATION?

OLIMIDE– I won’t say it was difficult, I’d say it was challenging trying to understand how it is to be born with HIV and how to cope with the stigma that follows. There have been people who have met me off-screen and have assumed I have HIV in real life. It’s a misconception some people get; confusing an actor’s personal life with his role on a film project.

6; YOU RECENTLY OBTAINED YOUR DEGREE! CONGRATS! HOW DID YOU MANAGE TO JUGGLE BETWEEN SCHOOL AND CAREER?

OLIMIDE-Thank you very much. It took a lot of hard work and prioritizing to be able to act and attend university at the same time. Also, the God factor. Can’t leave that out.

7; WHY DO YOU FEEL ACTING IS AN IDEAL PROFESSION FOR YOU? AND IF YOU WERE NOT AN ACTOR WHAT OTHER PROFESSION WOULD YOU HAVE CHOSEN?

OLIMIDE– Acting is an ideal profession because it allows me tell stories and affects people’s lives. If I wasn’t acting, I would either be a lawyer or a diplomat. 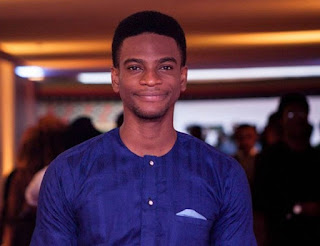 8; ARE YOU SINGLE? WITH THE HIGH RATE OF CELEBRITY DIVORCE, ARE YOU SKEPTICAL ABOUT GETTING MARRIED AS A FAMOUS PERSON?

OLIMIDE – For now, I’m single. I feel like when I find the right partner, there would be no talk of divorce.

9; IS THERE A PARTICULAR ROLE THAT GOT AWAY? A ROLE YOU REALLY WANTED, BUT WASN’T CAST IN?

OLIMIDE– Not necessarily. There’s some auditions that I didn’t get the movie parts. I’m happy to be on as many projects as possible.

10; IF YOU COULD CHOOSE, WHAT 3 ACTORS WOULD YOU REALLY WANT TO WORK WITH?

WHO ARE YOUR TOP 10 NOLLYWOOD ACTOR’S?

BONUS QUESTION; HOW HAVE YOU MANAGED TO STAY SCANDAL FREE SO FAR?

OLIMIDE– Smart decision making and spending most of my time being busy and productive. 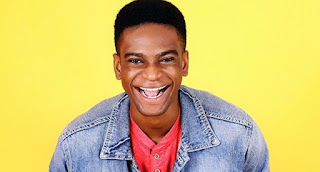 B; ANY UNDER GROUND PROJECT’S? WHAT SHOULD YOUR FANS BE EXPECTING FROM YOU?

OLIMIDE– I’ve got music I’m releasing soon. Also, This is it Season 2 and MTV Shuga season 6, the movies Soldiers Story 2 and Low Lives and High Hopes,