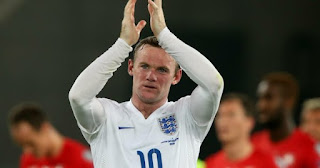 Manager Ronald Koeman is disappointed over Wayne Rooney’s arrest in a drink driving incident. The Everton midfielder and former England international was pulled over by the police around 2 am last Friday after a night of clubbing. The club has not fined the former Manchester united player yet until the legal process is complete.

Meanwhile,his marriage is seeing troubled times as his wife Coleen Rooney was said to be furious at her husband over his drinking habits. Reports are indicating that the marriage might be over but we hope not. His had a cheating,gambling and drinking issues in the past but Coleen always forgave him. Coleen was on vacation with her mother and sons when the incident took place,she came back after the news hit the media.

The player is getting set for a face off with Tottenham this weekend as the premier league is back after the international break.