The Nigeria Police Force is a Demonic Force From The Pit Of Hell!! 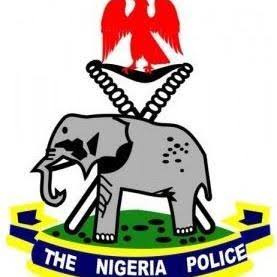 THE NIGERIA POLICE SCAM; STORY FROM MY AKWAIBOM TRIP YESTERDAY

The Nigeria police should be scrapped and replaced with maybe NYSC corp members.
And if your husband is a policeman, you need to divorce him immediately to save your reputation.

I visited the road safety office in Calabar the day I left for AkwaIbom just to be sure that I had all the documents right. They checked and told me I was good to go and since I recently applied for licence, I could use the slip to travel. We set out immediately. I was ready for those witches in uniform this time. I drove all the way across the Itu bridge with disappointment that no officer had stopped me now that I had everything. If I did not have, everybody will be on my case.

Then finally just after the bridge, an officer stood in the middle of the road not minding if my brakes worked, signalling me to clear to the side. It was Officer Willie of the 0166 Highway Patrol. I cleared with all confidence. “Hello Officer” I greeted in my usual way. He smiled back and requested for my particulars. I gave them to him. He scrolled through and started to smile. The next question was “Where is your Police clearance?”. I did not understand. I was sure I had all the particulars required by law. I told him I did not have a police clearance and did not need it. He told me that every other vehicle had it except mine. So it asked him to stop three vehicles and ask for the clearance.

We followed him to the side of the road. He stopped the first car, no police clearance.  I looked at him with one bad eye. The second and third car did not have it either. It was clear that the Police Clearance is a scam document used by police to extort road users. He then went into his police car and brought out a very wretched laminated copy of a police clearance and showed it to me. I had never seen such document.

He then asked me to do the needful as he was about to go to their office with my documents. 30 minutes had passed already. It was clear that Officer Willie was willing to keep me there until night. Ubong told me, “They have guns, we cannot win this argument, at least not here”. He then asked the officer what the needful was. He replied bring N3000. Not even N50? We started to negotiate police money like we were buying stuck fish. He now accepted N500 naira (Felt like more bribe money than Dino Melaye gave the judge) . We paid and drove off.

After a frustrating drive thanks to Google Map that was leading us to Aba instead of Oruk Anam we got to the local government border only to be stopped by Officer Ibok. He requested for our document and we gave them to him. He then starred at it for over 10 minutes. I was already late for my engagement so I asked “Officer is there a problem?”. He started to give me all the reasons why the licence slip was fake. After another 10 minutes of explaining to him, he asked for the “needful” too. We parted with N100.

I’ve  made tonnes of enquiry on this police report certificate and no one has given me a concrete answer on its legitimacy. But it’s continues to show that the Nigeria Police Force is a demonic force from the pit of hell.

Previous Story:
RELATIONSHIPS AND FORNICATION: WHY WE ARE ALL GOING TO HELL (TAG YOUR PASTOR)
Next Story:
Calabar Smart City Project; Laying the foundation for the Growth of Knowledge Economy in Cross River State.