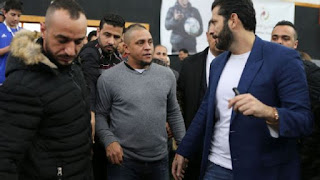 Former Real Madrid defender Roberto Carlos is facing a 3 months jail term as he has failed to pay child support for 2 out of 9 of his kids. He defaulted in the payment and a Rio de Janeiro court has ruled that he should be sent to jail after the family has refused the installment payments he has agreed to make.

The former Brazilian international is said to be owing 15,000 pounds in child support but his lawyer is confident it will be settled and he will not serve the jail term.