91 Years Old Couple Got Their Wish To Die Together 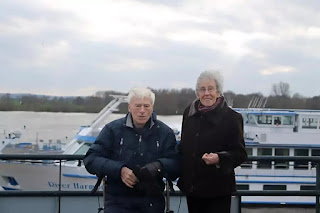 Nic and Trees Elderhorst, who were both 91, and both in declining health, had expressed a final wish to die together.
Nic suffered a stroke about five years ago and relied on antibiotics to keep him alive. Trees cared for him as best as she could, but she too was diagnosed with dementia.
The Didam, Netherlands couple have now passed away together in a rare double euthanasia.
The couple whom had been married for 65 years had filed for euthanasia and after Trees’ diagnosis, doctors determined that both met the conditions. They kissed one last time before passing away hand-in-hand on June 4 2017.
In an interview, one of the couple’s daughters disclose that her mother “Trees” did not wish to live in a nursing home when her husband “Nic” dies. In addition, doctors had said her own case could worsen.