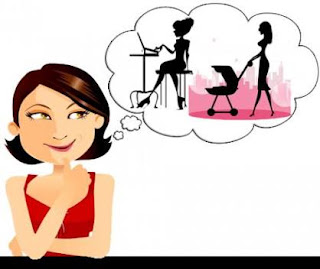 So I Just Read Kedei Ibiang post about how she was pissed off by being called a “career woman” in the wrong context. Basically a career woman is someone who strives to build a life for herself, mostly independent and won’t let anything get in between their goals, including their own family.

Honestly, the phrase is totally harmless in its original sense and many would take pride in being called that. But some feminist perceive it the same way blacks perceive being called nigro which is not necessarily a bad thing. I mean in Nigeria if you call a woman a woman while she is driving, you are in deep shit. So why is this?

OK BACK TO THE TOPIC: Women have developed a defensive nature. They are willing to fight for their right any day or place. This has led many women to pursue their education and strive hard to become something in life. This has also caused much quarrel about the role of women in the family as many women now put their career before family. Let’s be honest, no where in the world are men better at raising children than women. Women are born to raise kids, they have the God given skills and temperament to do it. Men are too strong strong. So that is something women do better than men. Welldone! Now when two people marry, they are meant to compliment not complicate one another, right? Meaning reach person brings together their various strengths, one does what the other can’t and vice versa. If the man can farm and the woman can cook then the man would always go to the farm and when he is back the woman would cook and food for all. But if the woman and man can farm and non of them can cook… wahala. That’s not complementing to me.

How then do we keep women’s aspirations alive? I mean it’s great that more women are trying to be doctors but trust me its really hard raising a family if you are a popular doctor. I visited a home where the mother was barely at home day and night because she always had emergencies to attend to in the clinic. It was disaster. So should we say that women should stay home and raise kids while the men live their dreams? In the US, a stay at home mum is a very prestigious profession. Or should the men be asked to stay home and raise the kids. Even if we men offer to do so I bet the wife would not even agree.  I mean who wants to be the wife to a stay at home dad?

Yes women are fighting for equality, as a UNDP Champion for global goals,  I support that course. But when is equality too equal? Where do women draw the line? What happens when there is no way to balance your career and family responsibility. I mean if your family is suffering because of your career should you slow down? And if you continue, would that then be a fight for equality or stupidity?

Note: Some part of This article does NOT reflecct my personal opinion.

Previous Story:
MONDAY MOTIVATION – HOW 4 MANGO TREES MADE ME A BETTER PERSON BY IDY
Next Story:
RELATIONSHIPS AND FORNICATION: WHY WE ARE ALL GOING TO HELL (TAG YOUR PASTOR)