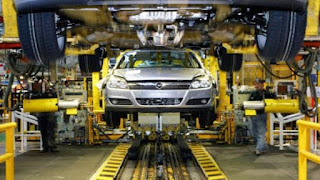 Innoson motors which is the world’s first indigenous “Black” owned vehicle manufacturing company, is set to establish a manufacturing plant in the Capital city of Akwa Ibom State, “Uyo”.

The facility which will create employment for over 1500 youths, and the beneficiaries of the Presidential Amnesty Programme, has received 10 Hecters of land as part of the State Government’s contribution, by the Executive Governor of Akwa Ibom State, His Excellency, Mr Emmanuel Udom,

The governor who immediately instructed the State Commissioner of Lands, Arch Imeh Ekpo, to prepare the C of O, promised to sign it by Friday.

The Chairman of Innoson Group of Companies, Chief Innocent Chukwuma was led by the Special Adviser to the President on Niger Delta Affairs and Coordinator of the Presidential Amnesty Programme, Brigadier General Paul Boroh, to Akwa Ibom State.

More dignitaries in attendance were, the Technical Assistant to the Amnesty Boss, Major Abdul Matti (Rtd), the Special Assistant to the President on National Economic Council, Mr Donald Wokoma and the MD CEO of Jamub Global Services, and Prince Jacob Momoh.